Do you know your wallaby from your kangaroo? Can you tell your finger lime from your finger? And were you aware that the macadamia nut originally hails from Australia?

If not, it might be time for a crash-course in the native flavours of Australia.


The ingredients you’re about to discover are a key part of modern Australian cooking – at Orana in Adelaide, in fact, they’re the basis of the whole cuisine, from giant river prawns from the Northern Territory to the shoots of the Moreton Bay fig.

Each meal can offer a new discovery – or rediscovery, given that most of these ingredients have been sources of food in Australia for thousands of years. Whether you’re born-and-bred or visiting for the first time, there’s no shortage of intriguing things to taste. Here’s a sampling of some of our favourites. 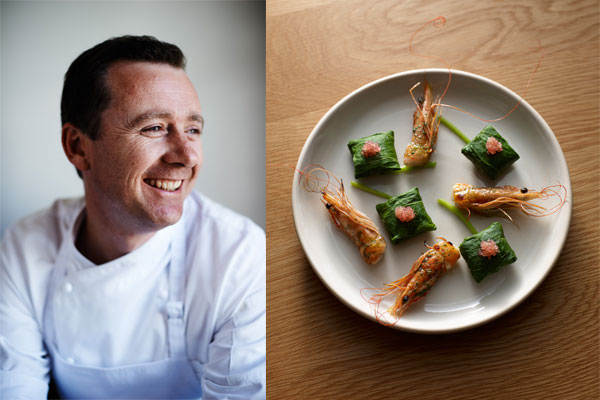 Dan Hunter (left) and prawn, nasturtium, finger lime, from Brae: Recipes and Stories from the Restaurant by Dan Hunter, Phaidon Press, to be published in April 2017 (image: Colin Page)


What is it? The fruit of the rainforest tree Microcitrus australasica is roughly the size of a gherkin, and its thick green skin protects a wealth of tiny vesicles – jewels of acidic juice that pop when crushed by tooth or tongue, like a citrus caviar.

What can I do with it? Noma chef-owner René Redzepi has called this one of the most versatile ingredients in the world, while chef Dan Hunter of Brae in country Victoria says: “We use finger limes not just for the citrus hit but obviously for their great popping texture.”

Where can I try it? No shortage of places. At Brae, Hunter and his team deploy jewels of finger lime atop raw prawns wrapped in nasturtium, and with scampi roe, stirred through a crustacean butter sauce to dress kohlrabi.

What is it? As the name none too subtly suggests, it’s the papery bark of the Melaleuca quinquenervia, a member of the allspice family.

What can I do with it? Don’t actually eat it (unless you’re looking for a really, really high-fibre diet). Chefs use it to wrap things in before grilling or steaming them. The soft, felty layers of the tree’s bark not only protect the meat or fish you’re cooking, but give it a perfume all its own.

Where can I try it? The Murray cod cooked in paperbark at new Sydney seafood restaurant Cirrus is a mighty fine example, not least when it’s served with a vivid and herbal aromatic broth. 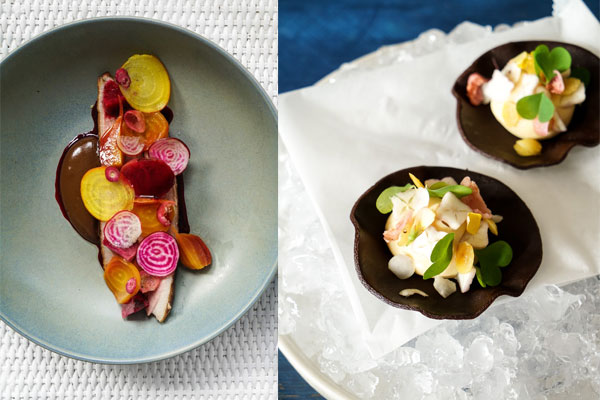 
What is it? Also known as the riberry, the fruit of the drought-resistant syzygium smithii tree has been nicknamed the Australian cherry in some quarters, but its size and tartness also prompt comparisons (however distant) with the cranberry.

“There are subtle flavour and texture variations as well,” says Ben Devlin, chef of Paper Daisy on the New South Wales north coast. “There’s the soft pink berries in December that are easy to eat but not as crisp and sweet as the red in February. The white fruit in May is a little sourer and the purple in August is soft and fresh but not so sweet.”

What can I do with it? “At Paper Daisy, we’ve preserved the small fruit buds as capers, infused the overripe fruits into vinegar or gin, and used them to make a sour jam served with grilled duck,” says Devlin.

Where can I try it? The fresh berries also adorn the Paper Daisy dessert menu with a frozen wattle-seed biscuit and caramelised milk.

What is it? As with the paperbark, we Australians have used all our powers of poeticism and understatement in naming this one: it’s a salty bush. The leaves of plants of the atriplex genus have been used as feed for sheep in Australia for generations, and the resulting “saltbush lamb” has a distinctive taste some commentators liken to the pré-salé lamb grazed on the salt marshes of northern France. In more recent years, chefs have been playing with the younger, more tender leaves as an ingredient in themselves.

What can I do with it? It can be used raw as a salad leaf and is also popular boiled and stir-fried.

Where can I try it? It’s also very good fried. At Esquire in Brisbane, chef Ryan Squires deep-fries saltbush leaves and then dusts them with vinegar powder for a unique take on salt-and-vinegar chips. 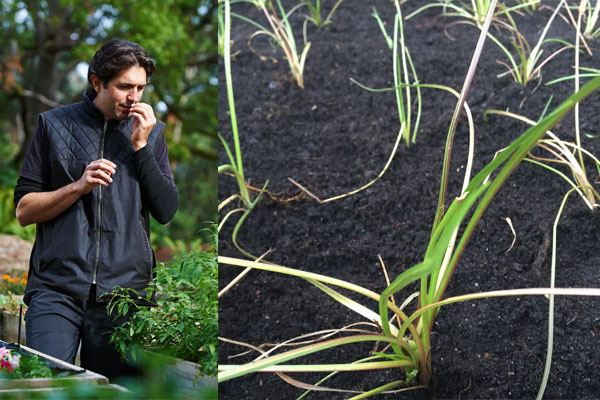 Ben Shewry (left) and murnong in his garden


What is it? Ben Shewry, chef at celebrated Melbourne restaurant Attica, uses a lot of indigenous ingredients, but if he’s asked to name the one he cares about most, it’s something that almost never appears on his menus – or those anywhere else in the country. “I feel like it’s a large missing piece of the puzzle here in Australia. We have plenty of indigenous ingredients that are amazing but sometimes I feel like they’re flourishes – what I really long for is something solid and uniquely Australian to use in place of the potato, something hearty.”

The tuber of the murnong, or yam daisy, argues academic Bruce Pascoe, was a staple food of indigenous Australians that was wiped out by European settlement. Shewry is a supporter of Pascoe’s Gurandgi Munjie project to cultivate the plant on a commercial basis. “I’m longing for the day when we can all buy them from Gurandgi Munjie and support Aboriginal men and women to grow the crops of their culture.”

What can I do with it? There are two key varieties being considered for cultivation in Victoria; Microseris lanceolata can be eaten raw, like a radish, while Microseris scapigera is better cooked.

Where I can try it? At Attica soon, with any luck. “They’re fantastic roasted,” says Shewry. “Kinda dirty in a good way and sweet. I'd like to lightly lacto-ferment them before cooking to see how that enhances their funkiness.”

Want to know where the 50 Best Aussie chefs around the world eat when they go back home? Hear tips from Nahm chef David Thompson, The Ledbury's Brett Graham and Dave Pynt of Burnt Ends.