With less than three weeks to go until Latin America’s 50 Best Restaurants 2017 – which is held this year for the first time in Bogotá, Colombia – we discover some of the traditional Colombian dishes most loved by the local chefs and restaurateurs. 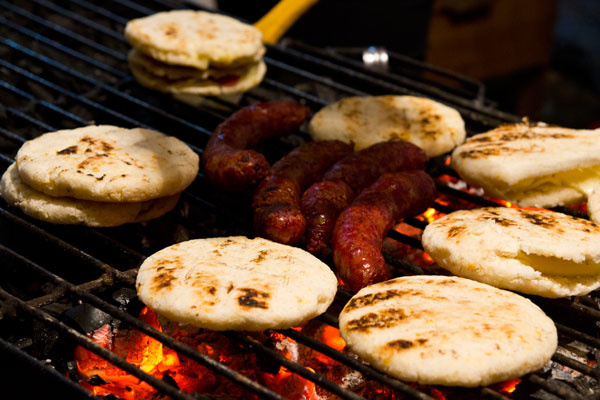 These flat, round patties are made with maize meal or flour and are ubiquitous in Colombia – there are said to be as many as 75 different varieties. Arepas can be grilled, fried, baked, boiled or steamed, stuffed or unstuffed – as versatile as it is popular, the Colombian Academy of Gastronomy even recognised the arepa as “a symbol of national gastronomic unity”. Often sold in street markets and cafeterias, they are especially loved at breakfast but can accompany any meal.

Juan Manuel Barrientos, chef-owner of El Cielo in Bogotá, said: “I love arepas in all their forms. It’s something that all Colombians learn to love from a young age in their homes; they are often served on Sundays and are perfect accompanied by tinto, traditional drip-brewed coffee.” 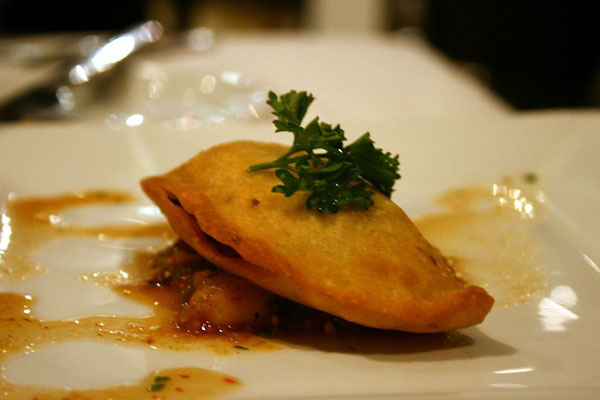 Empanadas are half-moon shaped fried pastries popular across Colombia, with plenty of regional variations. The dough, made with maize flour, is cut into circular shapes that are folded and closed over the filling. They can be stuffed with meat, potatoes, rice, boiled egg or even fish. A traditional snack, they are often served at family meals and festivities. They were traditionally sold outside churches on Sundays, with the money from the sales collected as charity. They are sometimes accompanied by sweet-and-sour or spicy sauces and a lemon wedge. Harry Sasson, chef-owner of the eponymous Bogotá restaurant, is a big fan. 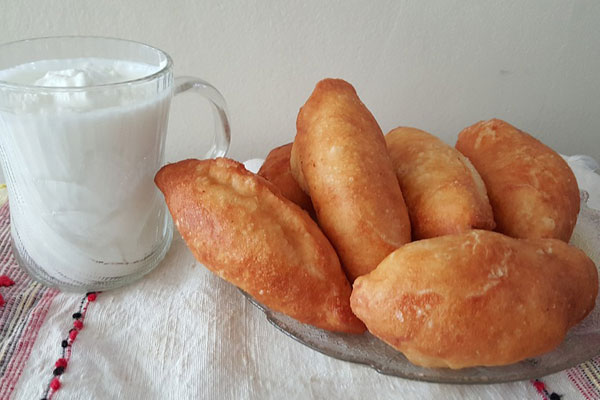 Similar to empanadas, carimañolas (or caribañolas) are small pies wrapped in a yucca fritter, often filled with seasoned ground meat and cheese. They are especially popular on the Caribbean coast of Colombia. The yucca is boiled, mashed and made into balls, which are then stuffed with meat and finally deep fried. They are served for breakfast or as a snack with traditional sauces such as aji (spicy garlic sauce) or suero (a fermented milk-based condiment similar to soured cream).

Sergio Meza, co-owner of Villanos en Bermudas restaurant in Bogotá said they’re “the closest thing to a croquette that we have on this side of the globe.” 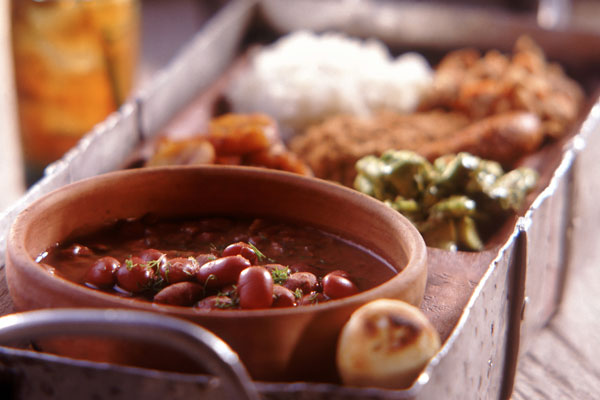 Originally from the Antioquia Department in north-west Colombia (this region is also called Paisa), the ubiquitous characteristic of this dish is its abundance – the name “bandeja” denotes the large plate in which it is served. Some of the typical ingredients are beans, rice, ground meat, pork scratchings, fried eggs, bananas, chorizo, arepas and avocado. The products are all served on a large dish, creating a complete and nutritious meal, which was originally popular among farmers who needed plenty of energy for the day ahead. 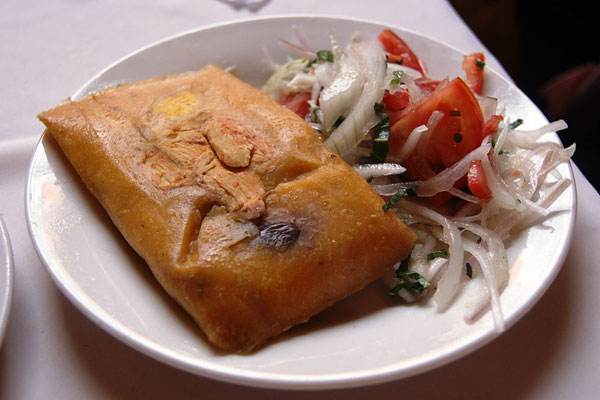 Another corn-based dish, tamales consist of a mixture of dough and filling that is wrapped in a banana leaf and steamed. The dough becomes firmer with the heat and the tamales can be unwrapped and eaten on the go. In some families, they are also eaten as a traditional Christmas or festive dish.

Leonor Espinosa, chef-owner of Leo and Misia in Bogotá and recently crowned Latin America's Best Female Chef, said: “Colombia is the country of wrapped dishes. There are over 60 different leaves used to preserve, wrap and cook different ingredients. Working and cooking with leaves is wonderful and it’s something not everyone knows about.”

Now read our local chefs' guide to eating and drinking in Bogotá.

The fifth annual list of Latin America’s 50 Best Restaurants, sponsored by S.Pellegrino & Acqua Panna, will be revealed at an awards ceremony in Bogotá, Colombia, on Tuesday 24th October. Watch the awards ceremony via livestream on our Facebook page and follow us on Instagram and Twitter and YouTube for photos, videos and news from the event.