TocToc in Seoul has just been named Miele One To Watch for Asia 2017, an award that highlights its status as a rising star on the Asian dining scene. Here's what to look out for.


Chef Kim Dae-chun doesn’t play by conventional culinary rules. It’s not that he’s overtly avant-garde, simply that his menus mix influences – and sometimes ingredients – from Europe, Japan and his homeland: Korea. He also spends months researching and sourcing ingredients either rarely found or somewhat forgotten in Hansik cooking and finds a way to incorporate them into the dining experience at his restaurant, TocToc.

But to what effect? Well, a table at Kim’s casual Seoul destination is rated one of the hottest reservations in a city whose gastronomic temperature is rising to a rolling boil. He recently picked up a Chef of the Year gong at Korea’s Blue Ribbon awards and, most importantly, TocToc is now the proud new owner of the Miele One To Watch title, part of the Asia’s 50 Best Restaurants 2017 awards programme. 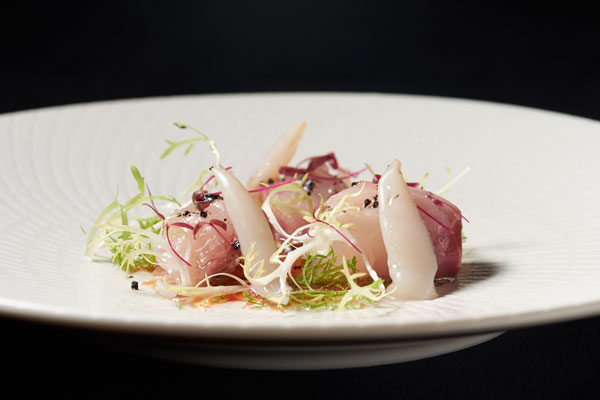 Chef Kim’s family hailed from a seaside town, so he grew up eating fresh fish as a staple. A formative stint as a young chef in Japan, including frequent visits to the world-famous Tsukiji fish market, shaped his love of the freshest seafood. His menus invariably include a raw fish course – sometimes sushi with a Korean laver twist, sometimes even his own yellow tail ceviche. 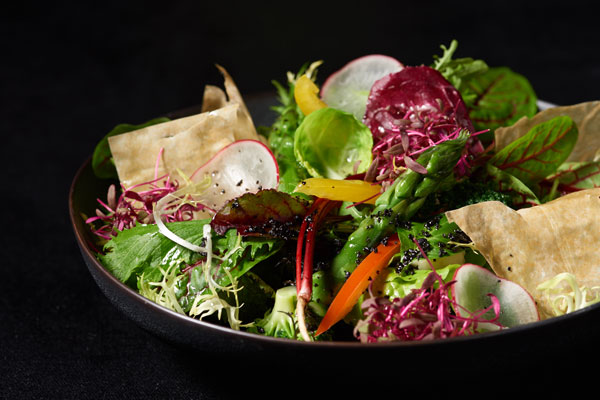 The simplicity of the dish name belies the complexity of its construction and the efforts that go into sourcing and nurturing its myriad elements. Each salad varies daily and will include vegetables and plants cultivated through ‘aquaponic’ agricultural technology –grown in wooden boxes fed with nutrient-rich water – as well as wild leaves and herbs rarely seen in Korean kitchens. 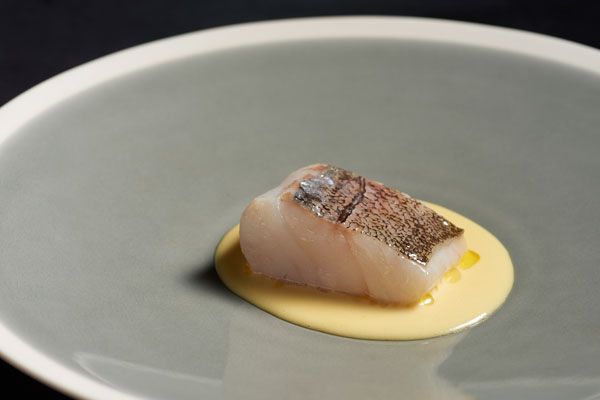 TocToc’s cuisine is fundamentally French, but using highly seasonal Korean ingredients – and this dish embodies that marriage. The fresh cod is line-caught from Korea’s East Sea before being slowly poached in hot butter, resulting in a supremely light texture. It is plated simply along with the classic French sauce and minimal garnish. No fanfare, delicious results. 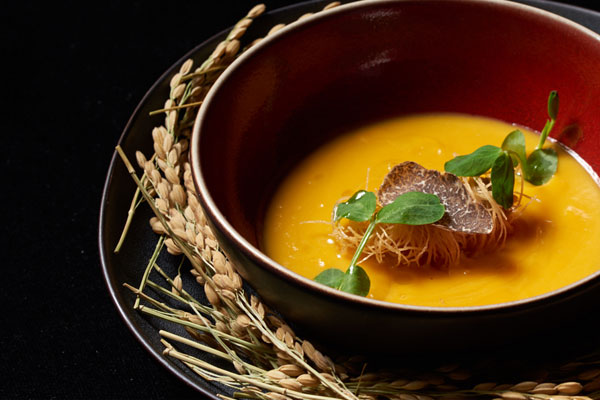 Another menu perennial whose make-up changes according to what’s in season – and what’s found in the market that day. ‘Bowl dishes’ are a nod to Chinese soup bowls in style and presentation, but with ingredients ranging from Korean to European. Variations run from kelp consommé with homemade tofu, a version of the Chinese classic ‘Buddha Jumps Over The Wall’ to butternut squash velouté with kataifi-wrapped winter fish. 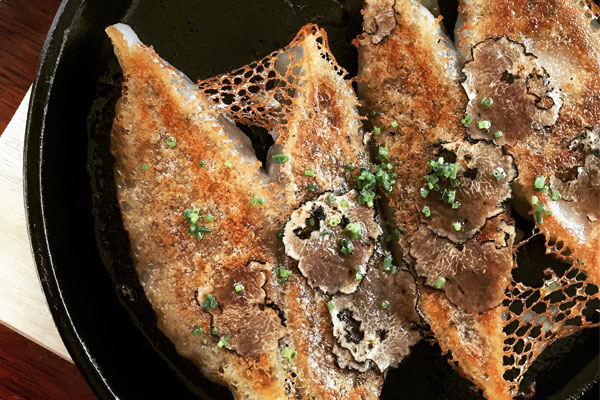 An instant TocToc hit, truffle dumplings reflect the chef-owner’s global travels, incorporating the humble food of the Chinese people with one of the world’s most prized ingredients to create luxury comfort food. Truffles are actually relatively unknown in Korea, so Kim Dae-chun imports them direct from France for this version of crispy fried heaven.