Five of the best Korean restaurants in New York

Header image: bulgogi sliders at Mokbar; fire-grilled bulgogi at Her Name Is Han

It's T-6 days until we kick off KoreaNYC Dinners, a series of special collaboration meals with Korean chefs in New York City in association with gourmet magazine La Main.

Matt Rodbard, author of Koreatown: A Cookbook, gives us his top tips for Seoul food in NYC.

There is no doubt that Korean food is having a certified moment in America. Chefs like Corey Lee at Benu in San Francisco and Beverly Kim of Parachute in Chicago are creatively integrating Korean products like doenjang (fermented soy bean pasta) and jujubes (dried Korean dates) into their high-minded cooking, with a legion of young, upstart Korean-American chefs like Peter Cho (Portland, Oregon), Kwang Uh (Los Angeles) and Deuki Hong (New York City) following close behind.

To truly get a sense of the depth and excitement of Korean food, you must also venture into one of the old-school places; the traditional soup and stew restaurants or the counter selling freshly rolled mandu (Korean-style dumplings). With the possible exception of LA, there is no finer place to eat Korean food in America than New York City.

While writing Koreatown I spent many nights combing the city for the best examples of classic and newly imagined Korean cooking. Here are some of my favourites, located in the heart of Koreatown in Manhattan (East 32nd Street) and beyond.

Best for soups and stews: Hanbat

Tucked away on 35th Street, just north of the main stretch, you will find New York’s best example of what is arguably Korea’s best dish: Gamjatang. Pork neck is stewed in a rich pork stock mingling with black peppercorns, earthy wild sesame seeds and giants hunks of potatoes. Service is swift and to the point, but don’t let them steer you towards a “safer” dolsot bibimbap (mixed rice bowl served in a scorching earthenware pot), unless of course that is what you're in the mood for.

Best for bibimbap: Her Name Is Han 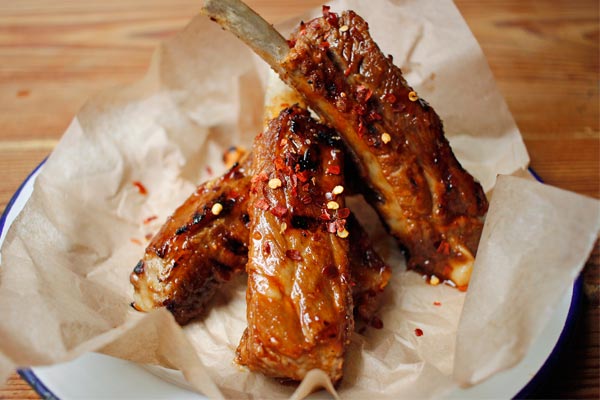 Opened last year and a relative upstart, this sleeper spot on 31st Street is immensely creative. Take, for example, their non-traditional bibimbap, made with farro instead of white rice and topped with seasoned vegetables and a delicious homemade ssamjang (fermented soy bean sauce). The vibe feels like you walked into a hip little restaurant in Hongdae in Seoul.

Due to restrictive clean-air laws, finding a Korean restaurant that serves grilled meat cooked over blistering charcoal grills is nearly impossible. Some would argue that cooking over a gas grill will give the marinated beef a similar charred flavour, but I couldn’t disagree more. Thankfully, Mapo BBQ in Murray Hill, Queens is still kicking it old school.

The fans of Kang Ho Dong Baekjeong include a who’s who in the food and entertainment world: David Chang, Anthony Bourdain and The Roots food-obsessed bandleader Questlove are all featured on the restaurant’s wall of famous customers. The reason they keep turning up to 32nd Street? Chef Deuki Hong is doing all the little things right — which are actually big things when you talk about the scale of this perpetually packed restaurant. The beef he uses in his barbecue is USDA Prime, and grilled table-side with technique from his well-trained servers. The kimchi stew is some of the best in the city. Well worth waiting in line for. 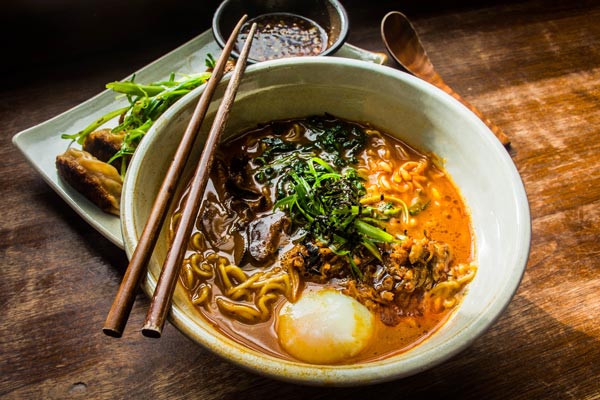 Korean-style ramen, anyone? Merging Korean and Japanese cooking traditions might sound like a political minefield, but chef Esther Choi does this beautifully with what is more a noodle-centric take on classic Korean dishes like kimchi and budae jjigae — the latter a bowl of noodles topped with sausage, pork belly, bacon, kimchi, tofu and Spam. All bowls can be topped with poached eggs, which makes everything better.

Find out more about the five Korean and two US chefs cooking at KoreaNYC and stay tuned for The World's 50 Best Restaurants on Monday 13th June. You can follow the live countdown via our livestream and on Twitter, Instagram and Facebook.