Five years after opening Lyle’s, James Lowe is ready for a new challenge. His new restaurant, bakery and wine bar in London opens today – discover everything you need to know about Flor in the words of the chef

James Lowe’s second restaurant – which he calls “Lyle’s little sister” – is a charming, light-flooded and cosy venue a stone’s throw from one of London’s most bustling stations, overlooking the entrance of the capital’s famous Borough Market. The British chef was ready to channel his creative energy into a new project, and at Flor he breaks free of the UK-only ingredient concept of Lyle’s – which placed at No.33 in The World's 50 Best Restaurants 2019, sponsored by S.Pellegrino & Acqua Panna – to present a delicious menu incorporating influences from all over the world.

Flor opens today with an all-day dining concept, starting in the morning with bread and pastries, followed by light lunch dishes and dinner options accompanied by a wide selection of wines. Discover Flor as told by its creator.

“Bread is very much the heart of the operation and the food is simpler, more fun, more accessible than Lyle's. We are not focusing on volume, we are focusing on quality only. It's important to me that whatever we do, we do really well. It's more accessible and at a lower price point, but that doesn't mean there is anything lesser about the quality.” 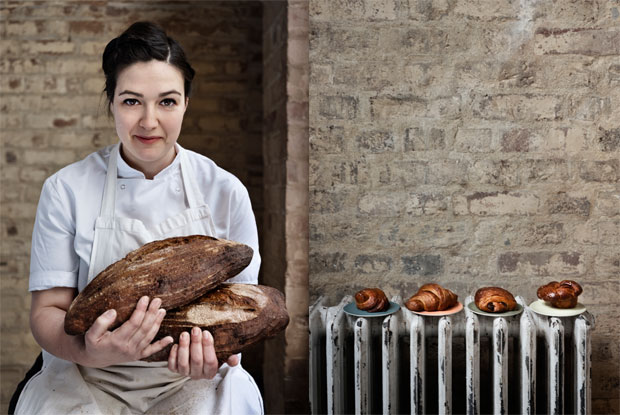 “Flor is a bit more European-leaning than Lyle's. At Lyle's, we showcase what's best on any given day in the UK, whereas Flor is more about London and what's available in the capital, but not necessarily from the capital. We take advantage of the fact that it's a very diverse city with numerous markets and lots of interesting ingredients that come from all over the world.”

“A lot of the dishes here are things that I would cook at home. Home has previously been my outlet for ingredients that we're not ‘allowed’ to use at Lyle's, for example, European cheeses. Comté is on the menu here all the time. I want it because that's what I eat when I get home from work. We are using more interesting spices, elements of heat and little things that aren't grown in the UK, but that are available to us in London.”

“The flours that we are using are all UK heritage grains, which have less strength and less gluten. This means we won’t get a pitch perfect loaf with lots of aeration through the dough, because the flour isn’t strong enough. It won't look the same as what people are used to, but it will taste better. It's about what's more important to you. Do you worry about how it looks, or do you worry about how it tastes? We worry about how it tastes. We are going to bake all the bread for Flor and Lyle's here, and we will also be selling bread in the downstairs bar in the morning, as well as pastries.” 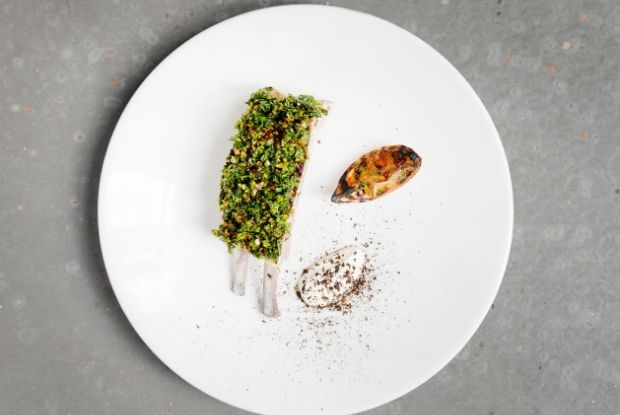 “I moved to a new house recently and there is an amazing Persian restaurant down the road that uses black lime in their lamb dish. It's an ingredient you don't see on menus very much. We braise the lamb ribs with whole black limes, then we make a condiment inspired by Lebanese and Syrian food with yoghurt, squeezed grilled lemon, pistachios, Aleppo pepper, parsley, tarragon and ground black lime. It has this acidic, soumaki style going on. It's very bright, fresh and light, there is no sauce but the meat tastes amazing. I love it.”

“We just fell in love with the building. It's not an ideal restaurant site – it’s almost impractical, split across numerous floors, and the spaces are very small. But when I first walked in, I was like: 'I want this'. I had the same feeling I had when I first walked into Lyle's. Then you worry about the numbers later, which is not a very business-savvy way of thinking, but we can do something special here, and as long as we don't lose money, that's good enough.”

“Flatbreads are easy to share, easy to understand, and you can have a glass of wine with them. On the opening menu we have a flatbread with potatoes through the dough, taleggio – an Italian mountain cheese – and Cévennes onion, which is a light pink onion from France, mild and sweet. For a bit of fun, we're doing it with a bit of black truffle as well.

“The other flatbread we're doing is a take on American bastardised pizza called New England clam pie. It's a million miles away from Italian, but it's one of my favourite pizzas. We are doing a British equivalent of this American-Italian pizza. It's made with an aerated dough, like a Roman-style flatbread dough, and it has Spenwood – an unaged English cheese – with wine, razor clams, mussels and chervil. We took a few things and ideas from all over, but we found a way to make them ours and make them better. That's what the flatbreads are.” 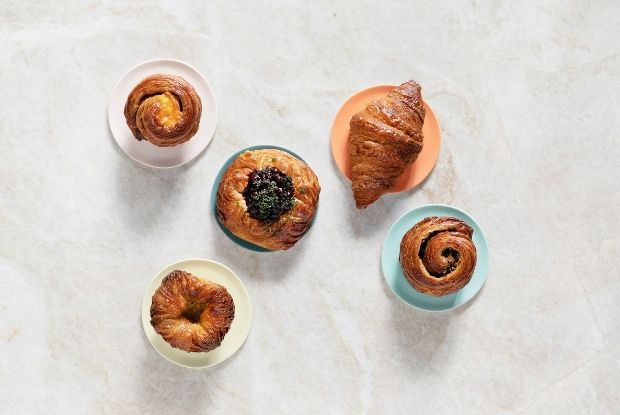 “Lyle's has been open for five years and this has really been the first time that we felt comfortable doing a second project. My pastry chef [Anna Higham] and her baker have been at Lyle's for four years, we developed all the pastry and breads together. She was the natural choice to come over here. I’m opening as head chef and I'll be spending most of my time here for the next five or six months, and Anna is doing the same thing, and then we will work out what's going to happen.”

“We approached the site the same way we approach ingredients for food. We looked around for similar things and what came to mind were the buvettes in Paris – wine bars with simple, small menus, but beautiful and delicious things, or the pintxos bars in San Sebastian. The kitchen is tiny, there is space for only three people, so you automatically lean towards great products that don't take that much manipulation.

“We just embraced it and went: ‘Okay, these are the limitations we have, what can we do given these things?’ And that's what's exciting. You need to have a structure that you can channel your creative energy into and see where it goes.”

“Chefs love problem solving. Cooking on the line, menu writing, organising the food that comes in seasons on the menu – it's all a puzzle. And then, how do you take these great products and make them accessible to people? Even more of a challenge is: how do you do it without it being too expensive? How do you do it without needing too many staff? You work out what the level you want is and you use that to channel your thinking. It's incredibly satisfying to feel that you came up with something that is good without using 50 chefs and without a limitless budget.”