Ahead of Asia’s 50 Best Restaurants 2017, Indonesian writer Duwi Satrio gives us his top tips for a trip to the country’s culinary capital.

Bali has always been an island well-equipped with amazing food, but since Locavore restaurant made its debut onto the Asia’s 50 Best Restaurants list in 2016, the spotlight has been shining brighter than ever, creating pressure but also instilling belief in local restaurants.

For this and countless other reasons, no one should never spend just one day in Bali – in fact, it’s surely against our immigration rules. That said, if you only have 24 hours on the island, there are four places you absolutely must visit. 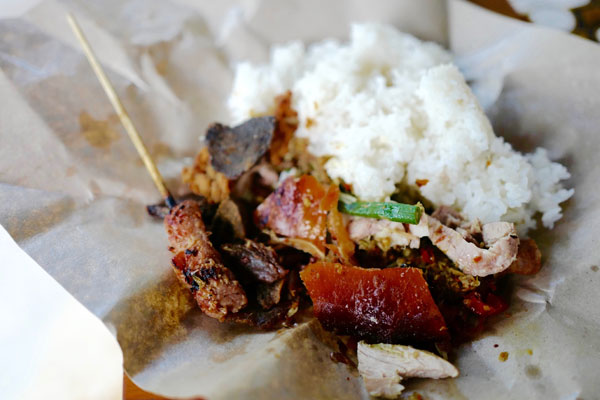 
After an arduous flight and with jetlag haunting the system, there’s only one remedy: suckling pig. One of the staples of Balinese cuisine, the suckling pig is to Bali what ramen is to Japan, and the dish can be found on every corner.

Each local has his favourite but that's OK because truly bad ones are hard to find. If you only have time to try one place, make it Pak Dobiel’s in Nusa Dua. A typical suckling pig platter will consist of white rice, some succulent white meat, pork satay, blood sausage, fried intestines and lungs and magnificent crispy pork skin, all richly flavored with a galaxy of herbs and spices. They open at 9am but lines will have formed an hour before.

Pro tip: arrive early to order extra portions of their unearthly crispy skin before they run out.

The restaurant’s vegan take on the traditional Balinese nasi campur (mixed rice) comes with the usual accompaniments of satays, rendang, lawar salad (young jackfruit, toasted coconuts and other vegetables), bakwan (zucchini and corn fritters), all without the use of meat. The phrase “I can’t believe this is vegan” is commonly heard. 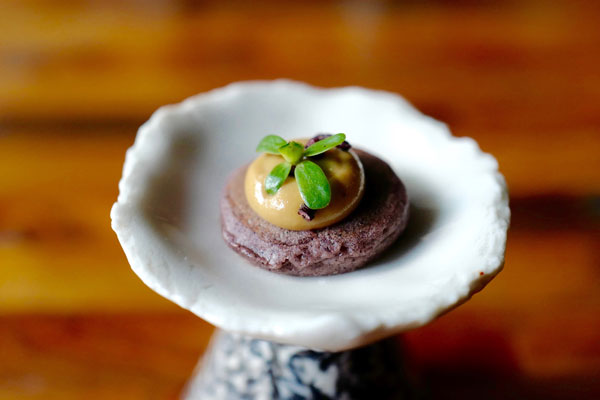 
A year has passed since this humble restaurant was voted into the Asia’s 50 Best list and several things have changed. They have a new dry-aging and curing room, a shiny new cocktail bar across the street, and even new chef wear.

Some things, however, remain unchanged: reservations are still tough to come by and the food is still sensational. By continuing their philosophy of integrating the best local ingredients with European and Indonesian cooking techniques, dishes like Into The Sawah (rice field) – a savoury rice porridge made from Jatiluwih rice with snails that are cooked in garlic stock, a slow-cooked duck egg yolk, and filaments of catfish floss – can, and most definitely will, make your day. If there is only one meal to have in Bali, have it at Locavore. 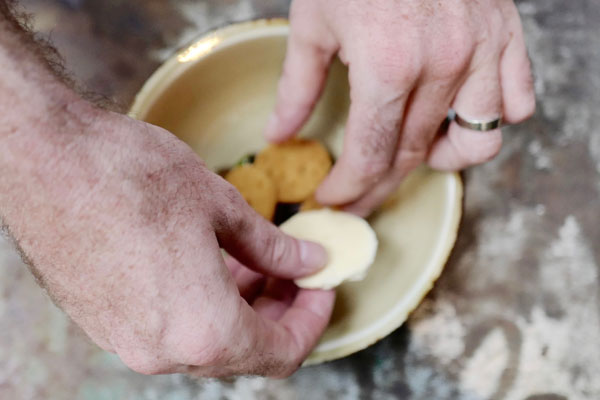 Will Goldfarb prepares one of his dishes at Room 4 Dessert


Will Goldfarb, an El Bulli-trained pastry chef who once received a James Beard nomination for Best Pastry Chef in America and who has trained some of the brightest young pastry talents, including Janice Wong, runs this inconspicuous dessert sanctuary up in the mountains of Ubud.

Why, you may ask, did Goldfarb move to Bali, of all the places in the world? That’s a story worthy of another article, but we locals are glad to have him around so that we can enjoy his nine-course dessert tasting menu featuring sweet treats such as Pumpkin Pi – partly made up of slow-roasted pumpkins, pumpkin cake with dark beer, caramelized coconut gelato and black rice vinegar gastrique. Nine desserts may sound overwhelming at first, but after you finish the last dish you start to acknowledge that you’ll always have room for his desserts.

By the time you take the final bite of your day, midnight should be near and you'll begin to wish there are more than 24 hours in Bali. That’s just one of the spells that this island can cast on you. Do stay longer next time.