As Gaggan Anand's eponymous restaurant tops the Asia's 50 Best Restaurants list for the third year running, the chef reveals his plans to open a new restaurant every year until 2020. Make way for Gaa, Raa, Sol and GohGan – and a second branch of Meatlicious.

Some chefs who reach the very top might pause for breath, and to reflect on their success, but not so Gaggan Anand – he chose to step on the throttle instead. In the two years since being crowned No.1 for the first time in Asia's 50 Best Restaurants, sponsored by S.Pellegrino & Acqua Panna, he has transformed his flagship restaurant with a new menu and R&D lab and now he's investing in new talent to secure his nest egg.

Anand has made no secret of his intention to close Gaggan in 2020, but now he has exclusively revealed to 50 Best that he will merge his operation with La Maison de la Nature Goh, in Fukuoka, Japan, to create a 12-seater restaurant that will only open for enough days to give its two chefs a basic income.

Whilst the original plan was for a four-hands restaurant to run in tandem with La Maison de la Nature Goh, Anand says he has now persuaded good friend Takeshi ‘Goh’ Fukuyama to close his original restaurant and focus entirely on the joint venture.

"I want to leave while I’m at my peak," says Anand. "To convince a Japanese chef to quit his career is no joke. We’ll cook for fun, not for business – just enough to sustain our lives. "

While GohGan will only be open for up to 15 days a month, Gaggan says he will make an income from his minority stakes in several other ventures in the pipeline.

“Every year I’ll open one restaurant and every year I’ll get closer to closing my restaurant,” says the chef. “I’ll have financial stability and great businesses and I’ll be able to eat for free in many restaurants!”

Stage one of his investment plan has already proved successful: the first branch of his casual Bangkok burger joint, Meatlicious, broke even within six months and Sühring, the restaurant run by German twins Thomas and Mathias Sühring that Anand backed in 2016, has entered the Asia's 50 Best list at No.13 within a year of opening.

Now Anand will put his name and money behind three young Gaggan alumni: Garima Arora, Rydo Anton and Solanki Roy, each of whom will open a restaurant within metres of Gaggan in Bangkok.

First to open will be Gaa, the debut restaurant led by 30-year-old Indian chef Arora, who was chef de partie at Noma in Copenhagen and has worked at Gaggan for the last year. After he was introduced to her by a mutual friend, Anand hired Arora as head chef of a modern Indian restaurant that he wanted to open in Mumbai, Arora's home city. When the project fell through – Anand realised he would have to do three times the covers he does at Gaggan in Bangkok to meet the higher overheads in Mumbai – he decided to bring her to Thailand. 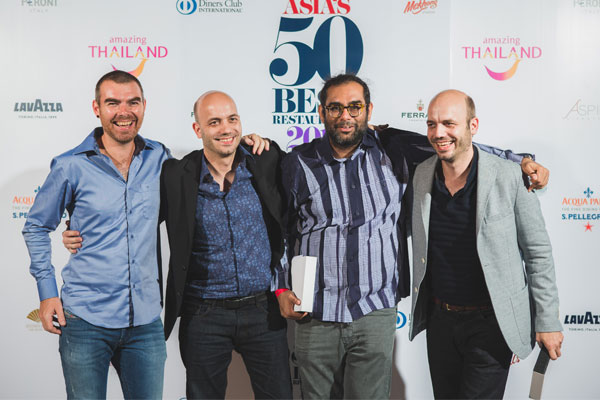 
Now Arora is opening her own multi-roomed restaurant in a former massage parlour-cum-brothel a stone's throw away from Gaggan. Taking influence from her work at Noma and her experience in Asia, the restaurant will focus on locally sourced, healthy, home-cooked food with elements of foraging and fermentation. Gaa is set to open by the end of March and will also house a casual bar area serving tapas-style sharing dishes.

"I spoke to her for about 45 minutes on the phone and I could hear her passion," says Anand of his first acquaintance with Arora. “She met my dream of this female chef who would represent India in a way that nobody has ever represented it before.”

But Arora won’t cook Indian food – everything at Gaa will be made from scratch from local produce and influences for dishes will come from all over Asia and Europe.

Right next to Gaa will be Raa, a Japanese-Indian izakaya and signature restaurant of Rydo Anton, the 27-year-old head chef who has been with Gaggan since 2011. Both restaurants will be housed in a beautiful building overlooking Gaggan, with Gaa's side painted yellow on the outside and Raa's bright pink.

"Rydo has been with me since before we were in Asia’s 50 Best Restaurants," says Gaggan. “He stood by me and now he runs the kitchen with the same responsibility as me. He and I wanted to open a Japanese-Indian izakaya – this country loves Japanese cuisine.”

Finally, in 2019, a site just along from Gaa will be transformed into Sol, a 20-square-metre "crazy" modern bakery and dessert restaurant from Solanki Roy, Gaggan's longtime pastry chef.

"I want to open a Willy Wonka of Bangkok – like a wonderland, pastry-land," says Anand. “Right now, it wouldn’t do well, but in two years it will, because Thailand is catching up with Singapore, Hong Kong and Shanghai. Solanki is my last investment from the Gaggan team.” 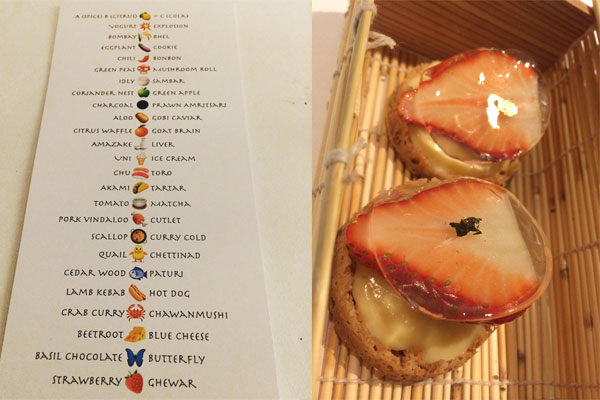 
If the next four years of projects weren't keeping Anand busy enough, he also plans to expand his comfort food restaurant Meatlicious, which opened in Bangkok at the end of 2015, serving beer, burgers and healthy, hearty dishes like quinoa salads. He will roll the restaurant out to multiple Asian cities, starting with Singapore, where barbecue is already popular.

Finally, there are plans for a 10-course children's tasting menu to go alongside Gaggan's 25-courser, which in turn is set to increase to 35 courses – thankfully, with smaller dishes.

Anand's inspiration for the kids' menu came after the birth of his first child, Tara, last year, which he says has “mellowed” him. His adult menu is already written purely in emojis, with diners receiving the names of the dishes only at the end of the meal, and the kids’ menu will be similar but with flavours that are more friendly for children’s palates. “I want to create a tasting menu where the kid thinks ‘my dishes are better than my mum’s’.”