As a Greek South African born into a family of restaurateurs, hospitality is in Natasha Sideris’s blood. With a career as a cross-continental restaurant brand owner behind her and more than 20 sites to her name, she is making her first foray into cocktail-specialist venues with Dubai’s Galaxy Bar. She is joined by her executive bar manager Krystian Hordejuk to explain how their bar in the Middle East has become one of the hottest properties on the planet

Dubai has already established a reputation as a hotbed of the world’s best chefs, but in terms of quality cocktail bars, there has been little to get excited about. All this changed with the opening of Galaxy Bar in February 2019, which has just received the Campari One To Watch Award 2020 as part of The World’s 50 Best Bars awards programme – a first for a venue the Middle East.

In a city of high-volume bars and nightclubs that prioritise a transient party crowd, the operators behind Galaxy Bar took a gamble when they opened a venue with restricted capacity and a bespoke cocktail service that was out of character for the city. Today, their risk finds reward: “To be recognised with the Campari One To Watch Award after a year and a half and to reach this level is just unbelievable,” says Krystian Hordejuk, Galaxy Bar’s executive beverage manager. “It’s a real team effort. I’m so proud of what the team has achieved.”

However, success for Galaxy wasn’t always written in the stars: “We had this awkward square space attached to one of my restaurants that we were using as a storage area,” says Natasha Sideris, owner of Galaxy Bar and a string of 24 hospitality venues stretching from South Africa to the Middle East. “We didn’t really know what to do with it, but I said to Krystian that I thought it had the potential to be a really cool little bar and we immediately started brainstorming the kind of place it could become.”

Sideris is from a third-generation South African family, but defines herself as Greek. One of some 130,000 Greeks living in South Africa – many of whom whose families arrived as part of the diaspora in the late 19th century thanks to the opening of the Suez Canal – she remains ardently patriotic. Her patriotism is manifested in every element of Galaxy Bar’s design.

“The Greeks are ultra-stylish,” states Sideris. “Athens is the epicentre of sophistication and Galaxy Bar is really a temple to Athenian culture. We have many design tropes that allude to the Parthenon: the sculpted bar, the curtains that drape the room, our beautiful terrazzo floor, the marble backbar and, of course, the stars on the ceiling that represent the Athens night sky. The hints towards Greece are subtle, but if you look for them, they’re there.” 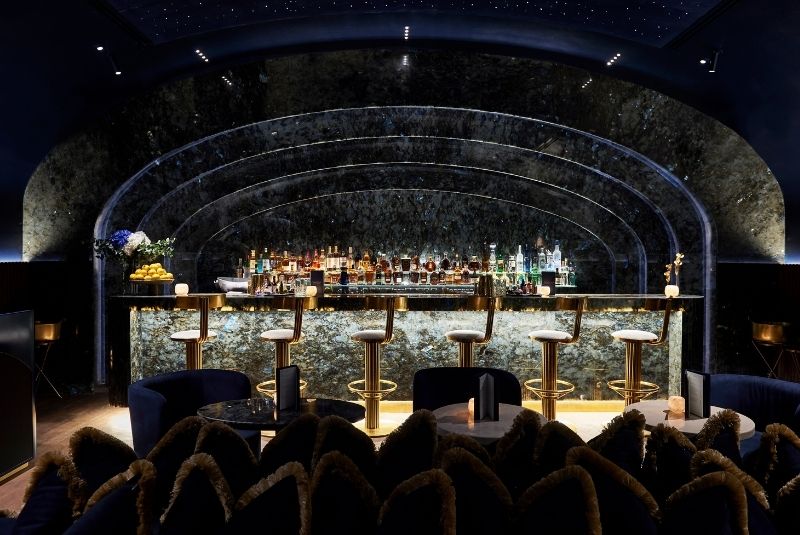 Drinking in modernity
Sideris and Hordejuk were keen to build a venue that will remain timeless against Dubai’s ever-shifting trends, but one that acknowledges contemporary tropes in international cocktail bars. “I’m not a fan of lots of the bar experiences available in Dubai,” says Sideris. “Lots are more like nightclubs and quite gimmicky. There’s a crowd of people here who will follow the latest trends, but will get bored of them quite quickly. Of course, we love hosting a party atmosphere on a Thursday and Friday night, but earlier in the evening there’s a crowd of people who come to talk about the drinks, get to understand the spirits we use and genuinely want to learn about the cocktails that we create.

“When we opened, we were extremely strict about entry, with dress codes, a guest list and the like. We got a lot of pushback and were considered quite snobby, I think, but it’s worked in our favour. We have certain standards to uphold and these are key for us in creating a bar that is not going to date. Everything here is about becoming a timeless classic.”

Integral to this identity is the bar’s cocktail menu. “Our ultimate goal was to create a beverage programme that would please well-travelled experts,” says Hordejuk. “We know that a lot of people who come through Dubai understand a whole range of flavour profiles and will have their preference of classic cocktails. We looked to these classics and challenged ourselves to come up with sophisticated, contemporary incarnations of these kind of drinks.”

Indeed, a quick glance at the list sees fresh looks at drinks that have been reimagined hundreds of times. Scorpius, the bar’s take on the classic Negroni, is prepared with Campari, gin, beetroot-washed red vermouth and chocolate bitters; and the Red Giant, a twist on an Americano, is served with Rooibos-infused Campari, red vermouth, cocoa nibs and hibiscus. 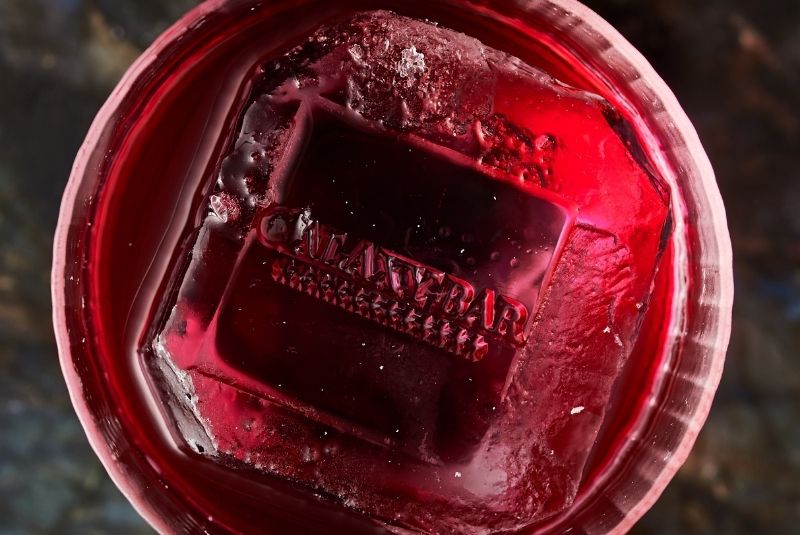 Galaxy Bar's Scorpius cocktail, a take on a Negroni

Tastes like team spirit
The Pole Star for any great bar is its team. With a cast featuring predominantly Italian bartenders, Galaxy Bar has created an international staff that fits its clientele. “Credit must go to Danilo [Pozone, who launched Galaxy Bar but recently departed the venue]. I met him in Italy and asked him to come and work for me and he brought in some great talent,” says Sideris. “For me, someone working here has to have real personality and charisma. I’d rather have someone who may be inexperienced, but with that natural raw talent that Krystian can help develop.

“Staff is so important and it’s not something Dubai as a region is very good at maintaining. People come and go regularly, but we work hard to develop a team ethic where people go out for dinner together, play sports together, socialise together. Galaxy can only fit in five staff, so we make darn sure that they are the best five people we can find.”

Hordejuk agrees: “I’m looking for someone who can talk the talk. Each bartender is our image and I ask myself that if I was a guest, would I like to be served by this person? Creativity and drink-making can be taught, but that personal touch where a bartender or host will go the extra mile without being asked is where genuine good service lives.” 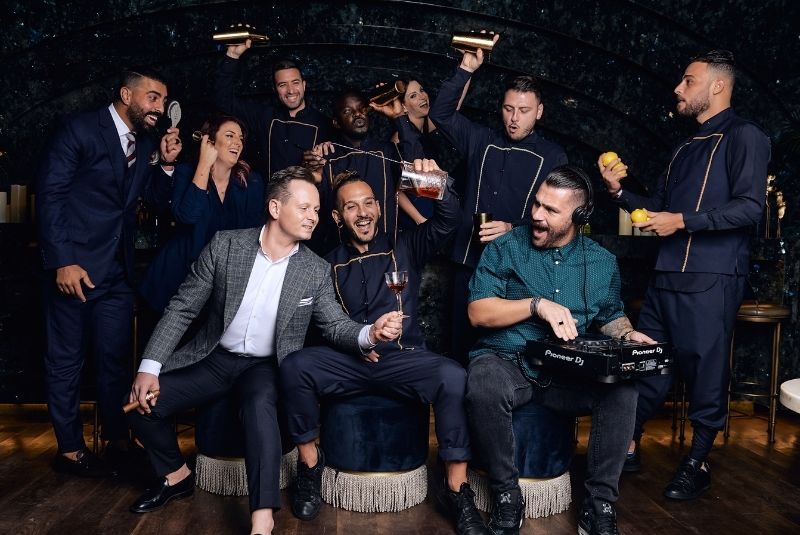 And what is the bar’s definition of perfect hospitality? “For me, it’s a guy or girl who is beautifully turned out in well-tailored clothes, smiling from ear to ear with good product knowledge, who’s got a passion for what they’re selling,” explains Sideris. “It’s backed up by a timeless interior that isn’t going to date and a food and beverage offering that’s recognisable and not foreign to their eyes. Sure, there might be some twists on it, but I will always stay true to the mindset of an old-school restaurateur. If that makes me a dinosaur, so be it.”

The World’s 50 Best Bars virtual ceremony will be open for all to watch. Please join us on 5th November on our Facebook and YouTube channels at 3pm UK time, where we will be streaming the event live to the world.