Guillermo González Beristaín was voted by his peers as winner of the Chefs’ Choice Award, sponsored by Cerveza Modelo, at Latin America’s 50 Best Restaurants 2016.

Here he tells us why the northern city of Monterrey is a jewel in Mexico’s gastronomic crown.

Born in Baja California with a culinary education in the US and training in France and Spain, chef Guillermo González Beristaín is an internationalist, but his heart is in his adopted home city, Monterrey. It is there that he has built his restaurant empire, Grupo Pangea, over the last two decades, with concepts including the flagship Pangea, No.19 in Latin America's 50 Best Restaurants, as well as Italian eatery Vasto, French Bistro Bardot and fusion restaurant Chino Latino.

Since Pangea first opened in 1998, the city has transformed itself and is now becoming a food destination in its own right, says González.

Part of the reason for Monterrey’s success is a boom of new restaurants where the chef is also the owner, says González. “It means the way they cook and run the business at those restaurants is different.” 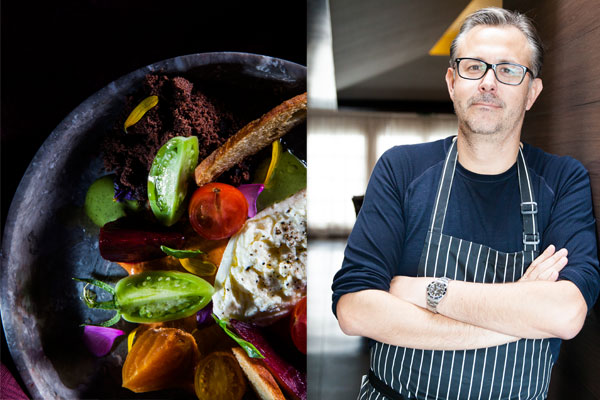 González is also a passionate advocate for Mexico’s young but increasingly respected wine sector, centred around the nearby region of Baja California. He has opened a wine shop, La Esquina de Pangea, and his flagship restaurant has one of the finest wine lists in the country.

“A lot of people don’t know that the first vineyard in the Americas was planted in Mexico,” he says. “There’s a big history of winemaking in Mexico and there are various regions, including Baja California, where we’re making world-class wine.”

Beer, too, is a personal passion, with González co-developing a local craft ale, Bocanegra. “Beer is a very democratic product that in Mexico is drunk by the richest and the poorest people in the country, just like tortillas,” he says.

“They’re the only two products that are so democratic and in the last few years we’ve seen an explosion of wines and artisanal beers that can be made without a huge investment. You can make beer at home with $200 and provide a much better beer to a lot of people. With just five or 10 pesos more, you can get a very good quality beer, so there are some really interesting things happening.”

Finally, he says the Chefs’ Choice Award – voted by his peers across Mexico and Latin America – is a prize not just for the chef and his team, but also for his city.

“I’m very happy to receive the award and it really took me by surprise because I know what it means. The chefs vote for this award so I’m really happy, and happy for Monterrey.”

BreAd – one of the best bakeries in the world. They do excellent coffee and the almond croissants are spectacular.

For lunch or dinner:

Koli, one of the restaurants that’s raising the reputation of northeastern Mexican gastronomy. The ‘meteorite’ starter is unforgettable

Museo Marco for its interesting exhibitions and a permanent collection with paintings by Frida Kahlo and Julio Galán.