Cutting his teeth in the US and Europe in his early 20s, González Beristáin always planned to put Mexican cuisine on the map. Over two decades in Monterrey, the chef has more than accomplished that goal: with six restaurants, a winery, craft brewery and even a mineral water line under his belt, he continues to play a key role in establishing Mexico’s place on the world culinary stage.

In advance of the announcement of Latin America’s 50 Best Restaurants 2017 on October 24th, when González Beristáin will officially receive his honour, we catch up with the chef at his flagship restaurant, Pangea, to reflect on his career – and to talk beer…

How did you get into cooking?

By coincidence – and luck. When I was 14, my dad got me a job during the summer holidays at a family friend’s restaurant. I was a busboy, washing dishes and prepping food – all kinds of stuff. When school started again, I worked in the restaurant every weekend until graduating. There wasn’t a single cooking school in Mexico 30 years ago – although there are 20 in Monterrey alone today – so my only option was to study and work abroad. I fell in love with the business: the best feeling is watching people truly enjoy what you have cooked.

You are originally from Ensenada in Baja California. How has your hometown changed?

Back then, it was a very small town, a struggling wine region and cooking was about tacos and fresh seafood, nothing fancy and certainly nothing compared with what it is today: the most exciting place to cook and eat in Mexico. I would go fishing every weekend and we ate heaps of seafood because that was available in abundance. We only ate mole, for example, when a visiting relative brought it, as we could never get hold of the ingredients. 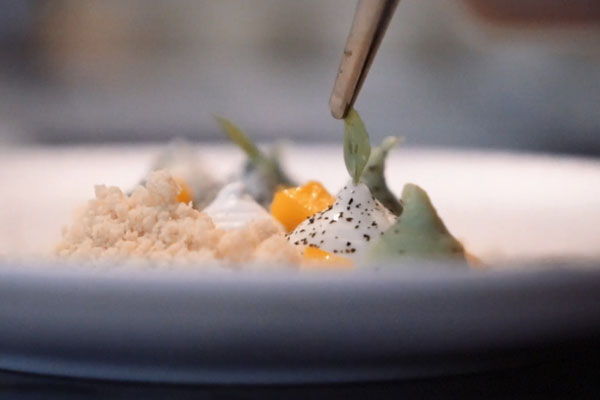 A dish being prepared at Pangea

How did working in Spain and France influence you?

Europe was life changing. As a 21-year-old on his first day on the job in Madrid in 1990, I saw so many ingredients I had only ever read about it – it was incredible. I’ll never forget the first time I saw fresh truffles; their aroma infiltrated my mind. Then the chef gave me a piece to try… Spanish and French chefs have so much respect for their ingredients. I also learned how to shuck oysters properly and how to butcher a hare. Learning all that aged 21, coupled with nurturing relationships with producers, were my biggest lessons.

In 1994, I went to Mexico City’s Mercado Central de Abasto market and, once again, saw so many ingredients for the first time; Mexican street markets and traditional restaurants have certainly influenced my cooking. I’ve had the best of both worlds: using European training on Mexican ingredients and cuisine.

Do you have a restaurant philosophy?

The most important aspect to running six restaurants right now is ensuring that my staff, whether they’re a valet parker or a cook, get the most out of it and improve their life – not just economically, but professionally. That is one of my biggest motivations.

Is there one particular dish that best reflects your cuisine today?

When I opened Pangea 19 years ago, Monterrey was only known for kid, grilled upright and whole. It has been popular here for 400 years. Three years ago, I decided to experiment and give this traditional animal a new lease of life. Beer is also big, so I braised the skin with my own line of dark beer, creating cabrito braseado de salsa de Bocanegra. Kid is still the city’s – and the people’s – food, but this dish offers a more sophisticated take on it. 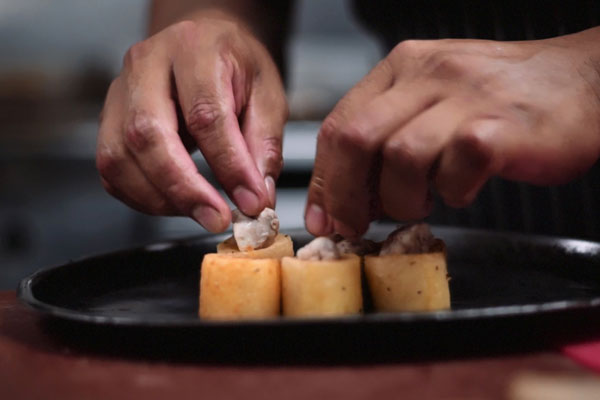 How is your craft brewery Bocanegra doing?

Five years on and we are about to launch a wheat beer, our third, plus we’re working on a barrel-aged grape beer. Beer is the most democratic thing besides tortilla in Mexico. You only need to spend a few more dollars for an incredible beer.

Your wine project, Mariatinto, recently notched up its 15th vintage...

What started out as a hobby with a friend has developed into a project that produces 20,000 cases a year in Baja California. I am finally building the winery in Guadalupe Valley, which will open in 2018.  Wine gives me a great excuse to see my family back home; sharing wine is the most important thing.

Ah, that’s a hard question, but I’d have to choose wine as it goes better with food and in different temperatures. Beer is for the beach; I wouldn't have a beer in cold weather.

First, following a revamp, we are about to reopen Bistro Bardot. But the big one is relocating Pangea. When I rented Pangea’s current location 20 years ago, it was, coincidently, a goat restaurant. We managed with what we had. However, in a few months Pangea will move to an amazing new space about two miles away in an up-and-coming part of Monterrey, which we are very excited about.

González Beristáin will receive his award at the fifth annual Latin America’s 50 Best Restaurants awards ceremony in Bogotá, Colombia, on Tuesday 24th October. Watch the awards ceremony via livestream on our Facebook page and follow us on Instagram and Twitter and YouTube for photos, videos and news from the event.