As Colombian presenter Marcela Venegas announced the name of the restaurant winning not one but two special awards at Latin America’s 50 Best Restaurants – the Highest Climber Award at No.17 and the Best Restaurant in Colombia – there were huge cheers from an audience assembled for the first time in Bogotá for the annual awards ceremony. Sasson had tears in his eyes as he hugged his wife Cristina Botero and collected his trophy to whistles and claps from his peers from across the region.

With a career spanning almost 25 years and five successful restaurants in Bogotá, Sasson has been hailed as one of the great representatives of Colombian cuisine worldwide. He developed an interest in cooking as a teenager and opened his first restaurant, H. Sasson Wok & Satay Bar, at the age of 26. Having just come back from a period of cooking and being mentored by chefs around Canada, including Ken Iaci of Joe Fortes in Vancouver, he was inspired by the Asian cooking techniques he discovered in this city. 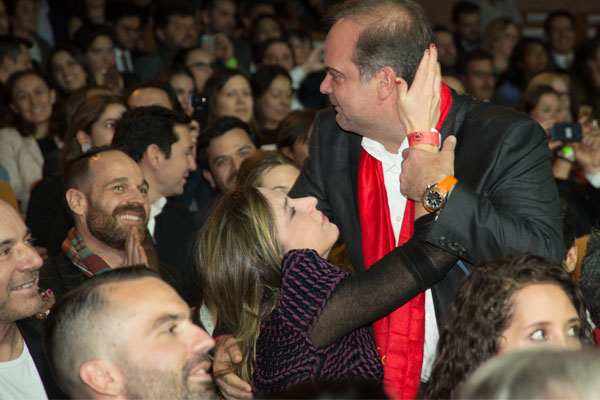 The first opening was a success thanks to the chef's attention to detail and focus on fresh produce. Two decades later, his flagship restaurant Harry Sasson – which has been voted into the Latin America’s 50 Best Restaurants list every year since its first edition in 2013 – continues to show the cook’s passion for Asian cuisine, with a range of special wok dishes. The offering is eclectic, reflecting Sasson’s research over the years, with a menu including a mozzarella counter, flatbreads and pides, steaks, grilled meats and an extensive list of desserts and special Andean coffees.

Sasson is always developing and improving the menu and stills spends a lot of his time in the kitchen, checking the produce and overseeing his young chefs. Harry Sasson’s menu includes local products from around Bogotá and the cuisine is traditionally Colombian, focused on essential and simple cooking. Recipes are also reinvented through combinations of classic ingredients and new flavours – for example, sautéed beans with cilantro or ripe bananas with panela, a traditional dried sugar cane juice.

Harry Sasson is housed in a large mock-Tudor mansion surrounded by lush trees in El Nogal, a modern neighbourhood near Bogotá’s gastronomic centre Zona G. In contrast with the colonial look of the entrance, the dining room is a modern space clad with glass and girders, filled with natural light and made even more airy by the large open windows that allow you to see through the different spaces. The bar dominates the right side of the room and there is also a patio and several elegant private dining rooms. 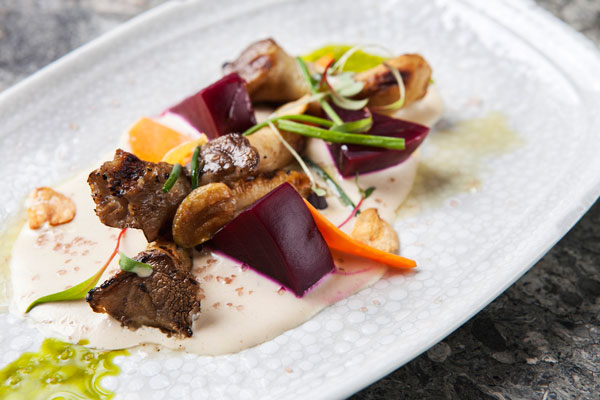 Among Sasson’s dishes, his “remolachas con tahini de palmitos” stands out – a dish made with local beetroots and the chef’s own version of tahini, a sesame seed dip widely used in the Middle East and Asia, reinvented by the chef with palm hearts. Sasson prepares his beetroots in a similar way as roast potatoes, which helps the vegetables keep the nutritional elements usually lost by boiling. Palm hearts are a traditional product used in gastronomy across Latin America: a vegetable obtained from the inner core of certain palm trees.

Among his other ventures, the chef also has Harry’s Bakery and Harry’s Restaurant and Bar in Bogotá, as well as partnerships with French restaurant Balzac and traditional Colombian eatery Club Colombia. Since receiving his trophies at Latin America’s 50 Best Restaurants two weeks ago, he has already overseen the reopening of the Four Seasons’ bar and grill, now under his lead, called Nemo.

If the relevance of Harry Sasson restaurant through the decades is anything to go by, the Colombian cook shows no signs of tiring himself of constant reinvention.