In a first for the Asia’s 50 Best Bars list, two venues jumped an identical 24 places since last year’s ranking, giving rise to a rare joint presentation of the Nikka Highest Climber Award – New Delhi’s Sidecar landed the No.16 spot, while Hong Kong’s Caprice Bar came in at No.10. As two very different bars from cities with fundamentally dissimilar cocktail cultures, 50 Best compares how each approaches its craft on opposite sides of the Asian continent

The shutters are temporarily down at Sidecar, the second Indian bar to break into the list of Asia’s 50 Best Bars, sponsored by Perrier. As New Delhi endures a second lockdown to curtail the harrowing spread of its recent coronavirus wave, Sidecar co-owners Minakshi Singh and Yangdup Lama are gearing up for reopening by crafting new menus, doubling down on their global outlook and remotely fuelling the fledgling local cocktail scene that their work has helped create.

On the other side of the continent, Caprice Bar’s beverage director Lorenzo Antinori has an altogether different task on his hands. As Hong Kong launches back into post-lockdown life with gusto, Antinori is looking to set his venue apart from the ever-competitive pack in a city that is veritably booming after a record showing in the latest 50 Best list.

At first glance, the two venues seem to have little in common. Although as is the case for top bars the world over, a respect for drinks craft, guest experience and inspiration from location are the philosophies that have built their reputation. 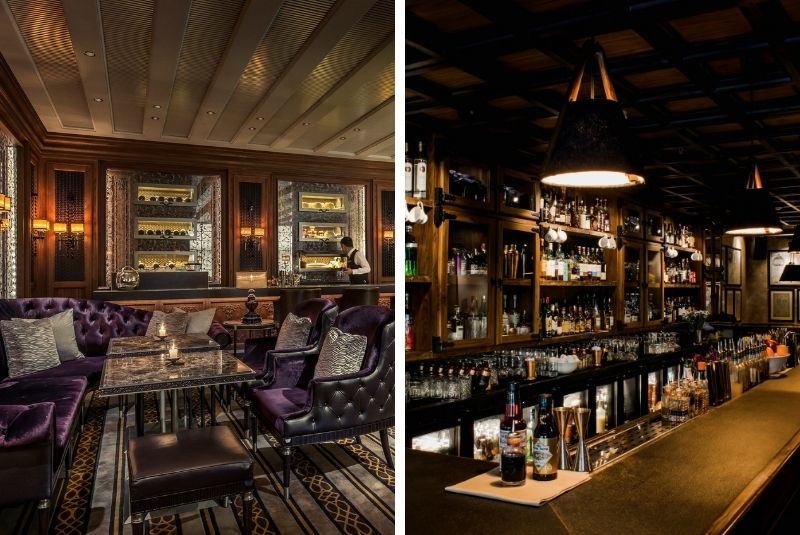 Let’s start from the top: where does the identity for your bar stem from?

Minakshi Singh: Yangdup and I met in 2002 when I was in the second year of my hotel management degree and needed some part-time work. I started bartending and Yangdup was my first boss – he was a hard taskmaster back then, although I think he’s mellowed a bit now… We stayed in touch throughout my degree and our paths kept crossing as I moved into different jobs with booze brands, where Yangdup would be the first person I’d suggest when we needed people to run our training. Every time we met we would start to speak increasingly seriously about opening our own place together.

Yangdup Lama: Running cocktail workshops and tastings for consumers and corporates, I would always meet people who would tell me that they wanted to invest in a bar. The disconnect would always come when we spoke about scale – they would ask how many bars we would have in the next five years; I didn’t have the answer. After many false starts and conversations that came to nothing, in 2012 I asked Minakshi how much money she had to put in and we invested the same amount. We wanted to open a real bartenders’ bar and the only way to do that was to do build it ourselves. So, we launched our first bar – Cocktails and Dreams Speakeasy – in an out-of-town location in a place where the rent was one sixth of central Delhi. Sidecar followed in 2018, but both bars are built with the same identity: a space where guests can sit, relax, drink quality cocktails and chat.

Lorenzo Antinori: The way I found myself at Caprice Bar was quite fortunate. I had been working at Four Seasons Seoul for several years and I loved it over there and really felt at home. The team at head office asked me to come to Hong Kong to open a new bar in the Four Seasons here, but for numerous reasons, the project was delayed. They asked me to take a look at Caprice Bar [the bar linked to the restaurant of the same name ranked No.28 in Asia’s 50 Best Restaurants 2021] to see if I could turn it into a destination in its own right.

Allow the team from Caprice Bar to introduce you to their drinks philosophy:

What were the challenges in building your bar’s reputation?

LA: The bar at Caprice was always viewed as a place where people would just go before dinner – effectively a waiting room for the restaurant. But in my opinion, it was one of the most beautifully designed spaces in the whole hotel, so it had lots of potential. It made a fresh challenge for me in designing a menu that always had to bear in mind what was going on in the restaurant. Working with the chefs has been an eye-opening experience and introduced me to whole new worlds of flavour. I quickly got very excited about turning the area we had into something with its own identity and [which is] as special as the restaurant.

MS: We realised the hard way that New Delhi wasn’t quite ready for speakeasies in 2012. For our first bar, we had a hidden door with a sign saying ‘knock three times to come in’. Nobody did! After three months we hadn’t made a profit. That lesson was an easy one: if you don’t have any footfall, you can’t launch a speakeasy. So we said, ‘Screw everything – let’s get some signage.’

YL: A lot of what we learnt from Cocktail and Dreams Speakeasy we were able to put into practice for Sidecar when we opened in December 2018. Speakeasy gave us the courage to trust our judgement for Sidecar, but the toughest part of building our reputation was convincing Indians that bars are not just for weekends. Every time somebody asked, ‘What kind of a bar do you want to make?’ I always said it has to be a Monday, Tuesday bar. It needed to be a bar where people also think of coming on a Monday and Tuesday, not just on a Friday and Saturday to party with loud music and fast drinks.

So where does your bar fit into its city’s scene?

YL: We see ourselves as key players in bringing real drink expertise and craft cocktails to India. We didn’t start with a launch party of anything like that, we just opened our doors and started running things. We noticed that regulars from Speakeasy made their way across and told their friends who lived in the city. Word spread slowly and organically and the first three months helped us streamline our internal operations.

MS: That is a mistake lots of new venues make: opening with a big bang when they’re not ready to handle it. There will always be glitches in the opening, but we knew if we stuck to the right principles, we would find our crowd. Ours is not a typical Delhi audience. We ended up with a well-travelled crowd who respect professional bartending and an international-style service. They come back to Sidecar because it’s not just about the alcohol, but because it’s the kind of place that appeals to them to hang out. It’s all about getting like-minded people together.

LA: We have tried to develop our own identity here in Hong Kong. There are so many amazing bars; you really have to do something different and create your own niche to stand out from the crowd. With Caprice, we have one of the very best French restaurants in the city, so this gives us our individuality. Moving forward, we will be looking to do more with French drinks: we will be working a lot with cognac, Armagnac, French eau de vie [colourless fruit brandy] and great wines. Having this point of difference really helps the guest understand what we are about before they make a booking.

What kind of drinks define your bar?

LA: The drinks we create have to be reflective of what the kitchen team are doing for the dining room. They use some of the best ingredients in the world and we are lucky to have access to this, so we follow suit by designing a simple menu with eight drinks where each one highlights a key piece of produce. I think the cocktail that really made us a landmark is the Truffle Negroni. At the beginning it was just us trying to be a bit provocative, but as a drink it has really developed. Depending on the season, we will shave either French or Australian truffle directly in the gin; there are no fancy flavour extraction methods. We use 30 litres of gin and the same amount of truffle each time and the flavour slowly develops every time we tap the gin. Essentially, we can guarantee that you will never get exactly the same drink twice. 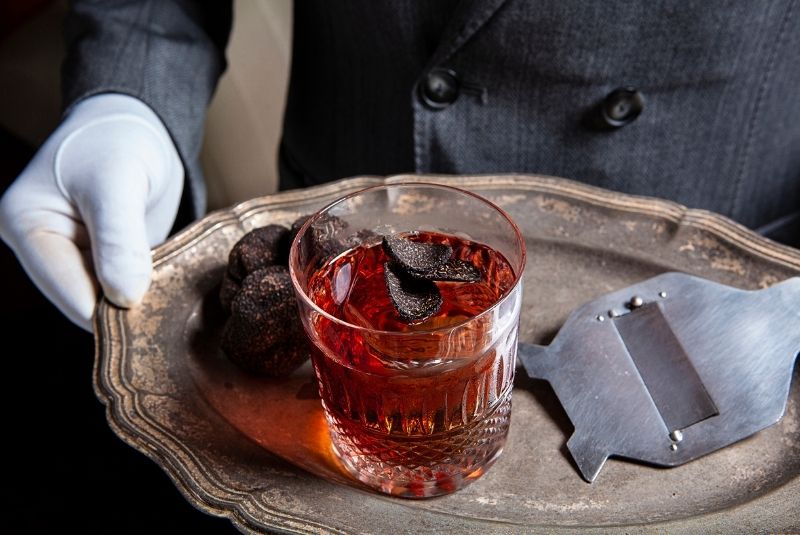 YL: One of the biggest disadvantages here in India is that we only have about 2% of the global spirits you get elsewhere in the world. We combat this by making our own liqueurs and this is where we try to bring in Indian flavours. For example, we created a roasted cumin liqueur and applied it do drinks to give that Indian-ness to show our identity.

MS: Around the time we were going into the first lockdown I stumbled across a book called A Sidecar Named Desire [a book examining writers and their favourite drinks] and it really got our creative juices flowing. It was published in 2018, the same year we opened, so the stars aligned for us to focus a new menu on this. The identity in designing our most recent drinks list – designed entirely throughout lockdown – was to create a set of drinks that were global but each had to have a clear Indian flavour.

YL: A great example of this is our Mint Julep that uses camphor, an ingredient that I remember from my childhood years growing up in the Himalayas. The monks would perform rituals and then give us this holy water. The smell and fresh sensation of the camphor has a real cooling effect on the body. Years later, I was working to design an ayurvedic cocktail list at a spa and I was told that camphor has very positive links to health. Lots of Indian ingredients can have positive effects on the body and it’s something we are ready to share with the rest of the world through our cocktails.

The Sidecar team would like to show you around their bar:

Do you think these liquid identities contributed to your success in Asia’s 50 Best Bars this year?

LA: Honestly, I was so surprised when we were named the joint Nikka Highest Climber. To get the recognition this year was extra special, because the competition in Hong Kong is just getting tougher and tougher. Across Asia there are so many countries coming onto the scene with great bars, great people, great personality. It’s such a strong statement to our team that we are here to stay.

MS: Winning the joint Nikka Highest Climber is a great motivation for us and, of course, for our teams. We are all about showing the diversity India has to the rest of the world.

YL: From the point of view of just running a bar in India, we were very passionate from the beginning, but always felt isolated. What the pandemic and 50 Best awards have done in recent years have helped us connect with the world and show what India can bring to the party. Here we have true originality: so many different dialects, cuisine styles and ingredients. We are not trying to be New York, Singapore or London, we have our own gifts to give and hopefully people will begin to realise that soon. 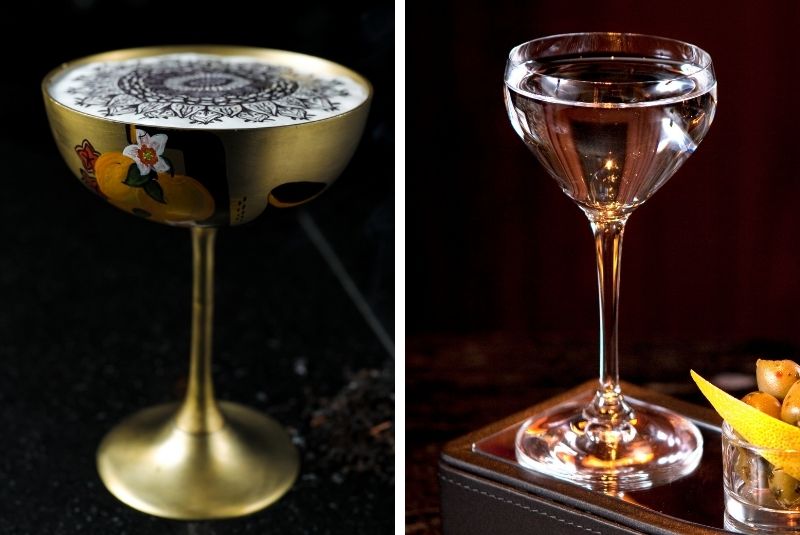 Missed the live event? Catch up on the virtual ceremony and check out the full results for Asia’s 50 Best Bars 2021, sponsored by Perrier. To stay up to date with all the latest bar news from around the globe, follow us on Instagram, like on Facebook and subscribe to 50 Best Bars TV YouTube channel.