Agave spirits enthusiast Jay Khan opened Coa in 2017 after numerous research trips to Mexico. Today, he collects the title of Altos Bartenders’ Bartender after being voted by his peers in Asia's 50 Best Bars as a leading light in the continent. 50 Best meets the man who brought a new way of drinking to Hong Kong

Jay Khan is one of those guys who can’t help but emanate good feeling. He speaks with a Hong Kong lilt that feels as welcoming as the city itself, and when he talks about agave spirits, it comes with a passion that you know comes from deep within. These, when combined, create the textbook archetype of a great bartender.

It’s clear that his peers agree. Representatives from the bars on Asia’s 50 Best Bars list voted Khan the Altos Bartenders’ Bartender 2020, ahead of the virtual ceremony on 14th May.

“Man! It was unbelievable when I got the call to tell me I’d been voted as the Altos Bartenders’ Bartender,” says Khan. “Completely unexpected; a really happy moment. It’s been a depressing few months with everything that’s going on but hearing that my fellow bartenders voted for me has really got me motivated.”

Khan has had a career which has taken him all over Asia. After being inspired working as a waiter in a flair cocktail bar in his late teens, he caught the bartending bug. His craft has taken him to Macau, Singapore and Melbourne, but it wasn’t until he first tried mescal in 2010 that he found his true calling. “I remember it really vividly,” he reminisces. “I was working in Lily & Bloom in Hong Kong, which was one of the first craft bars in the city, and we used to have a lot of experienced American bartenders come over to train the team. One of them had brought a bottle of mescal and it was the first time I’d tried it.

“It was mind-blowing for me. Like nothing I’d ever tried. Completely different. It had so much complexity: it was savoury, earthy and a tiny bit sweet all at the same time. The problem was that I just couldn’t get hold of any more of it in Hong Kong.”

Mexico waves
This fleeting dalliance with agave spirits stuck in Khan’s mind. Two years since his first sip and still without any mescal presence in Hong Kong, he booked a trip to Mexico. “It was around six years ago when I first went out there to explore and study the production,” he says. “I knew I was going to enjoy tasting the spirits, but what I didn’t count on was how much I would love the people. Everyone was so kind and friendly – one of the guys even picked me up from the airport to drive me to tequila town.”

After being taken to the home of tequila, Khan’s love affair took root. He met the craftsmen whose families have been producing agave spirits for centuries and was completely taken aback by the artisanal process. “I’d been to plenty big distilleries and producers before, but I wasn’t prepared for this tiny scale. Some of these places didn’t even have walls, it was just a few old guys and some holes in the ground. Their only focus was simply making a beautiful spirit,” he says. “Tequila I love, but for mescal it’s just all about the culture and tradition.”

Khan ended up spending three weeks on this first research trip and he has returned every year since. From that first Mexican introduction he had the concept for his own bar brewing, though it wasn’t until recently that his plans really started taking shape. “The more I went, the more I wanted to bring a piece of Mexico back to Hong Kong. In 2017 I was sitting down with my friend, who is now my business partner, and we decided to go for it. Within three months we had raised the funding and found the site. Everyone told us that it was a bad idea and that tequila bars had never worked here before, but what I was planning was very different.”

Agave evangelist
On return from one of his more recent trips to Mexico, Khan came armed with a ‘coa’. This scythe-like tool used for cutting the agave plant and extracting the piña core, to Khan, represents the craftsmanship that these artisanal spirits embody. It was an easy decision for what to name his bar and this implement now takes pride of place at the heart of the operation. 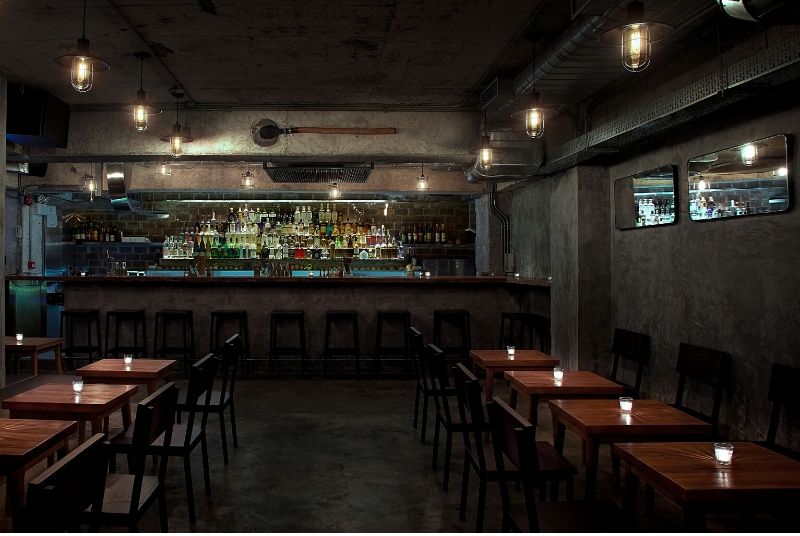 Coa in Soho, Hong Kong, with its namesake tool above the bar

A slightly harder choice, however, was how to introduce artisanal Mexican spirits to Hong Kong locals who would have little or no familiarity with quality tequila and mescal. He chose to make his cocktail list 100% agave-based, at the risk of alienating locals. “We look to educate and explain, but it’s got to be fun at the same time,” he counters. “If people just want a drink, that’s obviously fine. But if they want to get a bit geeky with it, the staff will sit down and explain, speak about their general spirit preferences and suggest something that he or she might like.”

It’s an approach that’s clearly working, as Coa has again entered Asia’s 50 Best Bars list this year, while debuting at No.49 in The World’s 50 Best Bars list 2019. “We realise it was a bold approach, where someone would come in asking for gin and we’d try to convince them to try it [agave]. But people don’t seem to mind when you do it in the right way,” says Khan. “This kind of approach helped get more people to try it and they keep seem to be coming back with friends.”

Paloma, faith
As is the case with the rest of Hong Kong, Khan closed his bar in line with the city-wide coronavirus-related lockdown. He immediately turned his attention to other revenue streams, launching his bar’s legendary Paloma cocktail in a can. “The Paloma is the only drink on our entire menu that has been on it since day one,” says Khan. “I spoke with local brewers Young Master to see if they wanted to collaborate. We had a chat and we decided to can our Paloma and the pick-up has been brilliant.” After an initial canning run of 2,000 units, which has nearly sold out, there’s talk about producing more. But for the moment, Khan has more immediate issues that require his attention. 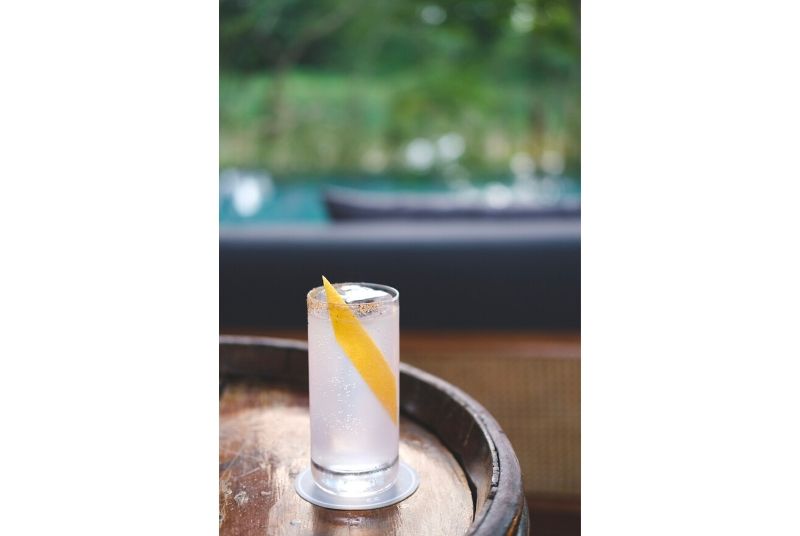 Jay Khan's legendary Paloma, which has been on the menu since day one

Tomorrow sees Coa reopen as Hong Kong ends its lockdown. “We are buzzing about Friday,” he says excitedly. “We are only going to be at 50% capacity to maintain social distancing guidelines, but it will feel good to start making cocktails again and have people in the bar.”

For Hong Kong locals, Friday, 8th May, will be particularly poignant. Not only does it mean that the city’s pandemic situation is such that bars and restaurants can restart trading, but it marks a stark contrast to the situation eight months ago when protesters and police fought running battles in the street. “Even though the protests were seriously hard for us all and just seemed to get worse and worse, people still came for a drink when they could,” says Khan. “We just thought things were starting to get better after Christmas, but then the virus landed. The past six months have totally killed some bars here and some of them won’t open again. Although for now, I get the feeling that people just want to live their lives. The future looks positive.”

As Khan polishes the glassware in anticipation of the reopening, he has plenty to look forward to. “Tomorrow is going to be good and I look forward to the 50 Best announcement next Thursday,” he says. “I’m going to sit back, crack open a Paloma with my team, roll down the projector and enjoy the event.”

Be sure to tune into the 50 Best Bars YouTube channel to follow the virtual ceremony for Asia's 50 Best Bars on 14th May.