Led by cerebral chef Jeremy Chan and restaurant director Iré Hassan-Odukale, London’s Ikoyi has matured into a definitive yet undefinable gastronomic reference point. 50 Best sits down with the contrasting duo behind the restaurant crowned the American Express One To Watch 2021

“We cooked a lot of rice!” continues Chan, the more talkative of this idiosyncratic pair. “It’s funny – rice is such a big part of our menu now and it was the most exciting element of what we’d cook and eat together as friends. Rice is shared in our mutual food cultures. The rice we serve at Ikoyi is non-authentic, non-traditional jollof rice. Really, it’s a Chinese-Canadian-Nigerian, multi-influential global mash-up dish.” Which perhaps tells you as much as anything about Ikoyi, except to add that the rice dish is simply delicious.

Chan is half Chinese and half Canadian but was born in the north-west of England. Hassan-Odukale is Nigerian, but after spending his early childhood in west Africa, he moved to the UK in his teens, and has been based in London ever since. Chan has also variously lived, been educated and worked in different parts of the US, in Spain and in Hong Kong.

Their London restaurant, Ikoyi, is very much the product of this duo’s individual and combined cultures, experiences and visions – which makes it unsurprising that it’s so hard to define. First up, this is not an African restaurant per se, despite some over-simplified categorisation in the past, prompted in part by its name (which it shares with a neighbourhood in the Nigerian city of Lagos). It does, however, utilise a range of African spices in many of its dishes, alongside other flavours and techniques from across Asia and the globe. All while priding itself on sourcing the best British produce.

Confused? Well, Ikoyi is a true original, manifested in dishes such as the aforementioned signature jollof rice, but also through its palate-tingling plantain caramelized in ginger and kelp with uziza jam, or squid with smoked Scotch bonnet and fermented rice. Its ever-changing menus deliver bursts of flavour and memorable ingredient combinations in a small, unflashy dining room with a distinctly untheatrical service style. 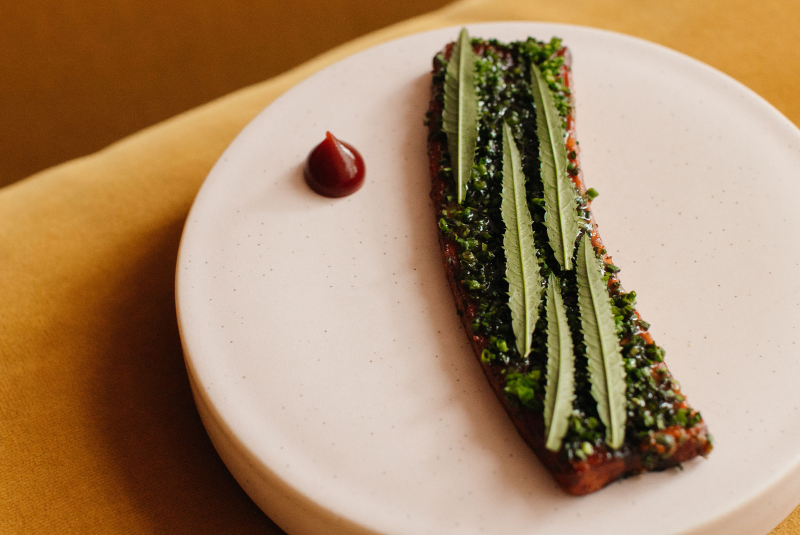 London calling
Since its opening in 2017 in St James’s in the centre of the UK capital, Ikoyi has attracted plenty of attention from critics and the curious alike, but it has now matured into a more considered gastronomic experience, meriting global recognition via the American Express One To Watch Award 2021.

To understand Ikoyi better, one needs to get inside Chan’s head, which houses a formidable intellect, as well as to acknowledge  the important relationship between this cerebral chef and his counterfoil: the considerably more laid-back restaurant director Hassan-Odukale.

“This is the first year where we’ve reached a level where I feel like I'm actually a chef. The last four years, I felt like an apprentice in my own kitchen. I've been learning just by teaching myself things and learning my own voice,” say Chan. “We originally looked into the idea of a Nigerian restaurant. But I realised it's not my story to tell, and the restaurant needed to be part of both of our DNAs, not just one specific culture. So that's why we decided to start looking at it from the perspective of ingredients and use the fact that we're located in Britain, which is a country of incredible produce. We can learn a lot from each other's backgrounds and cultures and feed that into our interpretation of seasonality in this country.” 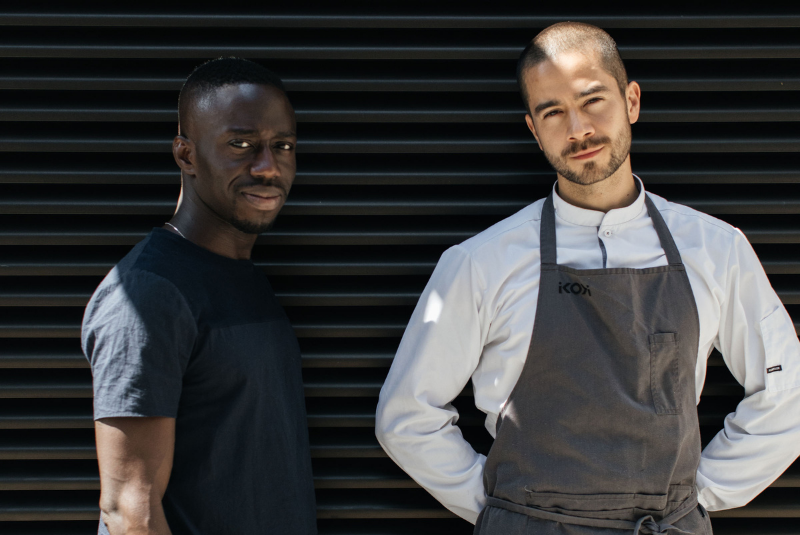 When creating his singular dishes, the chef considers colour and texture on one hand, and then the best articulation of the produce on the other, with the idea of harnessing that in the most concentrated form.

Chan, a Princeton graduate who speaks some seven languages, exudes a quietly spoken intensity. He researched prodigiously in the early days, and now oversees a huge array of dishes, any of which might be on the tasting menu for any given table, if the ingredients are in season and in sufficient quantities in the tiny kitchen. “We have everything picked and scaled down to the exact number of guests that are coming to eat. So the way that we work is hyper-organised. We're constantly counting, constantly rotating, we're using every single piece of product down to the last leaf, which makes it complex during service.

“I’m fascinated by cooking because it’s physical but also intellectual; it’s creative but it involves logistics and planning and analysis, so it involves both sides of the brain. And there are no rules, as long as the results are delicious… I'm really hungry to learn more and keep growing. That’s exciting to me. I just don't really have an off switch,” he adds.

Which is where Hassan-Odukale comes in: as the business ice to Chan’s creative fire; the one with the broader picture in mind than the chef’s single-minded focus. It’s a balance first born of friendship, when they were “just awkward teenagers”, through a period of being passionate food-lovers while pursuing unfulfilling careers in finance (Chan) and insurance (Hassan-Odukale), all the way to being successful restaurateurs together.

“The best thing about working with Iré is that he has a bit more perspective on reality. He can calm me down when I get too focused on a specific issue... It's not just about doing everything perfectly. Sometimes it's about being nice to people, or connections with people. And that's a really important lesson,” says Chan.

Hassan-Odukale returns the compliment in his understated manner: “Jeremy is 100 per cent reliable. He gets the train moving”, before adding “though he can be quite stubborn” – which feels as though it may be a loaded understatement. 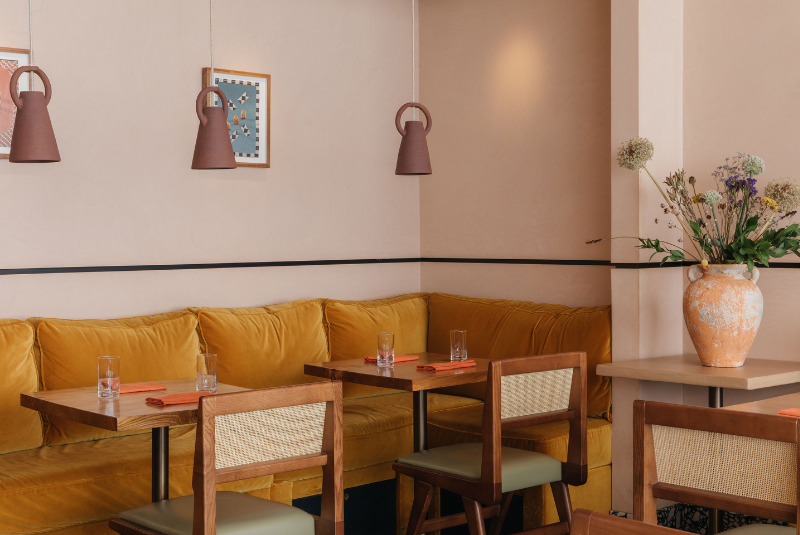 The modest service style in Ikoyi’s dining room reflects the restaurant director’s own personality, as well as being informed by the duo’s formative dining experience at the legendary and proudly unsophisticated Asador Etxebarri in northern Spain. “We are attentive, and we want our staff to be knowledgeable, but we try to let our guest enjoy their experience without intervening too much. It might seem quite pared back, but if they want more information, we will give it to them,” he says.

“We also think if you spend too much time explaining the dish, the food's going to get cold, and the customer is going to over-intellectualise what is essentially lunch and dinner,” adds Chan. “Each experience – like art – is always going to be subjective and personal.”

For diners seeking a fresh gastronomic benchmark, Ikoyi will indeed offer a personal and esoteric experience where there are no rules, no cultural boundaries, no categories. As Chan says about Ikoyi being named the American Express One To Watch: “It feels surreal, because what we do is so our own thing. It's no one else's story. And to be accepted for that, it's pretty cool.”