We caught up with the cook, whose culinary empire has expanded across Asia in recent years, at his flagship restaurant in Hong Kong's Central.

A native of Bergamo in the Southern Alps and a devotee of Alban white truffles, Chef Bombana is unmistakably Italian. But after 25 years in Hong Kong, he says his success is down to the sophisticated dining scene in his adopted city.

“Hong Kong diners are very well-travelled,” says Bombana. “When they travel, they really enjoy their restaurant experiences – they have so much knowledge and palate and they come from a background of Cantonese cuisine. If you provide quality, they appreciate it.” 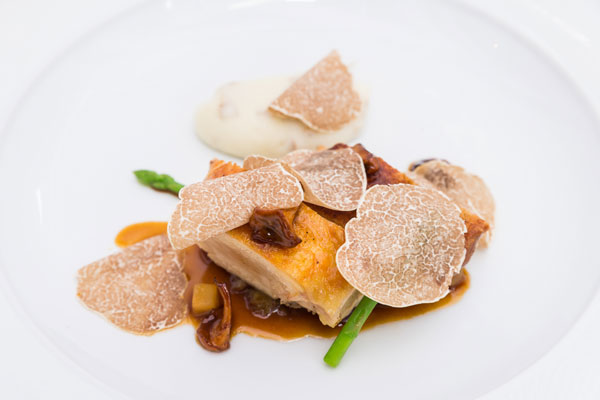 
White truffle has become “a status symbol” in Hong Kong, with the chef’s 8 ½ Otto e Mezzo Bombana now serving one of the highest quantities of the ingredient in the world. Bombana’s Hong Kong diners will debate at length the quality and merits of the latest season, just as they might do with wine.

“When I slice the truffle, people are shocked,” says the chef. “They have an amazing reaction – they come back again and again. I’ve been here a long time and truffle has always been my passion.”

Bombana’s passion is hard to disguise – in true Italian fashion, he waxes lyrical about flavours, ingredients, fragrance and quality. He adores his customers and is driven by a happy client – the ultimate goal being an immediate return booking made at the end of a meal. With three Michelin stars and a consistent spot in the upper echelons of the Asia’s 50 Best Restaurants list, it’s unlikely his devoted client base will be going anywhere any time soon.


Chef Bombana will collect his award at the fifth annual Asia’s 50 Best Restaurants ceremony on 21st February 2017 in Bangkok, Thailand.