Jessica Préalpato, head pastry chef at Alain Ducasse au Plaza Athénée and the winner of The World’s Best Pastry Chef 2019, sponsored by Sosa, believes in a humble, no-frills cuisine dedicated to paying homage to quality produce. Discover the ethos behind her streamlined philosophy of ‘desseralité’

The French word ‘naturalité’ indicates something that belongs to nature and it is this basic principle that underpins Alain Ducasse’s cookery. Through his cuisine, the French chef says that he strives to preserve an ingredient’s most beautiful ‘naturality’, in order to create the best expression of its innate qualities. When she joined Alain Ducasse au Plaza Athénée as pastry chef in 2015, Jessica Préalpato found harmony in this philosophy.

Three years and a half later, Préalpato is the author of a book exploring her own pastry style and the winner of The World’s Best Pastry Chef Award 2019, sponsored by Sosa. In this time, she realised that Ducasse’s principle could be applied to sweet as easily as it does to savoury – and where the two styles met, ‘desseralité’ was born.

“Desseralité is a mixture of dessert and naturalité,” explains Préalpato. “And this word perfectly describes my pastry. These are desserts with a raw visual; on the plate, everything must have a meaning.” Although simple at its core, when put into practice, the philosophy provides a challenge – but not one so big that Préalpato shies away from it. 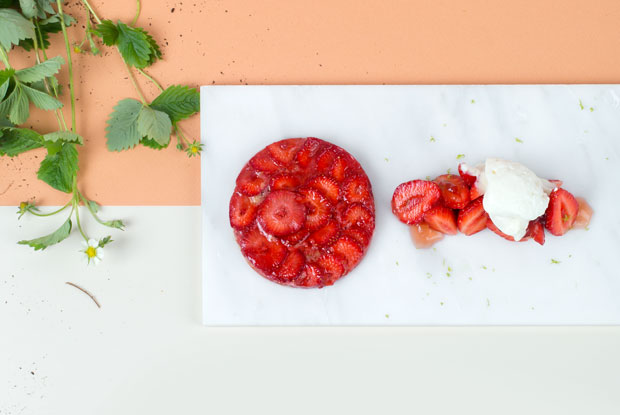 “[When I found out I was voted The World’s Best Pastry Chef] I couldn’t believe it. I didn't find myself worthy of receiving such a significant award. But then I realised that this prize is for this new style of pastry. The pastry of naturalité proves that without lots of dough, mousse, creams or sugar, it is possible to make delicious desserts,” she says.

Paving the way for a lighter and healthier – but no less delicious – style of pastry, Préalpato puts French produce centre stage. Her creative process involves looking for ways to ‘sublimate’ the ingredient, to present it on the plate in a higher form than it arrived in the kitchen.

“The best advice I've been given when I knocked at the doors of naturalité was to respect the product,” says Préalpato. “Choose the right product at the right time, take the time to taste it and sublimate it. And always stay curious.”

High-quality French ingredients carefully sourced by the Plaza Athénée team are at the heart of her work, such as peanuts from the region of Hautes-Pyrénées in southwest France combined with soya milk and caramel. Other simple combinations include pear and tea or strawberries and soya, but the pastry chef is inspired by other flavours too.

“I made a dessert with beer that is disconcerting for many people because of its strong bitterness,” says Préalpato. “The idea came from a dark beer tasting. Then, my supplier brought me the hops and barley with which the beers were made. This dessert was difficult to create because there is no ‘material’ to put on the plate – everything must be modified to make the dessert. I like it because it has a lot of character, it is very distinguished.” 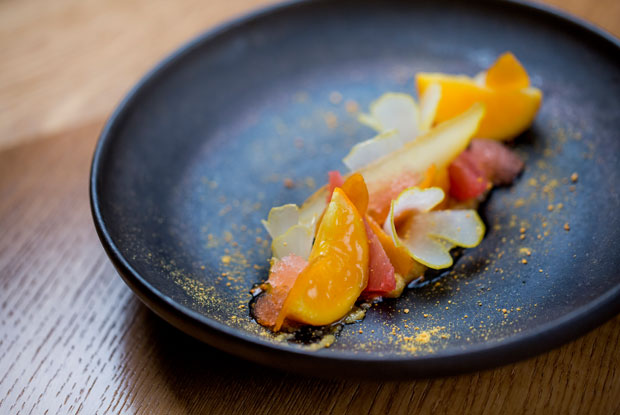 Préalpato inherited a sweet tooth and a taste for good produce from her parents, who owned a pastry shop in Mont de Marsan in southwest France. Deciding to study psychology at university, it wasn’t until after her studies that she realised her true calling was in the professional kitchen.

After working with acclaimed chefs Philippe Labbé and Frédéric Vardon in France, Préalpato was part of the team that led the opening of Vardon’s 39V restaurant in Paris. In 2012, she joined the Corfou Group as Chef Pâtissière, travelling to different parts of France and the world to expand her culinary horizons, until she joined Alain Ducasse au Plaza Athénée in November 2015.

“I don't have a mentor,” says Préalpato of working with Ducasse. “On the other hand, Monsieur Ducasse is a man I respect and admire. I admire the empire he has been able to build, but above all, I find his vision of gastronomy incredible and almost futuristic – his drive to always question oneself and to innovate.”

Her humble approach to food is reflected in her attitude to everyday life. “The best advice I have been given, and which I try to always keep in mind, is never to rely on your achievements, and to always try to evolve, to find something new.” A worthy winner of The World’s Best Pastry Chef Award 2019, we can’t wait to watch her personal and edible evolution continue.

Watch the video with Préalpato at Plaza Athénée: