With its momentous re-opening in June 2021, Bogotá restaurant Leo established a new space and beverage concept: La Sala de Laura. 50 Best meets its eponymous sommelier, Laura Hernández Espinosa, to find out what inspired the bar, the ingredients behind the menu and how the true flavours of Colombia are alive in every sip

If you’re looking to taste true Colombia, there’s no better place than Leo. Headed by chef Leonor Espinosa and her daughter Laura, this stalwart on the Latin America’s 50 Best Restaurants list that placed at No.27 in 2020, pays homage to one of the most biodiverse countries in the world. Leo’s tasting menu offers esoteric and exciting delicacies from all over Colombia, including the occasional crunchy ant. So, what does its latest offshoot La Sala de Laura – designed and managed by Laura Hernández Espinosa – bring to the table?

“We always vindicate ingredients and the traditional Colombian ways of cooking – the new beverage proposal is in accordance with Leo’s philosophy,” Hernández Espinosa begins. “But La Sala de Laura is a different concept: it’s à la carte, rather than a tasting menu, so you don’t need to be in the restaurant for three hours and can just go for a drink.”

With a background as Leo’s sommelier, Hernández Espinosa has a deep interest and knowledge of ingredients and drinks from all over the country. “I’ve always worked with traditional and fermented drinks, so with La Sala de Laura, I feel like I took a leap and started making our own spirits, which of course are all inspired by our ecosystems,” she explains. 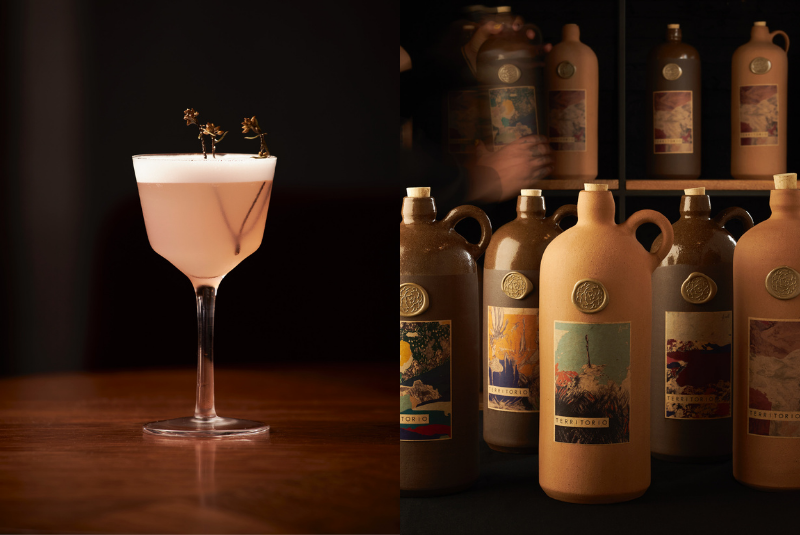 Endemic herbs, prickly pears and an ant or two
La Sala de Laura’s cocktail selection is based on the ‘Territorio’: seven different distillates that are based on Colombia’s myriad ecosystems. Five are Hernández Espinosa’s own creation and two originate from ethnic groups. From the dizzying heights of the Andes to the Páramo, the country’s barren moorlands, the drinks menu cascades through the Colombian landscape.

“Páramo is like a desert, but it has the most important reservoir in Bogotá. It’s 3,500 metres above sea level so you don’t see fruits but there is a lot of biodiversity. We’ve been working with two local endemic herbs, romero de páramo, which is similar to rosemary, and laurel de páramo,” says Hernández Espinosa. “These are added one by one, mixed and then distilled in a steel column to make a gin.”

Another of the distillates in Territorio is named ‘Desierto’, or ‘Desert’, and is created using a variety of prickly pear known in Colombia as nopal. The fermentation process lasts for 30 days and is then filtered twice to achieve an essence.

To complement the food menu, each spirit is made with a pairing in mind. “Yesterday, I paired Desierto with palm heart zest and culona ants, which matches because the distillate is very earthy and intense,” says Hernández Espinosa.

While the cocktails are designed to be drunk alongside the restaurant’s dishes, Hernández Espinosa also believes that the beverages can stand alone. “I think drinks can be a little relegated and actually, they are what can make your food experience amazing. Innovation in beverages is something that I truly believe in.” 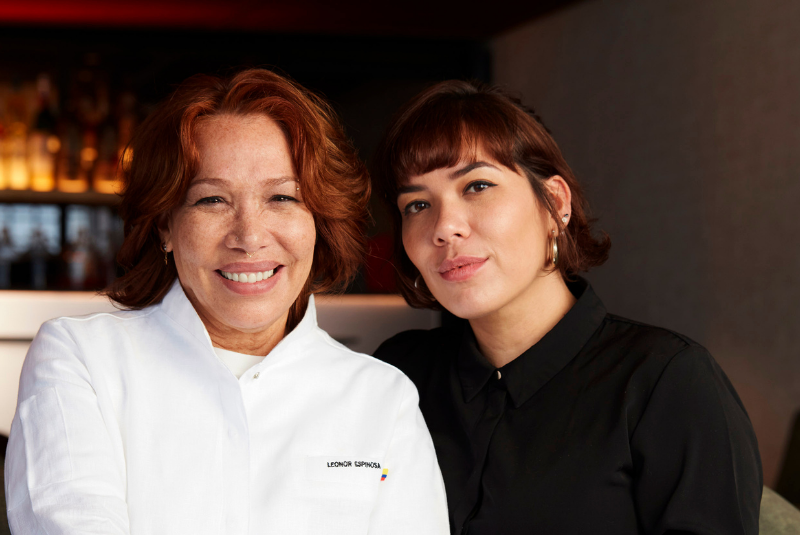 Laura Hernández Espinosa with her mother and chef of Leo, Leonor Espinosa

A decade in the making
Having worked for more than 10 years with Leo identifying different territories and biological species, and as the director of FunLeo, the restaurant’s foundation that works with ethnic groups and community projects, Hernández Espinosa brings knowledge of Colombia’s endemic produce in spades. To create her Territorio distillates, however, she also had to understand the science.

Working with a group of chemical engineers at the Universidad de los Andes, one of the top schools in Bogotá, Hernández Espinosa began to experiment with distillation.

“I wanted to do something different. I knew we couldn’t make gin better than the English or whisky better than the Scots,” she laughs. “So we started working on the distillates – I learnt a lot about the process and the team discovered a lot of endemic ingredients that they had never heard of before.”

This exploration in the lab led to the distillate named ‘Montaña’, based on gulupa – a type of passionfruit from the Andes – and another of her liquid creations called ‘Piedemonte’, meaning foothills. With a view to raise awareness about the heritage of cacao, which grows at lower altitudes in the Andes and has deep ancestral roots (as it was used by indigenous communities for healing as well as sustenance), Hernández Espinosa macerates the leaves and nibs before combining them to extract the aroma. 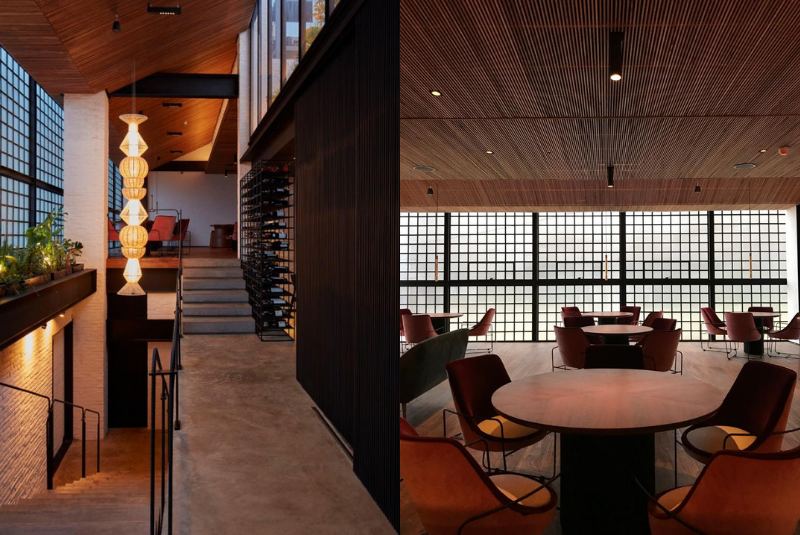 The interior of La Sala de Laura, which sits above Leo in Bogotá, Colombia

A taste of the future
Besides her integral work designing the menu, Hernández Espinosa also had a hand in the design of the upstairs space. “It was teamwork,” she says. “Our architect did an amazing job and my mother is a plastic artist, so each detail is inspired by her taste. I got to propose the furniture and the colours. It was amazing to make the restaurant of our dreams and I made it just as I imagined.”

While modest about her own achievements, Hernández Espinosa is not shy about her ambitions for the venue. “I envision La Sala de Laura to be one place that not just for foodies, but a venue that people who love bars and drinks must visit when they come to Bogotá. If Leo is known for taking Colombian culinary traditions and ingredients to another level, I want to show that we can also be known as a drinks destination.”

It is no question that Colombian identity remains at the heart of both Leo’s spaces. “If my guests take one thing away from their experience at La Sala de Laura, I hope that it’s a feeling of tasting the whole of Colombia, without leaving Bogotá.”

50-50 is the new 50ColombiaLatin AmericaTravel