In recent years, restaurants from Chile to New Zealand have proudly stamped their use of local, seasonal ingredients all over their menus. But in Colombia, the native produce movement is only just beginning, and there’s a lot more work to be done.

While most global foodies can identify ceviche as a Peruvian dish and tacos as Mexican, many would be hard-pushed to name a typically Colombian bite. Those who have travelled to Bogotá might pinpoint ajiaco, a hearty local stew of chicken, potatoes, rice and avocado, but little of Colombia’s produce is known internationally.

“Outside Colombia, people know ajiaco, bandeja paisa and sangocho but that is nothing compared to what we have in this country,” says Leonor Espinosa, the chef-owner of restaurants Leo and Misia, both in Bogotá. “Colombian cuisine comes from the fusion of European with indigenous and, later, African influences. It’s a very colourful cuisine, because of the African influence, and a very characterful one.”

Colombia is a country of fermentation and smoking, Espinosa explains. From the Pacific coast to the Caribbean, there are more than 60 varieties of leaves used to conserve, cure, transport and cook various foods. Yucca, corn and rice were all fermented in indigenous culture and now fermented drinks such as chicha and forcha remain very popular – usually sold on the street.

While some traditional foods remain prevalent, others have been lost over Colombia’s recent history as restaurateurs have focused on bringing international cuisines to the table. A glimpse at the offering in Bogotá’s gastronomic neighbourhood reveals European and American brunches, steakhouses and coffee shops. According to Espinosa, only 10% of the capital’s restaurants serve Colombian cuisine compared with 90% offering international fare ­ – and she would like to reverse this.

“In Peru, wherever you go, you’ll find anticuchos, cevicherias, sangucherias – much more Peruvian than international cuisine,” she says. “But 15 years ago, Lima wasn’t a place where you would find local food everywhere. Like Colombia, Peru had a lot more international than local restaurants. That has changed, and it’s partly the Peruvians who have changed it – by becoming proud of their own cuisine. We are in that process now.” 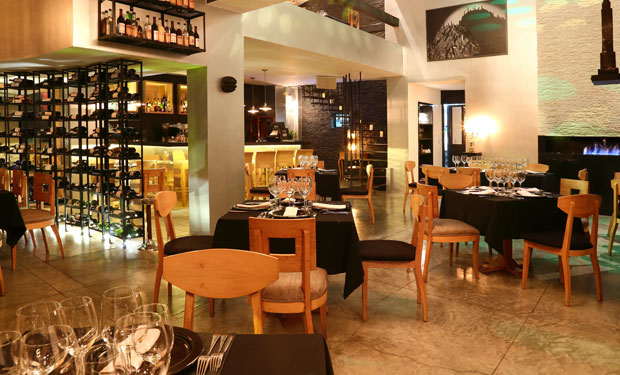 Inside Leo restaurant in Bogotá

Colombia’s recent political history has a lot to answer for. The ongoing drugs-related violence involving the Revolutionary Armed Forces of Colombia, known as the FARC, made the country unattractive as a tourist destination for decades, as well as holding back the agricultural industry, with vast areas of land used for illegal drugs production. It is only in the last few years, with the movement towards peace and the signing of an accord last year, that the country has opened up to international tourism, and Espinosa says that a more stable period will help contribute towards a better food culture.

“We lost a lot of different fruits that we are able to start cultivating again now,” says the chef. “In Cartagena, every house used to have a mamey tree, but they were all knocked down. I’m convinced that we’ll begin to re-value those products which we have stopped cultivating and which give us our identity. But it’s all part of a collective consciousness, and we cooks can’t work miracles on our own.”

With her two restaurants, Espinosa is doing her bit towards miracle working. At her flagship Leo in Bogotá, which was last year named Best Restaurant in Colombia at Latin America’s 50 Best Restaurants, she calls her concept ‘cyclo-biome’. In her words, it’s the study of species in Colombia – the second most biodiverse country in the world – that can be used for food.

She works with biologists, ethnobotanists and dendrologists to discover ingredients that can be incorporated in dishes, then uses the findings to help improve conditions for the ethnic communities who live around such products. It is without doubt a passion project, but the restaurant is also a wildly popular fine dining destination where locals and tourists flock to try dishes such as smoked rabbit with yucca and tucupi, a sauce made from wild Amazonian manioc. 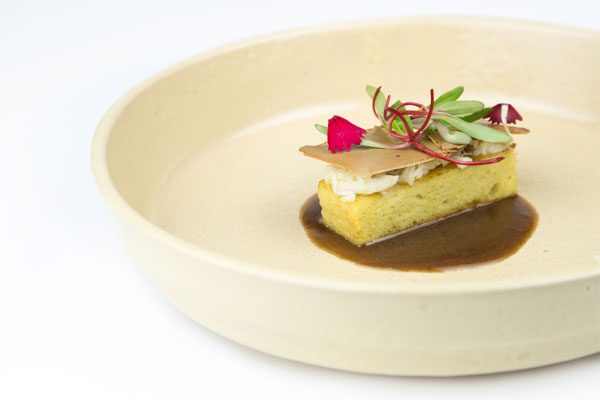 Misia, on the other hand, is a more down-to-earth, lower-budget restaurant, just around the corner from Leo, where she serves popular traditional dishes inspired by her mother and grandmother’s cooking, such as arepas de huevo – ground maize dough filled with egg – and quinoa-crusted pizzas.

Receiving the title of Best Restaurant in Colombia was, for Leo, a huge source of pride because of what the restaurant represents. “People have always felt affection for Leo,” she says. “They feel proud of the restaurant and even though it’s been going for 10 years, [the award] helped people recognise and feel proud of what it has become.”

Colombia’s government is taking strides towards improving agriculture and gastronomy, with a crop substitution system that incentivises the replacement of coca crops with foodstuffs. By providing incentives to the lowest part of the food chain – the farmers and producers – the perception of Colombian food will eventually change. However, Espinosa believes that, above all, it is the responsibility of the people to bring about change.

“We are not a country that lives and breathes ‘local’,” she says. “We’re on the right track but it’s not so much about strengthening tourism, it’s about strengthening our pride and local consciousness. Every player, from the government to educators to cooks, is working towards Colombia being recognised as a gastronomic destination, but the biggest player has to be the Colombian consumer.”


Now go inside restaurant Leo in Bogotá with our new video:

Get to know Espinosa in the latest instalment of our 50 Seconds With series:

Discover some of Leonor's restaurant recommendations in our Chefs' guide to where to eat and drink in Bogotá.

Leonor Espinosa will receive her Latin America’s Best Female Chef 2017 Award at the fifth Latin America’s 50 Best Restaurants ceremony on Tuesday 24th October. Watch the awards ceremony via livestream on our Facebook page and follow us on Instagram and Twitter and YouTube for photos, videos and news from the event.