50 Best’s popular thought-leadership event series, #50BestTalks, has toured the culinary world since 2014 and will land this year in Mérida, Yucatán, as part of the anticipated programme for Latin America’s 50 Best Restaurants 2022, sponsored by S.Pellegrino & Acqua Panna. At its newest edition, titled #50BestTalks: Cocina Consciente, gastronomic leaders from across the region will discuss the challenges and opportunities of a new, more socially-conscious restaurant era

Over the last two and a half years, chefs and restaurateurs had an unprecedented chance to take a break and reflect. Now, it is time to ask: how do we use these learnings to incite positive change? From improving work-life balance to maintaining focus on environmental sustainability and ethical sourcing, it’s time to shine a light on those taking a more conscious approach to cooking.

On Monday 14th November, #50BestTalks: Cocina Consciente will take the stage at the Hyatt Regency hotel in Mérida, as part of the Latin America’s 50 Best Restaurants 2022 event programme. Drawing together the expertise of a collection of Latin American culinary experts, the cast will include Brazilian social entrepreneur David Hertz, powerhouse Guatemalan chef Debora Fadul of Diacá and traditional Maya cook Rosalia Chay Chuc, plus video appearances and special guests to be announced.

Don’t miss a moment of the action, featuring exclusive presentations, one-of-a-kind tasting experiences and appearances by some of the world’s best chefs by tuning in to the YouTube livestream and catching the highlights on @TheWorlds50Best Instagram stories – plus join the conversation by searching the hashtag #50BestTalks. 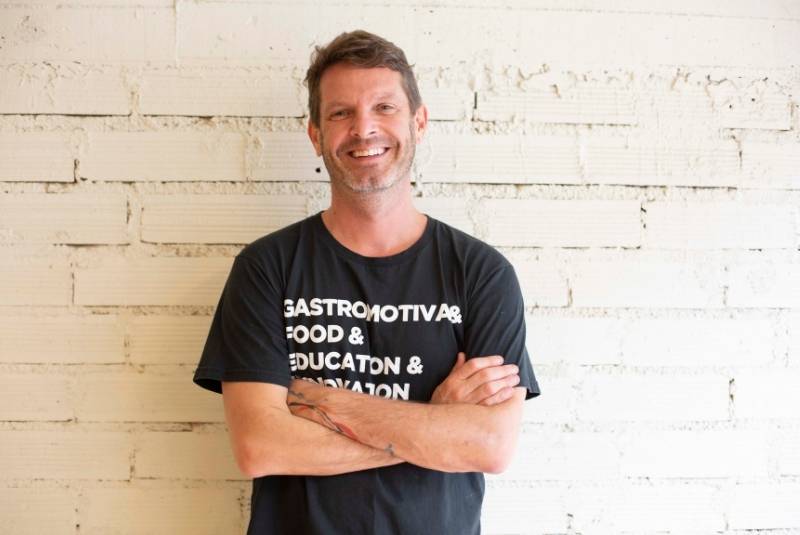 David Hertz is on a mission to feed humanity with humanity. The Brazilian chef and social entrepreneur traded a career in the kitchen for a life dedicated to empowering vulnerable communities through food. As the co-founder of both Gastromotiva, an NGO that offers vocational training and sustainable food education, and the Social Gastronomy Movement, which fosters a global support network of chefs and culinary activists, his positive influence stretches across 60 countries in five continents. Through his no-food-waste cooking school, Refettorio Gastromotiva, Hertz has collaborated with some of the world’s leading chefs, including Osteria Francescana’s Massimo Bottura of Best of the Best fame.

At #50BestTalks: Cocina Consciente, Hertz will explore the practical ways that non-profit food companies can contribute to creating a better society. 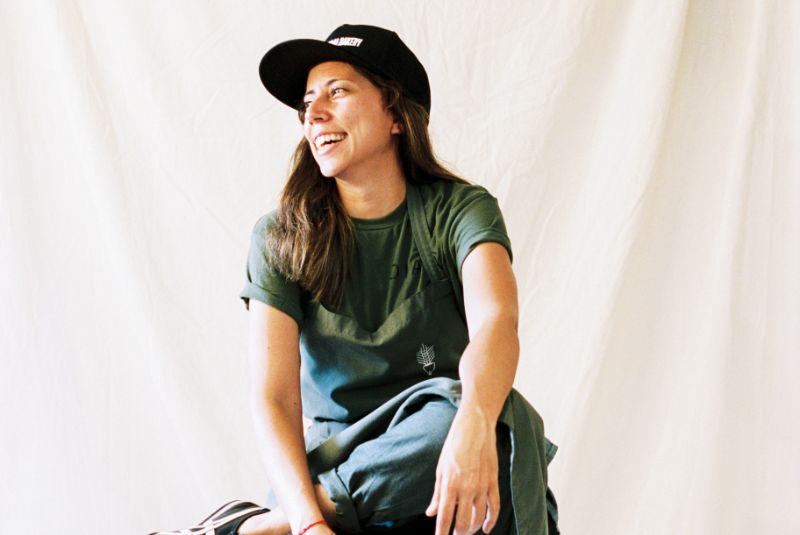 Born and raised in Guatemala City, chef Debora Fadul strives to show the world the potential and diversity of her country’s cuisine. After notable success with catering companies and transient pop-ups across the country, Fadul decided to set up a fully-fledged restaurant, Diacá, in 2018. A wordplay on the Spanish for ‘from here’, Diacá’s dishes are designed to connect diners with Guatemala’s rich heritage, ancestral knowledge and farming culture. Fadul’s work has now expanded beyond the kitchen with the formation of Estudio Diacá, a lab and collective thinktank through which she explores the properties of endemic ingredients and their place in a ‘sensory ecosystem’, which connects soil, animal husbandry and terroir.

At #50BestTalks in Mérida, Fadul – who was recognised as part of the 50 Next group of gastronomic future shapers – will delve into the anatomy of sustainability, covering fair sourcing, waste reduction and what makes a planet- and humanity-friendly dish. 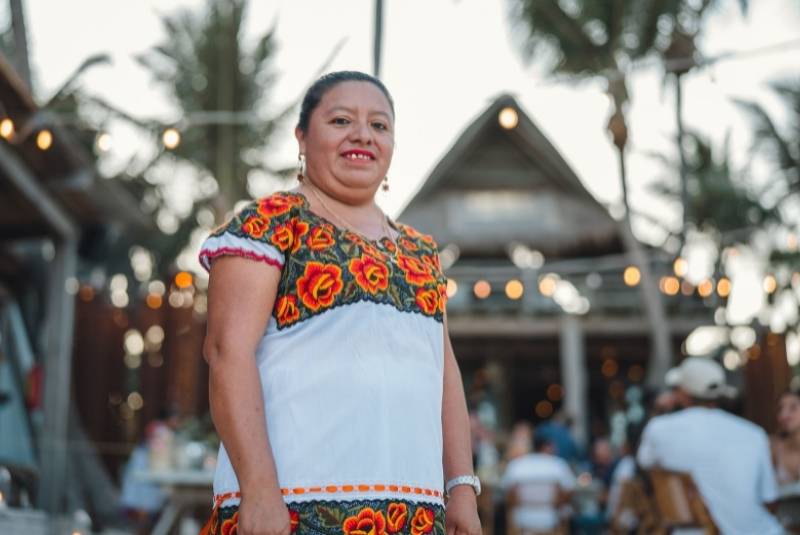 Talks topic: From the Mayas to the future

From her own home in the town of Yaxunah in Yucatán, cook Rosalia Chay Chuc proudly showcases Mayan gastronomy. Taught the trade at a young age by her grandmothers, from whom she learned how to prepare nixtamal (corn used for tortillas), grind a recado (a popular spice mixture in Yucatán) and bury food in the píib (a traditional underground oven), she has gone on to cook for some of the world’s top chefs – who often request her signature cochinita pibil, featured in Netflix’s critically acclaimed Chef's Table: BBQ series.

From an early age, Chay Chuc was quick to recognise the importance of preserving ancestral traditions and culinary techniques and has dedicated her life to sharing that knowledge with guests from around the world. At #50BestTalks, she will demonstrate some of her millennia-old recipes, showing the importance of preserving authentic culinary traditions and their positive impact on the future of global gastronomy. 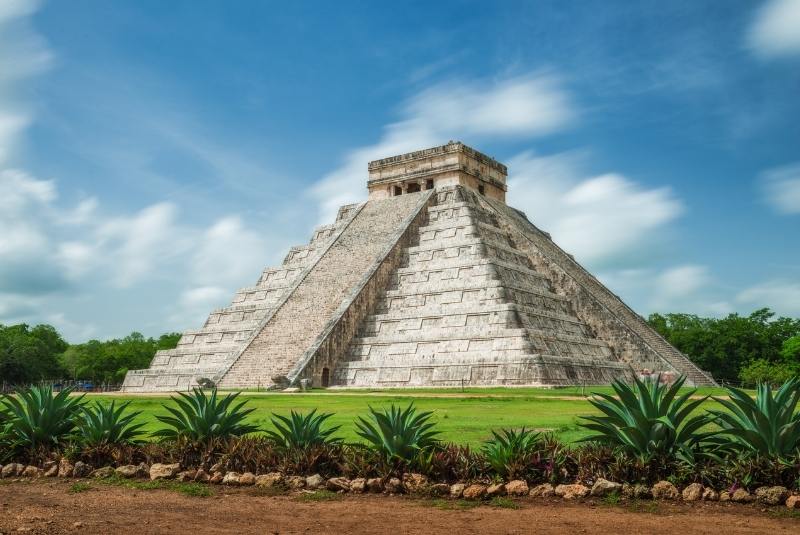 Yucatán is home to cultural landmarks such as the Chichen Itza

To celebrate the arrival of Latin America’s 50 Best Restaurants to Yucatán and to open the celebrations of local cuisine and gastronomic heritage, Mérida is hosting an exciting culinary festival from 11th to 13th November immediately before the official 50 Best event programme.

Bringing together international and local chefs with six-hands dinners, culinary exhibitions and markets selling endemic produce, the Sabores de Yucatán festival will be a true showcase of the Mexican state’s authentic flavours and unique hospitality. Follow @YucatanTurismo for the latest updates.