Life, love and lessons from the female chefs of Latin America’s 50 Best Restaurants

It's widely acknowledged that there’s a shortage of female chefs at the very top of the global fine dining industry. But across Latin America, a number of cooks are challenging the view that women can’t have it all.

We spoke to the nine female head chefs of Latin America’s 50 Best Restaurants 2015 to find out their views on life, love and making it in a male-dominated industry. 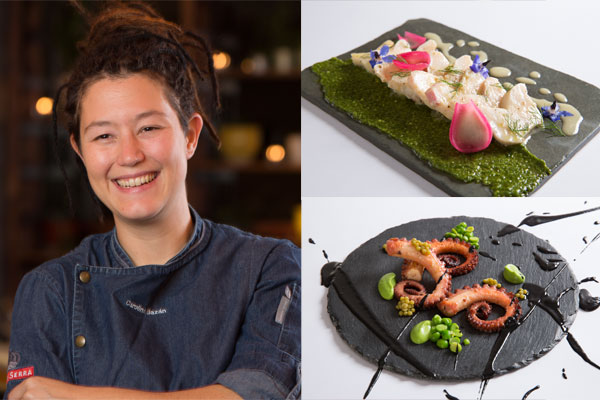 
Who is your biggest inspiration? My mother. She’s a very strong person who’s taught me a lot.

What’s your first food memory? My mother’s carpaccio, chicken rice al culantro in Peru, serrano ham at a Spanish friend’s house and oysters and machas at my grandmother’s place.

Which chef would you swap places with for a week? Increasingly, I like David Chang’s style. I’d like to see inside his kitchen and figure out how he manages so many restaurants at the same time.

What would be your death row meal? Jamón bellota – acorn-fed Iberico ham. I’m obsessed with jamón. 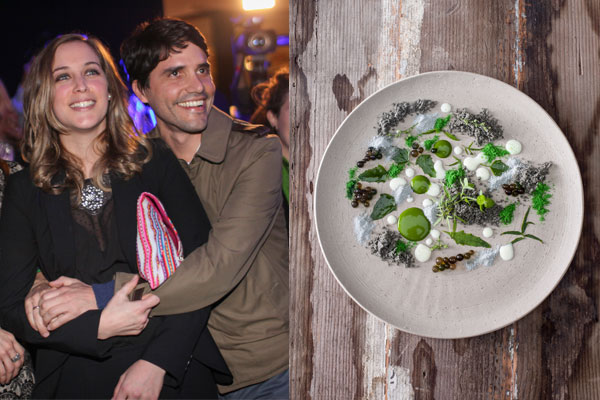 
What is your biggest inspiration? What drives me every day is reminding myself how much I love this profession, despite the long hours and other irritations.

What would be your death row meal? Indian food.

Which chef would you swap places with for a week? A French cook in the 1950s.

As head chef of the No.1 restaurant in Latin America, what pressure do you feel and what have you learned? My day-to-day job remains the same and there’s a lot of pressure to make our customers happy, although every day is different and something new always comes up. We’ve learned to face new challenges and we have to always remain authentic. 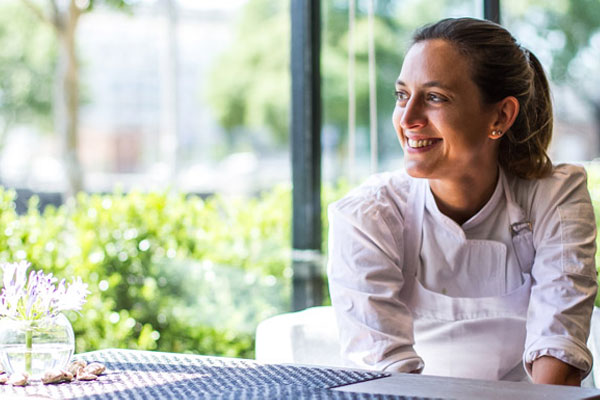 What’s your first ever food memory? Family barbecues with everyone enjoying themselves.

Which chef would you like to swap places with for a week? Magnus Nilsson of Fäviken.

Advice for future female cooks: Find a balance between your professional and personal life.

What do you cook for yourself or your family when you’re at home? Pasta – the family tradition. 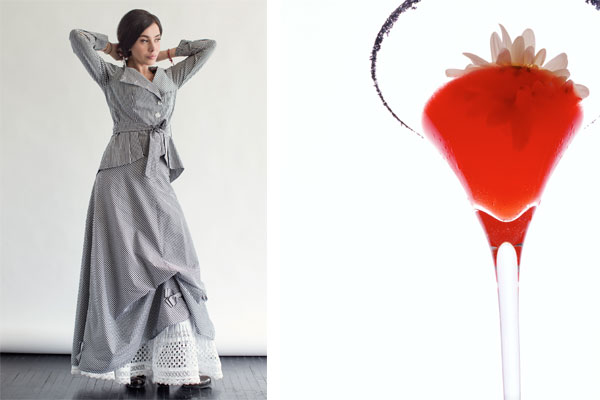 Chef Ortiz and her chamoy margarita


What’s your philosophy for life? To enjoy my womanhood, with everything that brings – being a warrior and, at the same time, having a sensitive heart that loves the flavours of life. I like the phrase “life serves to give beauty.”

What would be your death row meal? Black mole with a corn tortilla. There would be daytime and night time communion, the sun and the moon, the good and the bad, and I would give thanks because in this life I have loved and been loved.

What do you cook for yourself or your family when you’re at home? In general, when I get home from work – and in my case I spend many hours under fire in the trenches – I like to read and have a glass of mineral water with a slice of lemon and a small bunch of mint and camomile for taste.

What advice do you have for future female chefs? I could say many things but above all, taking care of your womanhood brings an enormous inner wealth. The colourful designs and flavours we can create are incomparable, beautiful, deep. 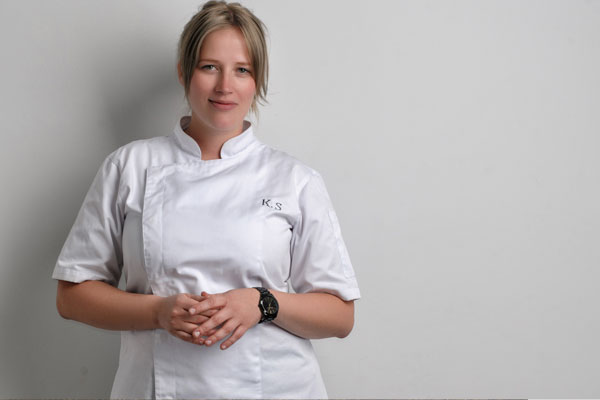 What’s your philosophy for life? Be a good person, treat others as you’d like to be treated and share your knowledge with those who want to learn.

What do you make for yourself at home on a night off? Pasta, Asian food and sourdough bread.

Which chef would you like to swap places with for a week? An Italian nonna.

Tip for future Bolivian and Latin American female chefs: Think about the details, because the devil is in the detail. 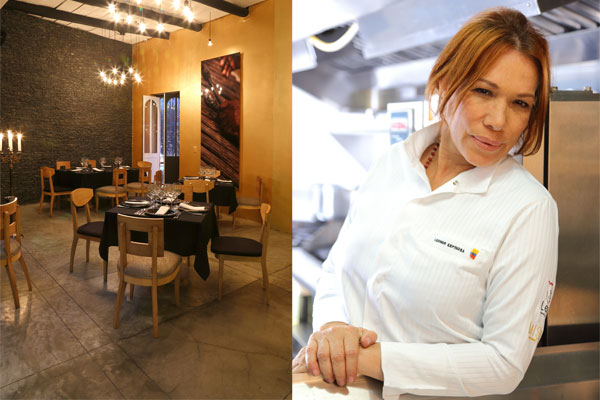 Who, or what, is your biggest inspiration? In my work, what inspires me is Colombia’s biodiversity and the different things I’ve discovered from spending time with ethnic communities – their different ways of perceiving the world, genesis, myths, values and beliefs. Also, the geographic environment and the stories around strong women who push for development and work every day towards the wellbeing of others. Another reason is the safeguarding of our cultural heritage. In my life, my daughter, Laura.

Which chef would you like to swap places with for a week? Carmen Ruscalleda, Dominique Crenn, Christian Puglisi, Seiji Yamamoto and any one of the countless chefs who carry my country’s tradition.

First food memory: I come from a region that’s well-known for its delicious food: the Caribbean. They say there that even breast milk is tasty, so my culinary memory has always been fed by countless and delicious seasons.

What do you make for yourself at home on a night off? I always differentiate between my working day and when I’m home cooking for myself, my family or friends. Usually I’ll make Asian food. I love the spicy flavours of Thai and Indian cuisine.

What advice do you have for future female chefs? A cook’s relationships must go beyond technique and the act of cooking. Future cooks should apply new narratives to their lives. Knowledge, ethics and principles, responsibility to society, food security and sovereignty should all be priorities towards building a better social, economic and environmental wellbeing. 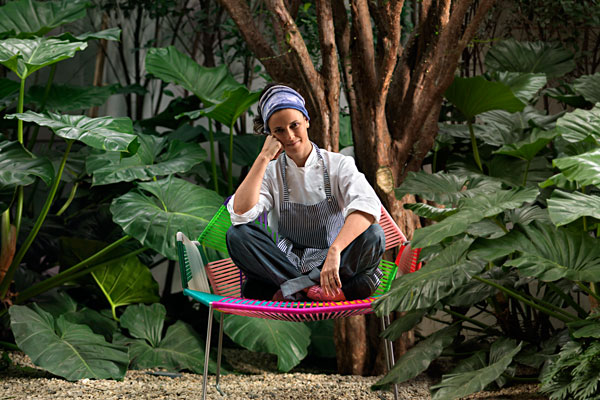 What’s your guilty food pleasure? Food shouldn’t be associated with guilt. You hear a lot, particularly in Brazil, about certain diets where you eliminate this or that food, and there’s a whole movement persecuting gluten and lactose. But I don’t like the idea of demonising certain foods. Every food is good, healthy and flavoursome if it’s consumed as part of a balanced diet and without guilt. Plus, if you feel guilty while eating something, it won’t do you any good.

Favourite food to eat at home: My day-to-day food is a very Brazilian plateful of something simple but very tasty and nutritious: rice, beans and farofa.

What advice would you give to your 15-year-old self? Always have happiness in your heart, keep it light and enjoy every moment.

Advice for future female chefs? Read, study, travel, stick at it… Just be yourself and do what really makes sense to you.

What’s your philosophy for life? Beliefs and ideologies change throughout our lives, and I think it’s because every moment, every challenge in life teaches us a different lesson. I always try to be attuned to the signs, because I think life gives us a lot of signs, so listen to your heart, have the courage to change and, above all, give yourself the freedom to think. 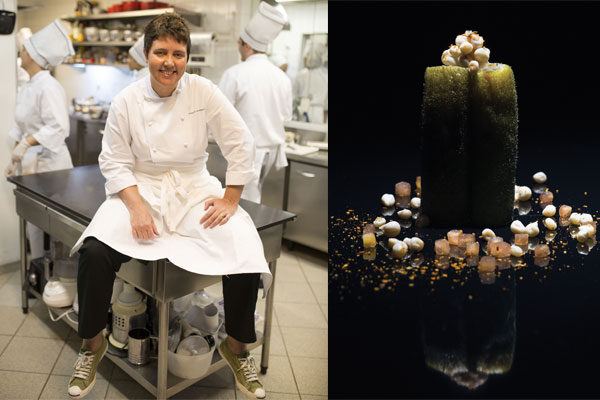 
What do you make for yourself at home on a night off? When I'm at home, the simpler the food, the better. Home-cooked food fascinates me and makes me happy.

How did you make it to where you are today? I’m a self-taught cook. Everything I’ve learned is because of my desire and obsession with being the best I can be in my profession. I have that empirical sense of knowledge, which makes me experiment a lot.

Advice for future female chefs? The key to success for women in the cooking industry is respect. It's something that should be present in humanity, in society and in work. With an environment of respect, those who have talent and persistence will flourish.

What's your go-to restaurant in Rio? I'm a regular at Jobi in Leblon. I love their finger food and home-cooked dishes and I feel really at home there. When I can, I have lunch at Gepeto in Vargem Grande, which serves the best fries in Rio.

Find out about Roberta's cooking style, her inspiration and how she felt about being voted Latin America's Best Female Chef 2015 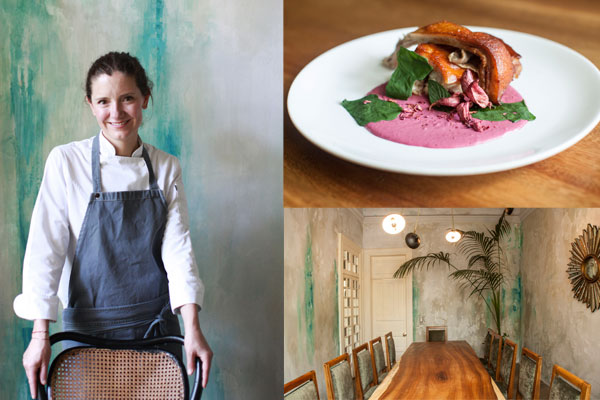 
What’s your biggest inspiration? I love what I do, and my work inspires me – the creativity and the challenges it brings. I’m inspired by my daughters, my customers, those to whom I dedicate my work, but I’m also inspired by challenges, ingredients… the daily possibility of being able to do things better and to live up to my ideas and principles.

What would be your death row meal? More important than the food itself would be to be surrounded by people I love. That said, the meal would probably involve bread, olive oil and honey.

What do you cook for yourself when you’re relaxing at home? When I get home, I don’t cook. If I’m hungry, I’ll have an avocado with salt.

Guilty food pleasure? For me, food is pleasure without guilt.

Advice for future female chefs? If you’re going to be in the kitchen, let it be because you love it.