Ahead of the announcement of Latin America’s 50 Best Restaurants 2017, we look back over the history of the list…

Since then, a lot has changed and the world has slowly but surely taken notice of the immense culinary talent in evidence from Mexico down to Chile. Latin America's 50 Best Restaurants, sponsored by S.Pellegrino & Acqua Panna, is still the only celebration of gastronomy that encompasses the whole region. For those who have only just discovered the list, here’s a recap of its first four editions. 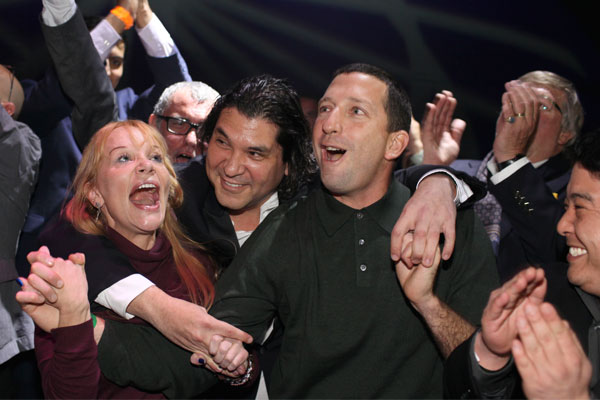 The first Latin America’s 50 Best Restaurants list was revealed at an awards ceremony in Lima, Peru. It was a restaurant in this national capital that claimed the very first No.1 prize – the legendary Astrid y Gastón, headed by chef Gastón Acurio and his wife and pastry chef Astrid Gutsche.

The inaugural Latin America’s Best Female Chef award went to Helena Rizzo of Maní in São Paulo, Brazil. Individual country awards were also given out to the highest-ranking restaurant in each country featured in the list, a tradition that continues to this day.

Acurio had a stellar year in 2013, not only claiming No.1 for his flagship restaurant but also taking home the Diners Club Lifetime Achievement Award for his high-achieving career. Just 12 months earlier, he had inaugurated his Escuela de Mozos school in the city of Callao, near Lima, with Spanish chef Ferran Adriá, whose restaurant El Bulli was voted No.1 in The World’s 50 Best Restaurants five times before closing in 2011. The school trains young people from disadvantaged backgrounds in high-end gastronomy and front of house skills.

Meanwhile, another Latin American chef was making headlines elsewhere: Brazilian cook Alex Atala of D.O.M. in São Paulo appeared on the cover of The New York Times Magazine as one of the “Gods of Food” alongside René Redzepi of Noma in Copenhagen and David Chang of the Momofuku restaurants. 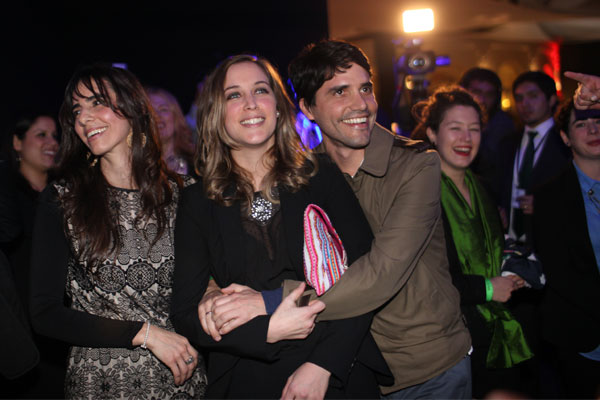 For the second time, a restaurant in Lima claimed the top spot in the Latin America’s 50 Best Restaurants ranking. This time it was Central, with husband-and-wife duo Virgilio Martínez and Pia León at the helm. The chefs' exploration of Peruvian biodiversity was reflected in striking dishes that reconstructed entire ecosystems in edible form.

Central has been complemented over the years by Mater Iniciativa, a project headed by chef Martínez’s sister Malena to explore and celebrate the variety and heritage of Peruvian products and cuisine. Martínez also took the opportunity in 2014 to expand his empire across the ocean, with the opening of Lima Floral in London, a follow-up to the existing Lima restaurant in the city.

Latin America's Best Pastry Chef Award was introduced this year, with Argentine Osvaldo Gross claiming the inaugural prize. Among other individual award winners in 2014 were Alex Atala of D.O.M. in São Paulo, who was honoured with the Diners Club Lifetime Achievement Award, and Elena Reygadas of Rosetta in Mexico City, who took the Latin America’s Best Female Chef title.

Acurio announced in 2014 that he would retire from the kitchen of Astrid y Gastón to focus on other projects, including his Peru 2015 expedition, which would see him travelling to small villages throughout the country and meeting their communities while searching for new food products.

Outside of the awards, the gastronomic festival Mistura – the biggest in Latin America – was in its seventh edition, gathering international star chefs and gastronomes with the motto “Come rico, come sano, come Peruano” (Eat well, eat healthy, eat Peruvian). Figures such as Carlo Petrini, founder of the Slow Food movement, travelled to Peru for ten days of celebration, talks and demonstrations. 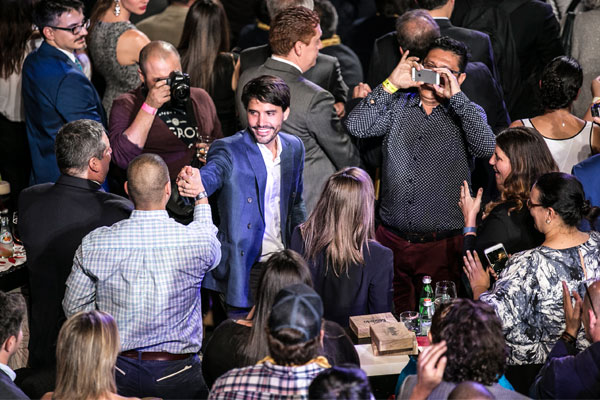 Virgilio Martínez and Pia León retained the crown in 2015, when the awards ceremony moved to Mexico City. That year, Mexico was also home to COME, the Jalisco International Festival of the Flavours in Guadalajara and Zapopan and the World Gourmet Summit 2015 in the beachside resort of Cancun. Latin America was increasingly recognised as an indispensable destination on any foodie traveller's map.

Enrique Olvera, fresh from opening his new restaurant in New York – called Cosme after a market where his father used to take him as a child – was awarded the Diners Club Lifetime Achievement Award, while Roberta Sudbrack won the Latin America's Best Female Chef Award.

Meanwhile, Argentine legend Francis Mallmann was the first Latin American chef to appear in Netflix's Chef's Table series in 2015. The chef’s wild, open-fire cooking style was explored in depth against the dramatic background of remote Patagonia in season one of the popular series. 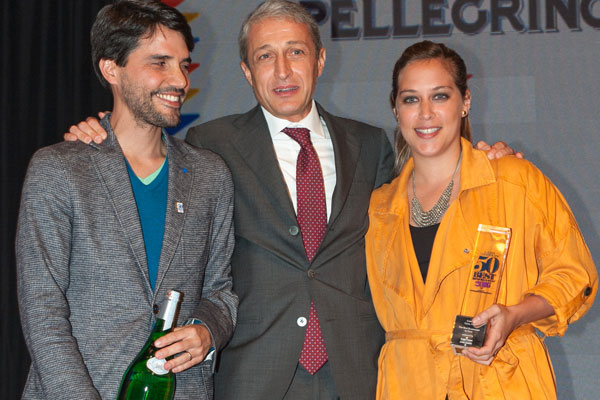 Central was honoured once again with the Latin America's Best Restaurant Award in 2016, with Martínez and León jumping onto the stage to receive the No.1 trophy for the third time. Last year also saw the introduction of The Art of Hospitality Award, with chef-patron Enrique Olvera receiving the prize for his restaurant Pujol in Mexico City – the same city where the awards were announced for the second time.

In 2016, The World's 50 Best Bars became part of The World's 50 Best Restaurants family, run by William Reed Business Media, and some notable bars in Latin America featured on the list. These include Licorería Limantour in Mexico City at No.13, La Factoría in San Juan, Puerto Rico at No.31 and Florería Atlantico in Buenos Aires, Argentina at No.49.

Two of the six episodes that formed the second series of Chef's Table honoured Latin American chefs, with Alex Atala and his use of Amazonian produce highlighted in the documentary series, as well as Enrique Olvera and his transformation of Mexico's street food. Acurio returned this year to the kitchen of Astrid y Gastón, having spent two years as ambassador, philanthropist and explorer of Peruvian cuisine around the world. 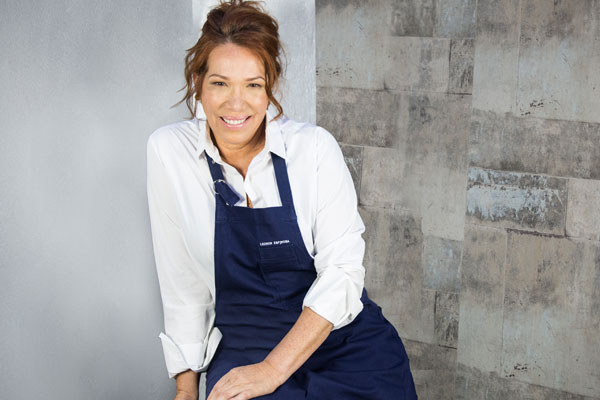 Next month, Latin America's 50 Best Restaurants continues on its tour, moving the awards ceremony to Bogotá, Colombia, with the latest list announced on Tuesday 24th October. This year's Latin America's Best Female Chef award has already been revealed – Leonor Espinosa of restaurants Leo and Misia in Bogotá will collect the trophy in her home city next month.

Since its inception, Latin America's 50 Best Restaurant has also held annual #50BestTalks events, with famous chefs discussing important issues around gastronomy in Mexico City, Lima and Buenos Aires, among other locations. This year's #50BestTalks “Unida por la Comida”, centred around the crossing of borders through gastronomy, will take place at the W Bogotá hotel on October 23rd, the day before the announcement of Latin America's 50 Best Restaurants 2017.