As Cape Town faces a worsening water shortage, The Test Kitchen's chef-owner Luke Dale-Roberts is taking drastic action to keep ahead of the crisis.

Cape Town has hit the headlines recently with news that it may become the first major city in the world to run out of water. Rains have been scarce over the past three years and in spite of measures by the city and water-saving efforts by concerned residents, it seems that what’s being dubbed ‘Day Zero’ is inevitable. In effect, this is the day the municipality will shut off the taps and ration an amount of 25 litres of water per person per day. Consider that a bathtub uses roughly 80 litres and a washing machine cycle 30-50 litres.

The tourism and hospitality industry has responded with various drastic measures and a call for guests to abide by these – bath plugs have been removed from tubs, 90-second low-pressure showers are encouraged, towels are only to be changed every second or third day and grey water recycled wherever possible. Consequently, the hotel and restaurant industry finds itself in a quandary.

Chef Luke Dale-Roberts, who owns three restaurants in Cape Town, including The Test Kitchen, No.63 in The World's 50 Best Restaurants 2017, has been hard at work conceptualising various approaches to deal with the crisis.

“Our most pressing challenges are maintaining the quality of food service and hygiene within the restaurants whilst saving as much water as we can. My biggest personal challenge is to ensure all my staff remain employed,” he says. With the recent closure of Dale-Roberts’ in-house laundry, staff there have been absorbed into kitchen preparation roles. 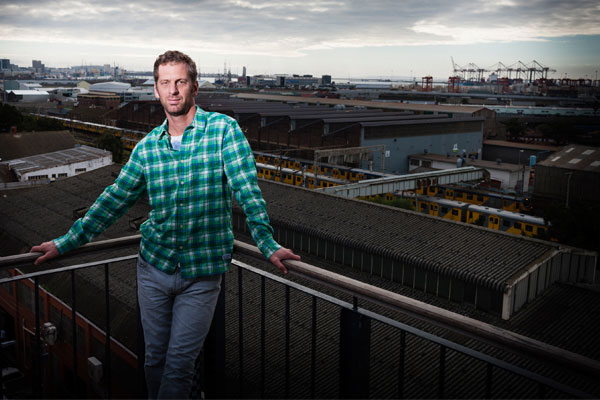 
During the months of April and May, he will install a ‘Drought Kitchen’ pop-up within The Test Kitchen. A six-course, reduced-cost menu will showcase both the style and finesse diners have come to expect – think 12-hour hot-smoked trout served with watercress and yoghurt snow, sweetbreads with asparagus, peas, morels and porcini hollandaise and springbok with beetroot, bone marrow and hazelnut – but with the absolute minimal use of water in the preparation.

To match the linen-less tables and paper serviettes replacing cloth, Dale-Roberts has created a hand-crafted disposable dining plate akin to an “empty picture frame”, that will have a piece of interchangeable card that each course will be plated on, effectively making every dish a picture.  Naturally, dishes will contain less sauce and liquid.

“By taking away 90% of the chinaware we have effectively eliminated 90% of our water usage from the dishwasher and, along with only operating the laundry for basic essentials, we are hopeful that this will make a difference,” he explains.

In addition to the Drought Kitchen, Dale-Roberts is reconfiguring the menus at his other restaurants, The Shortmarket Club and The Pot Luck Club, to use as little water as possible. A portion of The Test Kitchen staff will head up a simultaneous pop-up at The Shangri-La’s Le Touessrok Hotel & Spa in Mauritius, with a Johannesburg pop-up in the works too.

For Dale-Roberts, creativity has to be met with pragmatism. “The thing I fear is that the country will fall into a depression if the taps are turned off. People may stop eating out, jobs would be lost and people’s livelihoods will be affected.” 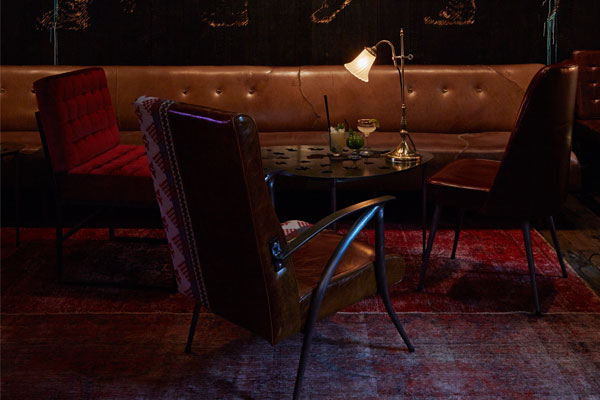 The Dark Room at The Test Kitchen


He hopes that Cape Town’s drought will inspire the global community to reconsider how we treat water. “It’s really made me re-examine the importance of this natural resource. We are reminded of this every time we shower or wash our hands. It is a demonising resource, so I see this period as a time for proper reflection on how things should always be.”

Dale-Roberts says that as one of one of the world’s restaurants that is under the microscope every day it’s his duty to do something dramatic and set the example for others.  “That’s why we have decided to move over to plating on a biodegradable canvas. My advice to any restaurant is to learn from what has happened here and heed the warnings early, rather than panicking later.”

Find out more about how to monitor ways to save water.