As winner of the Altos Bartenders’ Bartender Award for The World’s 50 Best Bars 2021, Lynnette Marrero is championing mental health resources and career support within the industry, as well as uplifting women and underrepresented workers – mixing outstanding drinks as she does. 50 Best speaks to the New York-based bartender about work-life balance and making the craft cocktail world more sustainable for its people

Bartender, brand ambassador, board member, mentor, performer. Lynnette Marrero wears many hats, but one overarching mission runs through everything she does: using her platform to empower others. From her bar director position at the Llama Inn group to her roles as board member of the Restaurant Workers’ Community Foundation (RWCF) and co-founder of the almighty Speed Rack bartending competition, she is all about altruism and making the cocktail world a better place – particularly for women and the BIPOC and LGBTQ+ communities. Being announced Altos Bartenders’ Bartender 2021 – the only peer-voted award in the 50 Best programme – is just reward for Marrero’s work. Watch her collect her award live as part of The World’s 50 Best Bars ceremony on 7th December at 8.15pm GMT on Facebook and YouTube.

“We see the rise of cocktail bars and cocktails in restaurants, and there are now more career individuals in these industries, but we’re not often given the same support and access that people are given in other ‘traditional’ industries,” she says. “It’s important we start looking at resources and how we can give everyone an opportunity to advance their career, with the education, resources and support that we can see in more traditional jobs.”

Marrero’s efforts take many forms, but over the last three years she has been heavily involved in improving resources for restaurant workers through RWCF. Her work there has included a large-scale Covid-19 fundraising campaign that helped workers struggling to pay their rent and put food on the table, while ongoing projects are focused on improving mental health support and making the industry sustainable for all. She has also set up a managers’ network so that leadership staff can discuss issues and concerns with likeminded peers across the industry. Meanwhile, throughout the pandemic, she and the Llama Inn management team have prioritised their ‘family’ of staff.

Separately, through Speed Rack, the bartending competition she co-founded with Ivy Mix in 2011, Marrero has launched a mentorship programme in English and Spanish, where bar staff are paired with different industry leaders to guide them through their careers. Prioritising BIPOC bartenders and open to anyone identifying as women, the programme has already yielded great results, with one mentee creating a series of cocktails catering to dietary restrictions, after receiving ongoing support from a leading food writer. Marrero’s involvement with Speed Rack initially came about after she created a New York chapter of LUPEC, or Ladies United for the Preservation of Endangered Cocktails, to address the lack of support and network for women in the craft.

The theatre of cocktails
Growing up in New York in a Puerto Rican family where food was at the heart of the home, Marrero was always interested in gastronomy, but she never wanted to become a chef or even a bartender. She started serving and then bartending as a way to make ends meet between musical theatre acting jobs, and had aspirations to work as a speech pathologist. But when she began working at the Flatiron Lounge, a pioneer in New York’s craft cocktail movement, and then the bar at Freemans restaurant, she quickly discovered the variety of options within bartending – and that her skillset fit the career perfectly.

“I was very reluctant to be in the hospitality community – I did not want to be a clichéd waiter-actor at the time,” she recalls. “But when I met Julie Reiner and people like the Flatiron team, and those people really loved what they were doing, I saw that I could have a community where we all supported each other in hospitality, cocktails, brand work, all of that. There were lots of options, lots of ways to be in this community.”

While exploring the different avenues within the bartending career path, Marrero discovered fulfilment and job satisfaction in applying her acting skills and creativity.

“I found that I could be creatively satisfied within the drinks world – there’s a certain amount of entertainment,” she says. “Typically, chefs are back of house, while my personality is more about being around people and loving to host and welcome people into a space and give them an experience, so that’s what I found in craft bartending.” 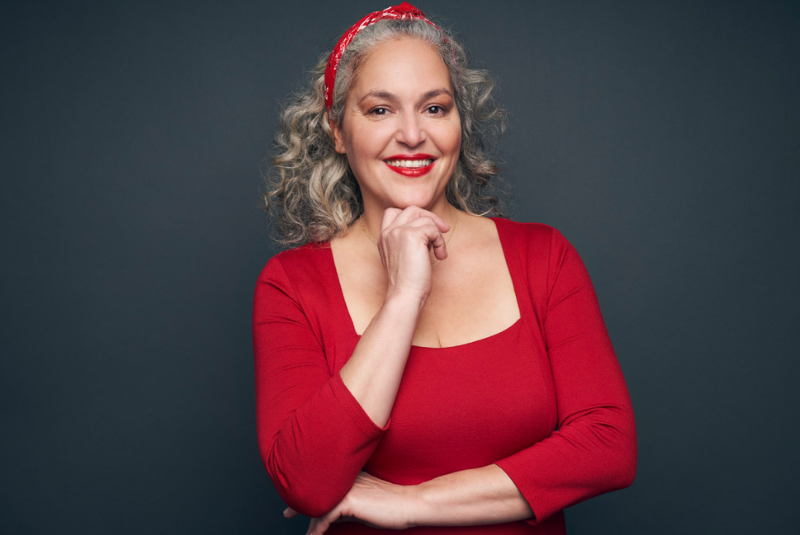 Working at the Flatiron Lounge in New York City with Julie Reiner, Marrero channelled her creativity into cocktails

Switching the pace
After many years pulling late shifts in bars, working as a brand ambassador and starting her own consulting company, Drinksat6, in 2015 Marrero took a job as restaurant bar director alongside chef Erik Ramirez at the acclaimed Peruvian restaurant Llama Inn in Brooklyn, partly because of her love of food and restaurants and partly to foster a healthier work-life balance. At Llama Inn and now also Llama San, she developed her love of Latin American spirits, specialising in Peruvian cocktails like the pisco sour and creating signatures such as the Llama Del Rey, featuring pisco, dark rum, red wine and pineapple. She enjoyed the challenge of working with a chef to create new cocktails to complement the cuisine, and simultaneously adapted to the pace of restaurant bartending.

“What I love about restaurant bars is the pace is different,” she says. “The time frame we have with guests and how we interact with them is very different. It has to read through the menu in a way that the guest understands the experience they’re going to get.”

Working in restaurants instead of late-night bars has also helped Marrero to maintain a 17-year relationship with her husband, the creative director Ty Baker. Now she recommends that those starting out in the industry set boundaries in order to maintain relationships and work-life balance and avoid burnout.

“If two people are working in hospo together, it’s about looking at your schedules and getting maybe two days off together,” she says. “It took me time to learn to have separation from the work environment and not to say yes to everything – to leave some boundaries. When I travel, it’s about making sure I’m considerate and communicating, because we get wrapped up in our world. I need exercise almost daily to make me feel like I can handle stress.” She now packs exercise bands when she’s on the road, so that she can replicate a little of her home-life normality.

Rebuilding the community
As the world emerges from the pandemic and travel picks up, Marrero is urging the bar and restaurant community to hold on to any inward reflection they may have found during lockdown.

As she accepts the Altos Bartenders’ Bartender Award, Marrero says she wants to use it to shine a spotlight on her work with RWCF and other causes, in turn helping more people. “I do hope it sheds light on those programmes so they can expand and grow and that hopefully it gives me more access to resources to really put some more professional backing into some of those programmes.”

As for being recognised by her peers, she is honoured that her work has been noticed. “As bartenders in the last year and a half, defining what we do has been quite challenging, so to be recognised as someone who the bartenders themselves feel is representing them, or is a resource for them, is something that makes me feel very proud,” she says.

Marrero has some exciting projects in the pipeline that are still under wraps, but for now she’s simply looking forward to getting back on the road and reuniting with the international bartending community.

“I’ve been very fortunate to be able to build a wonderful connection to a lot of incredible people and I cannot wait to see them again and have real hugs in person,” she says. “It’s not about going to a bar or seeing a place or tasting a drink; it’s about seeing what your friends have accomplished and how they persevered throughout this time. It was a really challenging moment and we made it through and we all have each other’s back, so let’s continue that and honour that.”

Watch the video with Lynnette Marrero:


The list of The World’s 50 Best Bars 2021 will be announced on Tuesday, 7th December at a live awards ceremony in London. Watch the ceremony LIVE at 8.30pm GMT on Facebook and YouTube.