“In the chef community, we’re all friends,” Tsumura said after winning the award at the fifth annual Latin America’s 50 Best Restaurants ceremony in Bogotá, Colombia. “There's nothing better than celebrating your friends' success.” Martínez echoed the sentiment, celebrating into the night with Tsumura and the other chefs on the list.

Maido has had a clear ascent to No.1 since the inaugural list of Latin America’s 50 Best Restaurants was published in 2013. It entered at No.11, rising to No.7 in 2014, No.5 in 2015, No.2 in 2016 and now No.1. Over the last five years, the Peruvian-Japanese restaurant and the chef have become well-known around the world as Lima in turn has become one of the most popular dining destinations on the planet.

“I see Peruvian food as a sponge that has absorbed Chinese, Japanese, Spanish, African cuisines,” Tsumura said. “When you go to Peru it’s an amazing country because you can eat something different every day for a month. Nikkei is just one of those cuisines.”

His inventive, modern Nikkei menu at Maido takes in Japanese and Peruvian influences in dishes such as 50-hour braised short rib and octopus hotdog choripan. But there’s more to Maido than the food – diners are greeted at the entrance with a loud call of “Maido!” meaning “Welcome” in Japanese, a warm reception that sets the precedent for a relaxed, fun meal – not stuffy or fussy, just beautifully presented, elaborately prepared Peruvian-Japanese cuisine. 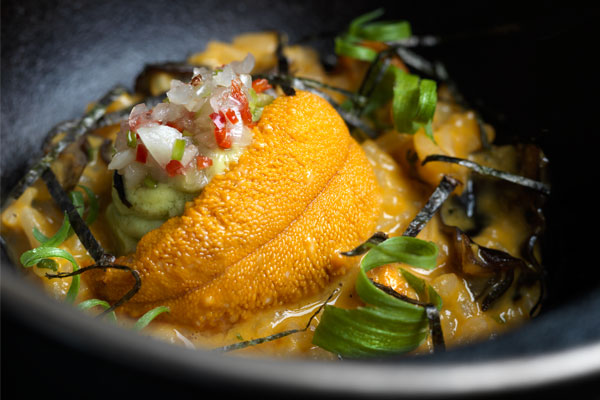 “I see food as fun, bringing smiles to people,” said Tsumura. “Our main objective is to make people happy. Nothing is more magical than that moment when you see someone putting your food in their mouth.”

Tsumura has used the popularity of Maido to expand with other restaurants, opening the Sushi Pop fast-casual and delivery chain in Lima which will soon have two branches, as well as the counter sushi restaurant Karai in the W Santiago hotel. In January he will open Ají, a Nikkei restaurant in Macau, and he has his sights on launching a casual Peruvian sandwich restaurant next.

While he’s busy launching other concepts, Tsumura is clear that there will only ever be one Maido, his flagship and most important passion project. The restaurant has conquered the hearts and bellies of gastronomes from Latin America and beyond with its sophisticated and delicious Nikkei bites and it is sure to continue as one of the hottest seats in the world.

But for Tsumura, it’s not about being No.1 or No.2 – he says the joy of being part of Latin America’s 50 Best Restaurants is the friendships he has made with other chefs over the last five years, including fellow Peruvians Martínez and Gastón Acurio. In this vein, he took his moment in the spotlight to mention his friend and fellow restaurateur Carlos García of Alto in Caracas, who has launched a soup kitchen project to help feed Venezuela’s hungry.

“Venezuela is having a really hard time right now,” said Tsumura. “I really believe that food has the power to change things and these are moments when I really believe you have to do something about it.”

With the strength of the community that has formed between the chefs of Latin America's 50 Best Restaurants over the last five years, there is no doubt that Tsumura and his friends are the ones with the power to make a difference.