Manish Mehrotra, the chef behind Indian Accent, No.30 in Asia’s 50 Best Restaurants 2017, will open a third branch of the restaurant in London next month. We meet the chef to discover how Indian Accent will fit into the UK capital’s competitive subcontinental fine dining market.

Forget Brick Lane with its cereal cafés and graffiti walking tours, London now has an alternative and rather more salubrious curry mile in Mayfair, although those hoping to neck cooking lager, smash a chicken and prawn bhuna and leave with change from a £20 note will be sorely disappointed. The majority of the capital’s high-end Indian restaurants are now clustered around Berkeley Square and Albemarle Street. The area has been a hotspot for high-end Indian restaurants for some time (long-term residents include Benares and Tamarind) but over the past few years it has been spiced up – both figuratively and literally – by the likes of Gymkhana and Jamavar.

These relative newcomers offer a less westernised Indian fine-dining experience with spice levels that Indians – or at least those who speak Hindi – would describe as chatpata, which loosely translates as ‘on point’. Located on Albemarle Street, just up the road from Gymkhana, Chor Bizarre predates these top-end establishments and was considered by many to be a bolthole; a kitsch Indian restaurant with a large, familiar and accessibly priced menu (for the area, at least) that provided a respite from tasting menus and wine flights.

All this will change next month when Old World Hospitality reopens its sole remaining London restaurant as Indian Accent (the group used to run Sitaaray and Tamarai in Covent Garden, but both have now closed). In common with its high-end namesakes in New Delhi and New York, it will offer an 11-course tasting menu and serve food designed to show that Indian cuisine does have a place in the world’s most creative restaurants. But, according to chairman Rohit Khattar, it will also bring something entirely new to London’s restaurant scene.

“We’ve been operating in London for 20 years,” he says. “We know the market and can say with confidence the dishes we will serve are different to that of any other Indian restaurant in the UK. Our presentation and the way we construct our dishes is non-Indian but the way the dishes are flavoured and spiced is exactly as you’d find in an Indian home.” 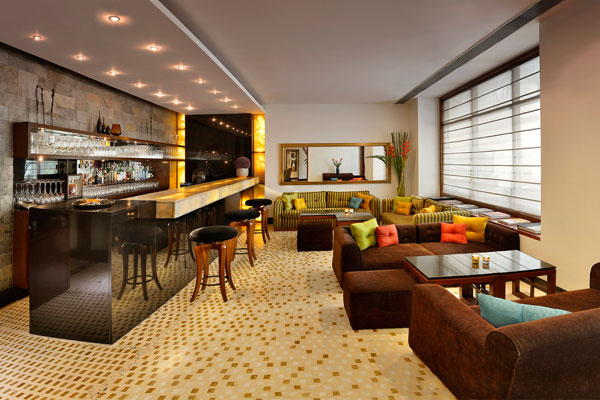 Khattar credits Indian Accent’s executive chef Manish Mehrotra with “redefining the vocabulary of Indian cuisine”. It’s no surprise to hear Khattar big up his star performer, but there’s also no denying the 41-year-old chef’s impact on how high-end Indian food is perceived on the global stage. Indian Accent is currently the only Indian restaurant in India to feature on the Asia’s 50 Best Restaurants list, although it is worth noting that Gaggan Anand’s eponymous modern Indian restaurant in Bangkok occupies the No.1 spot.

Indian Accent was destined for a pacy international rollout – when it opened in New York in 2015 Khattar already had more restaurants lined up in Dubai, Mumbai and Doha – but these have since been shelved. The team is likely to open a restaurant in Mumbai next year, once the London restaurant has bedded in, and will then pause to take stock. Indian Accent’s success is bittersweet, highlighting the subcontinent’s struggle to produce globally renowned restaurants.

Despite having one of the world’s most sophisticated and diverse cuisines, India’s restaurant scene is underdeveloped (its first ever restaurant guide was published in 1997). The main problem is that nearly every home has within it a highly skilled cook, so people are more likely to go out for pizza or sushi than they are to eat Indian food. 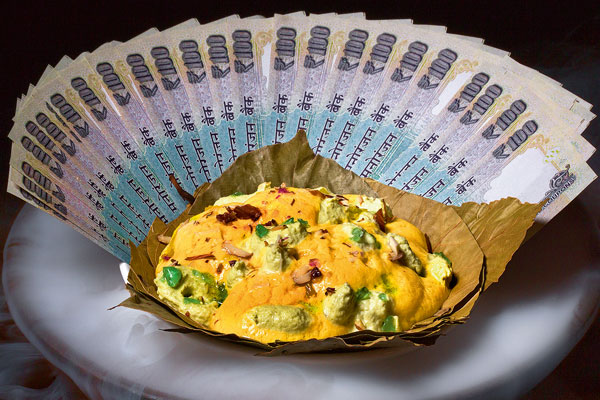 
Bringing it all back home

Unlike most Indian restaurant chefs, Mehrotra has sought to bridge the divide between restaurant and home cooking. “What people eat at home is not the same as what they eat in restaurants,” says Mehrotra, who was born in Bihar, northeast India. “The language is totally different, not to mention the techniques and often the ingredients too. But why not explore all these millions of home recipes? Many of them are more than worthy of restaurant tables.”

His dishes may look avant-garde, but they’re typically based on simple plates of food. The restaurant is also notable for championing humble produce that would not normally be seen in a modern Indian establishment, including jackfruit and yam. “We just tweak the recipes a bit and polish up the presentation. I love Indian restaurant food, but I find all the mystery surrounding it frustrating. They can keep their secret spice blends. The best food in India is simple, everyday cooking that uses the most obvious spice and flavour combinations.”

Narrative and a sense of place is important in Indian Accent’s food. Like other world-renowned chefs, including Massimo Bottura and Heston Blumenthal, Mehrotra likes to trigger nostalgia. But how do you trigger nostalgia when you’re cooking for people who aren’t from India? Mehrotra admits this is problematic.

At Indian Accent New York the team serves some dishes that reference or in some cases even use local specialities. Mehrotra’s famous stuffed naan breads, for example, contain blue cheese in New Delhi but in New York they’re stuffed with pastrami from Katz’s Deli and American mustard.

Indian Accent also serves a number of reimagined western dishes, including tacos, quesadillas, and a paneer and aubergine lasagne served with a rich makhni gravy. “What holds it all together is that the spices are always Indian,” says Mehrotra. “But the proteins and the vegetables are local, although in New Delhi we actually import our proteins because it’s still hard to find high-quality meat in India. The flavours are authentically Indian, but we reference the local cuisine too.”

Mehrotra is currently working on a few “little salutes” to Britain with black pudding and Marmite mooted as the most likely ingredients.

He describes his tasting menu as a progression. Traditionally Indians tend to eat all of their savoury food in one spread, but the Indian Accent menu references the sequence of food eaten throughout a day. “We start on the street, then we have home cooking, then something special and festive and finally something sweet,” he says.

The menus at the two (soon to be three) Indian Accents are far from facsimiles of each other. “The markets we’re in are very different,” says Mehrotra. “We have some signature dishes but we usually adjust them to suit the location.” 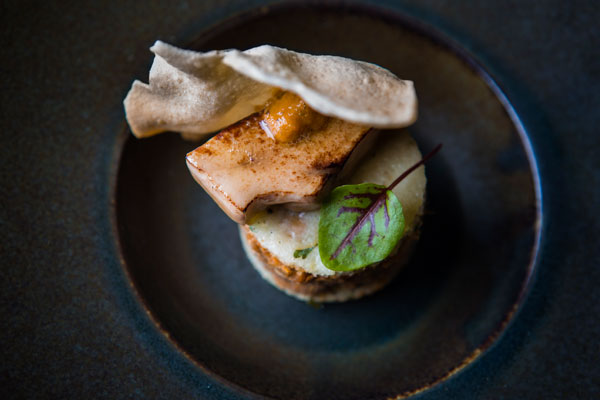 A question of price

Mehrotra’s number two at Indian Accent London will be Parminder Singh, former head chef of Chor Bizarre. There will be two or three other Chor Bizarre chefs, but unusually Mehrotra has gone to some length to ensure the kitchen will be 50% non-Indian. While many Asian chefs and restaurateurs talk about the need to recruit non-Indian talent, it remains quite rare to see non-Asians in their kitchens.

“It’s very hard to get chefs from India these days. While it’s a lot of work to teach non-Indian chefs about the cuisine and how to use spices properly, we do benefit from their expertise too,” says Mehrotra, who currently has two senior non-Indian chefs training at Indian Accent New Delhi. “Chefs who have worked in the world’s greatest restaurants can bring a lot to the table, not least a proficiency in modern cooking techniques, which are important in our kitchen.”

Indian Accent has become a success in New York despite Khattar and Mehrotra previously knowing next to nothing about the market. Their understanding of the city should ensure that Indian Accent ends up speaking London’s language.

A longer version of this article was originally published in the November issue of Restaurant magazine.

Asia's 50 Best Restaurants 2018, sponsored by S.Pellegrino & Acqua Panna, will be revealed on March 27th in Macao.