Header images: Manish Mehrotra and the interior at Indian Accent in New Delhi

After a successful launch in New York last year, Indian Accent will open a third branch in the UK capital in late 2017, according to chef Mehrotra. The restaurant, owned by Rohit Kattar's Old World Hospitality Group, will be located on Albemarle Street in the upscale Mayfair neighbourhood, just moments from Michelin-starred Gymkhana. It is believed to be on the current Chor Bizarre site.

Hailed as one of the top chefs in India and even the world, Mehrotra has helped put modern Indian food on the gastronomic map, serving inventive cuisine with – as the name suggests – an Indian accent. The original establishment in New Delhi has been voted The Best Restaurant in India at Asia’s 50 Best Restaurants for the last three years and currently stands at No.30 in Asia and No.87 in the extended version of The World’s 50 Best Restaurants.

While the flagship Indian Accent serves dishes such as duck khurchan in a cornetto-like cone with herb yoghurt and chilli chutney, the New York branch has adapted to its surroundings with courses including crab claws with butter-pepper-garlic and cauliflower and sweet potato shakarkandi with kohlrabi and crispy okra. Londoners should expect a menu suitably adapted for the local audience, plus plenty of the restaurant’s inventive cocktails. Both the New Delhi and New York restaurants serve à la carte as well as a nine-course tasting.

Chef Mehrotra is also running an Indian Accent pop-up in Palm Springs next month, with three days of special 10-course dinners at the Parker Palm Springs from April 7th to April 9th. 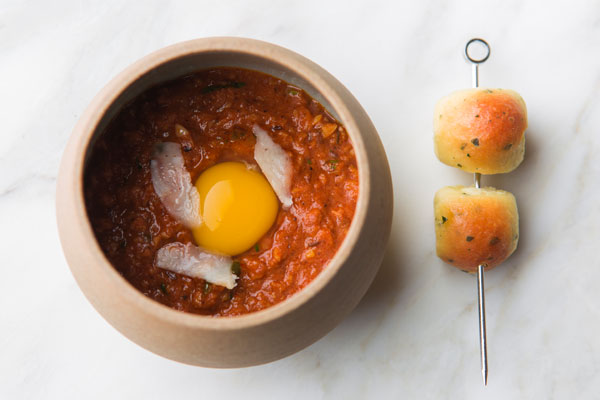