The chef-owner of Osteria Francescana, No.2 in The World’s 50 Best Restaurants 2017, is turning leftovers and offcuts into world-class dishes at his latest project in London.

Italian chef Massimo Bottura has called on his peers to end food waste by transferring their knowledge to the next generation. At the launch of his Refettorio Felix community kitchen in London on June 5, he said he wants his fellow cooks to teach the world to see waste not as waste but as ingredients for the next delicious dish.

"We want to fight waste, or at least what other people think is waste – for us, it's just ingredients," Bottura said at the opening of the project at St. Cuthbert’s Centre in West London. "If we fight the waste, which is 33% of food production, then we won't need to produce more; we won't need to stress the planet."

In his latest project, Bottura will be making meals out of surplus ingredients from supermarkets and restaurants across London, collected daily by The Felix Project charity, and serving it to the homeless, mentally ill, drug users and the elderly. He will welcome a series of guest chefs including fellow 50 Best cooks Isaac McHale of The Clove Club, Brett Graham of The Ledbury, Ashley Palmer-Watts of Dinner by Heston Blumenthal, Alain Ducasse of Paris’s Plaza Athénée and countless other London-based chefs including Giorgio Locatelli, Angela Hartnett and Clare Smyth. 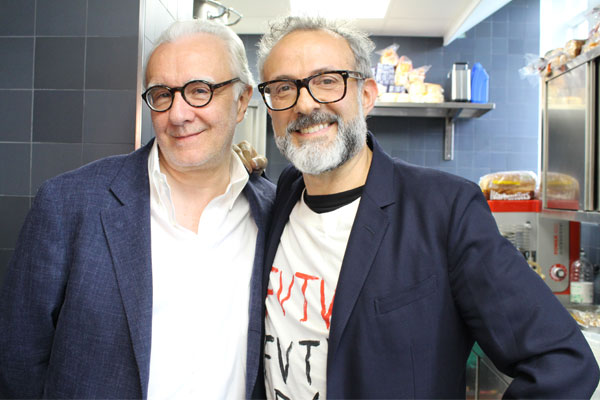 
Refettorio Felix is the latest in a series of global food waste initiatives that Bottura has been running since 2015 as part of his Food for Soul non-profit organisation. First conceived in Milan with Refettorio Ambrosiano, the soup kitchen idea landed in Rio de Janeiro in 2016 as Refettorio Gastromotiva, converting surplus food from the Olympic Games into healthy meals. After receiving a grant from the Rockefeller Center to roll out the project across the US, he is now looking towards Detroit, New Orleans and New York’s Bronx as potential next destinations, with Montreal and the Vatican City also on the cards.

“First, we need the knowledge of the chefs to show what we can do with ordinary ingredients,” he says. “Second, we transfer our knowledge to the volunteers and show the young generation that if we can do this, they can do it too. Chefs in 2017 are much more than the sum of their restaurants.”

On the opening day, Bottura cooked a “soup of everything” with black lentils and all the vegetables collected from nearby supermarkets, as well as a pasta with pesto with breadcrumbs to substitute the pine nuts, and an ice cream made with Earl Grey tea and biscuits. The use of breadcrumbs is particularly significant because of the title of Bottura’s upcoming cookbook, Bread is gold, which will feature recipes from the chef and his friends, transforming leftover ingredients into “extraordinary” dishes. 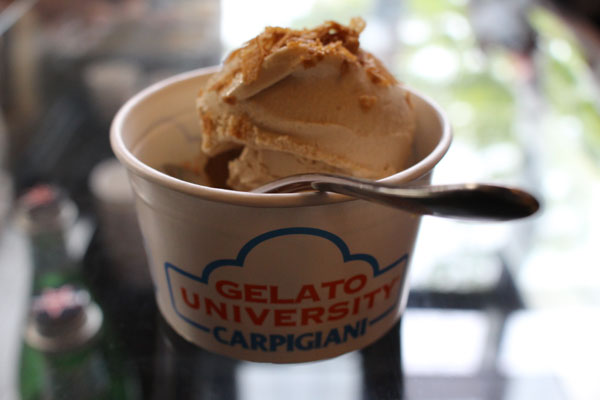 
“These are ordinary, perfectly good ingredients, that we ask the right questions of,” he said. “With bread that is two days old, we cannot pretend to serve it as warm bread at the table, but we can make bruschetta or create a basic pasta with breadcrumbs.”

After the Milan project, both France and Italy passed a law against food waste and Bottura has since spoken with former US President Barack Obama and his wife Michelle, who both feel passionately about ending waste and preserving the planet. The next step, he says, is to transmit skills and knowledge around the world so that the legacy of the project can live on.


Now see what Massimo Bottura said about the project on its opening day: