As The SG Club landed in the list of Asia’s 50 Best Bars 2020 at No.9, it took the honour of being named The Best Bar in Japan, sponsored by Nikka Whisky. Its globetrotting owner Shingo Gokan finds himself based in Tokyo for the immediate future due to international travel restrictions – from here, he takes time out to speak about the progress of his flagship, the thinking behind his multi-element bar concepts and how he manages an empire that requires him to design 300 cocktails at any one time

When Shingo Gokan packed his bags for New York City aged 23 without a word of English, it’s unlikely that he imagined in 14 years’ time he would be the owner of a string of the world’s best bars stretching from Tokyo to Atlanta. No fewer than three of his creations sit in The World’s 50 Best Bars 2019 list, backed by four in this year’s Asia’s 50 Best Bars ranking. These stats together make him the most successful bartender and bar owner operating in the world today.

Pre-Covid, Gokan would regularly take up to 100 flights a year to stay on top of his various projects, research missions and consultancies, but today he finds himself grounded in his native Tokyo. In 2018, he opened The SG Club here and back in May it was voted The Best Bar in Japan 2020, sponsored by Nikka Whisky. “This award has been particularly special for me,” he says. “I’ve been dreaming about opening in my hometown since the day I left and to win The Best Bar in Japan, sponsored by Nikka Whisky, just two years since we launched gives a very different feeling. It’s very special.” 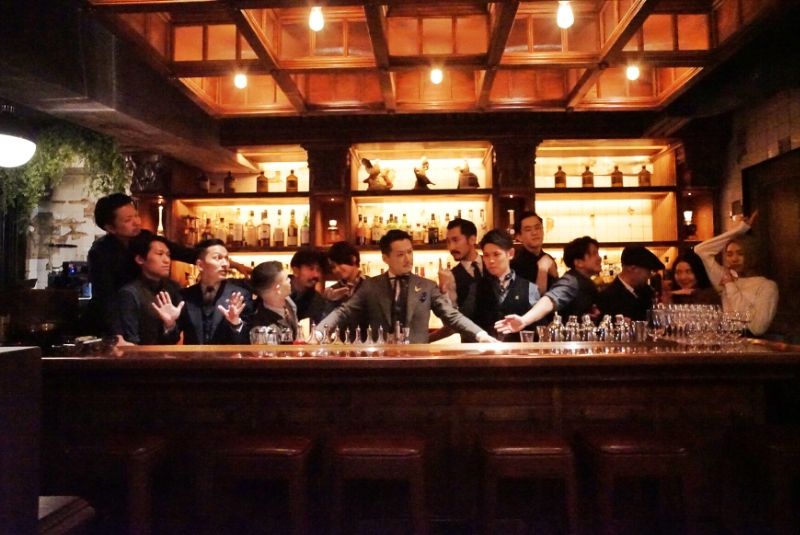 Gokan and the SG Club team

While his initials put the ‘SG’ into The SG Club, they also stand for Sip and Guzzle, two of the three spaces available in the bar with its clandestine entrance in Tokyo’s Shibuya neighbourhood. These multi-faceted spaces are fast becoming Gokan’s signature. By running more than one style of bar under one roof, he can cater for different kinds of guests, as well as giving the option for customers to traverse the spaces as their night develops without leaving the premises. His three Shanghai bars The Odd Couple (No.38, Asia’s 50 Best Bars 2020), Speak Low (No.19) and Sober Company (No.12) also operate with this blueprint.

“This is the style I started to build when I opened Speak Low,” explains Gokan. “When I was working at Angel’s Share in New York, I often found it difficult because there was no standing in the bar. I often had to turn people away and it really bothered me. Even when my friends or international bartenders came in who I really wanted to accommodate, I had to reject them. This new style of bar allows me to offer something to everyone.”

Indeed, The SG Club is egalitarian. The main space is occupied by Guzzle which, as its name suggests, is a high-volume, layback-friendly proposition designed to cater for the party crowd. Downstairs, industrial-styled Sip operates a reserved seating policy and takes its inspiration from more spirit-forward drinks and jazz music. On the top floor, Savor is the most exclusive space. Cocktails are paired with cigars and mixed with super-premium spirits and serious skill. “I don’t like the phrase ‘VIP’, but Savor is definitely the experience I recommend for my close friends and those who want a classy experience and relaxed evening. Downstairs is focussed on creativity and a livelier ambience.”

Gokan and his Head Bartender Yuya Nagamine introduce you to their bar:

Technical knock-out
After being turned down for a job as a pastry chef, Gokan turned his hand to bartending. With two years behind him in a casual Tokyo bar, he was promoted to head bartender, at which point one of his well-travelled regulars suggested his style of drinks would find a welcome home in New York. Within the month, he had booked his flight.

In all, Gokan spent seven years working at much-lauded Angel’s Share, where he helped introduce the city to the understated theatre of Japanese bartending techniques. “In Japan we have a longstanding cocktail culture,” he says. “We have been polishing the style for over 100 years and we are protective of it, too. Go anywhere in the world and order a gimlet and it will taste pretty much the same. But in Japan, it is much drier. We focus in detail on the ice we use and the technique applied to shaking each individual drink. For my own personal style, I try to mix American, European and Japanese influences.

“In Japan we just didn’t have high-volume bars when I was growing up, so when I saw Employees Only in New York, I was shocked and in awe. The second floor at The SG Club is based on my experiences at EO.” The effect it had was lasting; Gokan now co-owns The Odd Couple in Shanghai with Employees Only frontman Steve Schneider. With their combined influence, the bar continues to go from strength to strength.

Making lists for the future
When it comes to drafting drinks lists for his various venues, Gokan admits that it’s quite the undertaking. Subdividing his bars into multiple spaces means he must conjure unique cocktail menus that match each style’s aesthetic. “Across all my bars, there’s in the region of 200-300 drinks on the lists at any one time and that doesn’t include my consultancy work,” says Gokan. “I write ideas for drinks on my phone whenever I think of anything and then gradually develop them in my mind before I test them. Of course, I encourage my teams to put forward ideas, too.”

Which drink would he choose from The SG Club that best defines its style? “I think for Guzzle, it would have to be the No.1 Cup,” he says. “It’s our signature drink and comes as a twist on a Pimm’s No.1 Summer Cup. It’s very refreshing and brings together all the flavour profiles I like to work with: umami, sweet, floral and spice. It contains Pimm’s, spiced Earl Grey tea, sake and gin, and looks cute as well.

“For Sip, it would have to be the Tomato Tree. I’ve been working with tomato water in drinks for a long time and it has kind of become something that people expect to try in my bars. Right now, I serve it with my own Shochu, dill and elderflower. It’s delicious.” 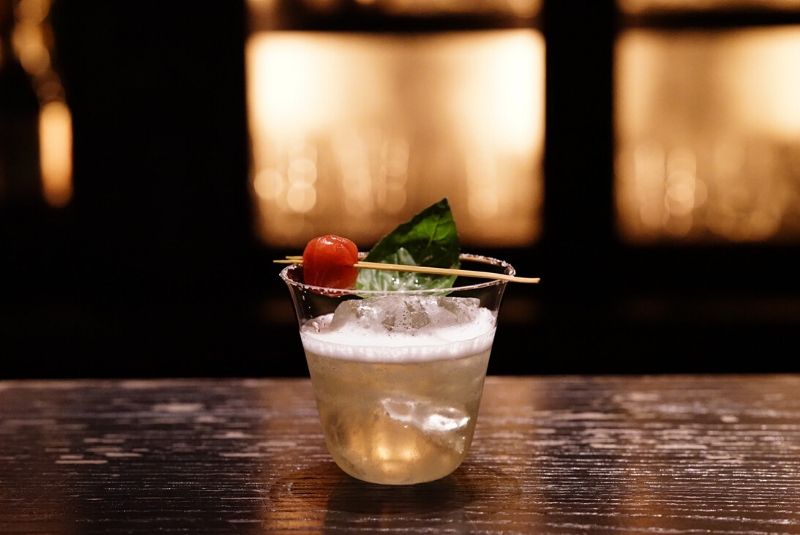 While Gokan is currently grounded in Tokyo, his plans to expand proceed. Just before coronavirus struck the world, he had just signed the lease to open his first bar in New York. “Progress has slowed, but it’s still very much what I want to do,” he confirms. “New York is my second home and I’ve always wanted a place there, but it’s important not to rush it. I want to get it just right.”

Once he has conquered New York, are there plans to further develop the empire? “I love London,” he says without missing a beat. “For me it’s the best city for drinks creativity, but in terms of a varied drinks scene, it’s Singapore. There are so many different styles – amazing hotel bars, restaurant bars and independent spaces in surprise locations. The fact that you can go between them all in 15 minutes is another great factor. However, I don’t think I’d ever open there. It’s far too competitive at the moment.”