Kinoya in Dubai has been named the One To Watch as part of MENA’s 50 Best Restaurants 2022, sponsored by S.Pellegrino & Acqua Panna. Its chef-owner Neha Mishra quit her day job as a film producer to evolve its concept from supper club to successful restaurant in under a year, through scores of rapturous reviews and happy guests. She speaks to 50 Best about learning to cook ramen without having tasted it, why she insists on keeping prices fair and how Japanese culinary study has become her obsession

The philosophy behind ramen is an outlier in the canon of Japanese cookery. Where much of the nation’s cuisine is characterised by repetition, accuracy and process, ramen comes from a different place altogether. No two bowls are identical; each ramen master’s work is his or her own. It is one of very few Japanese dishes where variance is lauded and idiosyncrasy celebrated – with ramen, there are no rules, only interpretation.

Which is perhaps why ramen joints are universally popular across the globe. The concept of ramen – noodle broth, usually topped with a protein, vegetables, soy and spice powder – travels well and fits neatly into the fast-food zeitgeist for items to be added or subtracted at the diners’ behest. Don’t like soy-pickled Century Egg? Remove it. Or, better still, switch it up for extra nori, ginger or another helping of the house char siu pork. 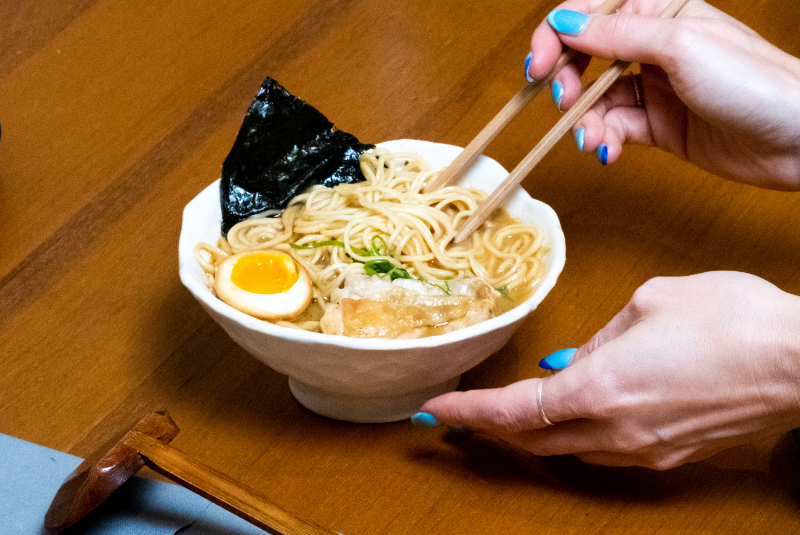 “For me, it all started with ramen,” begins Neha Mishra, chef-owner of Kinoya, Dubai, which has just been named One To Watch as part of the MENA’s 50 Best Restaurants awards programme. “The journey has been a lot like falling in love. Initially I felt the frustration of it, then I became obsessed with it – at no stage has it felt inanimate; it has always felt like it was the kind of evolving relationship you’d have with a person as it’s all so nuanced.”

Mishra isn’t the first chef to speak in such existential terms about her craft. Over the past decade she has been developing her own ramen bowl, consistently fine tuning and perfecting the broth, revising its accoutrements. “I started making ramen before I had actually ever tasted ramen!” she says. “Initially, I was making the most basic ramen construction possible. It was a good six months of intensive cooking before I felt as though I was in a decent place. The more I read, the more I learnt that there is no set foundation, which inspired me further still.”

A flight to the Far East was the next logical step. “My first trip to Japan was incredible. Because, of course, it was my first time in Japan, but mainly because I was there for 10 days and all I did was eat ramen,” says Mishra. “It gave me two key learnings: one, it showed that my understanding of ramen wasn’t completely off. And two, how much there was to learn. What the Japanese people taught me was that ramen is vast and its spectrum is wide. And because it has become contemporary over time, that there are no rules. In a culture that is so defined by rules, ramen is perhaps one of the very few things that is truly limitless in possibility.” 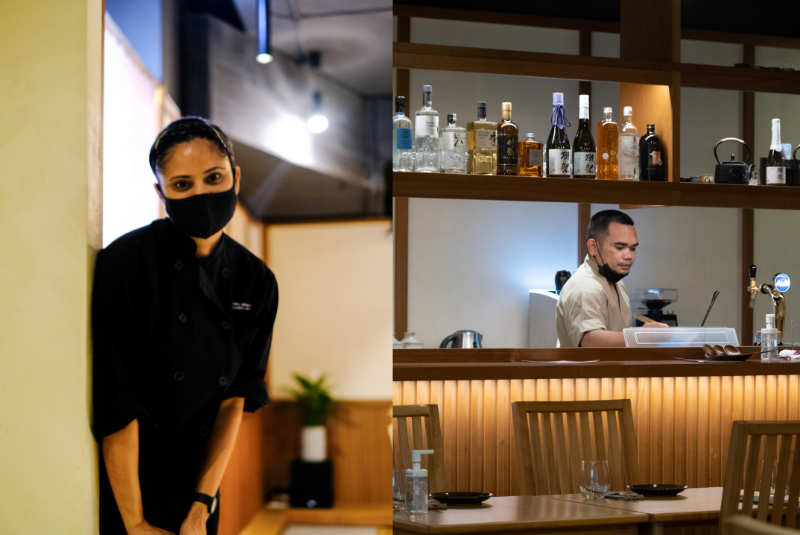 Best of broth worlds
For Mishra to make ramen her métier without having tasted the dish, or even considered a trip to Japan, says a lot about her as a person and as a cook. Born in New Delhi, she is a proud Indian woman, but the tropes associated with Japanese cookery resonated more richly than the cuisine of home.

“Being Indian, we come from a huge cultural background of food,” Mishra explains. “But I always found it very chaotic. It has a very ‘more is more’ attitude and while I love my grandmother’s food, I could never immerse myself in it as it just felt too full of excess. Whereas with Japanese culture, I found so much calmness and meditation – I love the idea that you can do one thing and that one thing becomes your life’s work.”

Once Mishra was happy with her iteration of ramen, she launched a six-course Japanese supper club from her home in Dubai entitled A Story of Food. So successful was the dining series, it ran six nights a week for nearly three years. Availability was released once every three months; within hours each sitting would sell out. Before she decided to open Kinoya and take her concept mainstream, A Story of Food had fed 7,000 happy diners. When she could balance the earnings from the supper club with her successful 15-year career as a video producer, she put all the Century Eggs in the ramen basket.

“It was never my intention to run a restaurant, or indeed a full-time supper club,” Mishra laughs. “The whole journey started with me saying ‘I’m just going to do this thing for myself because I love it.’ And I think guests could see how much I loved doing it – people generally enjoy watching others do something that they love.” 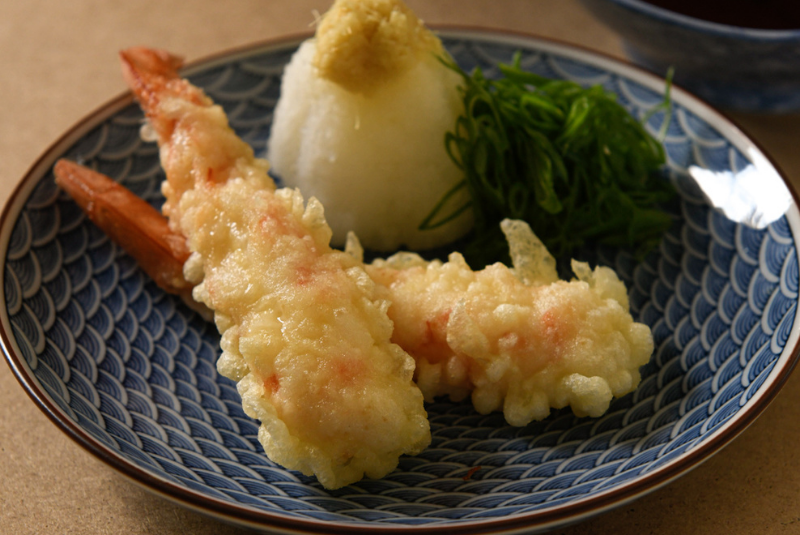 Prawn tempura, a dish that was present on both Mishra's supper club menu and at Kinoya

One of the most interesting things about Mishra’s supper club and indeed her restaurant, is that it emerged with a mid-range mindset. Where high-end luxury proliferates Dubai, Kinoya offers a refreshing riposte, with a full meal costing around $40 a head. “In the supper club, I had guests from all kinds of societal backgrounds: some people were really rich and others were very working class. I wanted to make sure the restaurant stayed true to this and that we could welcome everyone equally,” she says.

Mishra treated her supper club as a focus group and trialled the menu on sale today in Dubai’s Onyx Tower on the huge breadth of people who came to eat in her home. “As I spent so long as a home-based cook, I got it into my head that I wouldn’t be taken seriously by my peers,” she admits. “I had huge imposter syndrome that even though I knew I had thousands of people who had tried and enjoyed my ramen, I would never have the respect of the chefs I look up to if I didn’t evolve it into something else, something bigger.” 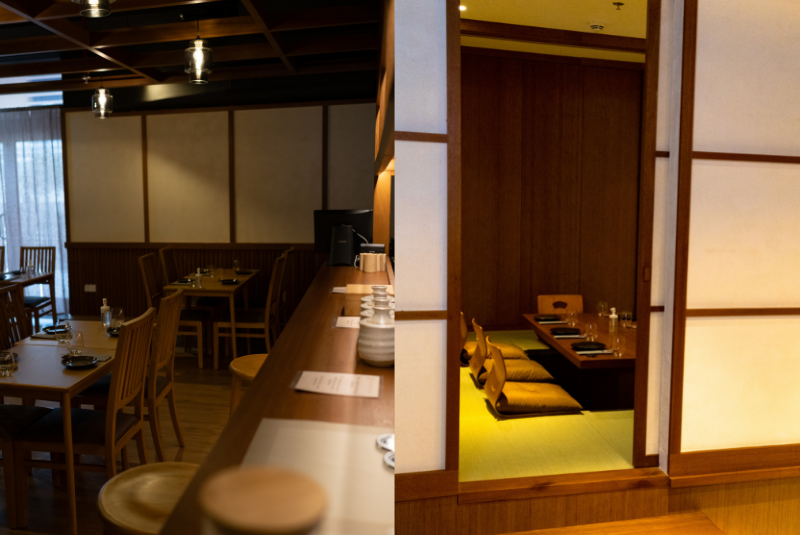 And so came Kinoya – whose name in Japanese means ‘little house’, speaking to its supper club roots – which Mishra opened with one investor 10 months ago. As its One To Watch Award attests, its progress has been meteoric as local diners slurp up the ramen and the egalitarian identity it brings with it. “If our bookings are anything to go by, people are beginning to appreciate what we do more and more,” she says. “For the next year I just want to focus, concentrate on my philosophy and the Japanese principles of doing one thing and doing it properly.”

Now take a tour of Kinoya in the video:

Kinoya will be named One To Watch at the Middle East & North Africa’s 50 Best Restaurants 2022 awards ceremony, sponsored by S.Pellegrino & Acqua Panna, to be held in Abu Dhabi, UAE, on Monday 7th February. Visit the MENA’s 50 Best Restaurants website to discover how the list is being created and join the community on Instagram, Facebook, Twitter and YouTube to be the first to hear about the latest news and announcements