As dusk falls, the city’s lights flicker in through the floor-to-ceiling windows of The Pot Luck Club in Woodstock, Luke Dale-Roberts’ stylish sixth-floor restaurant with a panoramic view of Cape Town. Dale-Roberts is popularly known for The Test Kitchen, his fine dining establishment, which sits at No. 22 on The World’s 50 Best Restaurants list.

From The Pot Luck Club, diners drink in a 360-degree view of the Mother City, as Cape Town is fondly called – from the train tracks of Woodstock wrapping all the way around to Lion’s Head. For Mexico City chef Jorge Vallejo and his sous chef Orli Del Angel, it softens the acclimatisation and the sleepless nights on account of jet lag, as the two bring the best of Quintonil (No. 12 in The World’s 50 Best) to meld with Dale-Roberts’ South African menu. It’s a grand effort, executed with a gentle hand where escamoles (ant larvae), springbok carpaccio, grasshoppers, sweetbreads, crab tostadas and South African beef find unison in a cross-country and cross-cultural fusion. 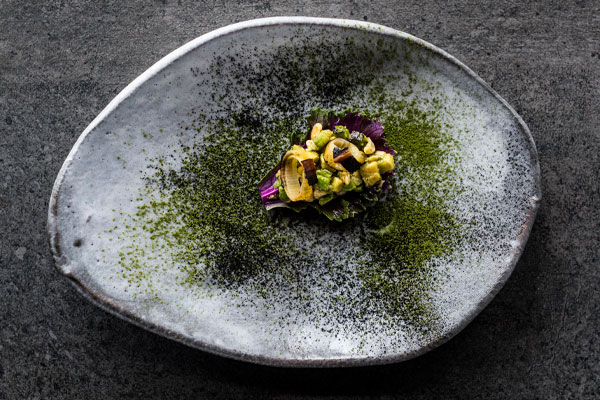 Crunchy escamoles with herbs on a delicate kale crisp


The idea for Mexico and South Africa’s top restaurants to collaborate on an inaugural feast between both countries stems from earlier talks and solidifies when Dale-Roberts and Vallejo meet at The World’s 50 Best awards in New York in June. Menu planning takes around three months of back-and-forth communication, predominately through email. On 15th, 16th and 17th September 2016, three 14-course dinners representing the philosophies of The Test Kitchen and Quintonil are served to 150 guests, who nab tickets within hours of the announcement.

“There’s often that connection between chefs and I felt it very much with Jorge,” Dale-Roberts says after the first dinner, which corresponds with the eve of Mexico’s 206th Independence Day. “You come from a similar background in the kitchen and you've learnt similar things. There is a delight, too, in making something beautiful together.”

For Vallejo, the similar work and food ethic that he and Dale-Roberts share made the menu planning and process easy. “He’s a very nice guy. We both take care of the staff in our kitchen. It’s more than just making food, it’s about collaborating,” Vallejo explains. 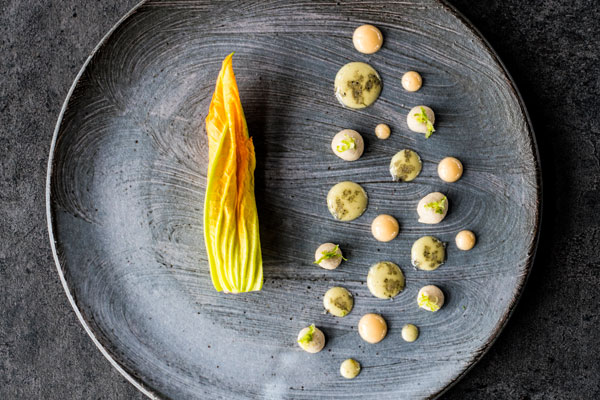 
Dale-Roberts says the 14 courses are not too heavy, with his dishes presenting autumn flavours and Vallejo’s a taste of spring. South Africa is merging into a late spring currently, so the courgette flowers for Vallejo’s shrimp tartare dish, a creative take on the Mexican taco, are picked on the morning of the dinner. With it, Vallejo says he hopes to impart to locals a typical Mexican food tradition of eating with the hands.

The menu was carefully paired with a range of top South African wines as well as speciality teas for teetotallers. Transporting the escamoles, chillies and grasshoppers to South Africa was a case of camouflaging the ingredients through dehydration, pastes, sauces and powders in advance, Vallejo shares. 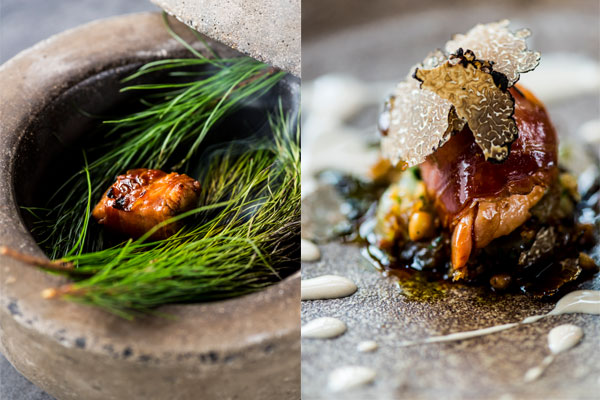 
Dale-Roberts and Vallejo aim to continue the collaboration between South Africa and Mexico, and aided by the Mexican embassy and its Ven a Comer (Come Enjoy our Cuisine) initiative, there are plans to host similar dinners in Mexico with a range of chefs from Latin America’s 50 Best Restaurants. Dale-Roberts mentions he’s looking forward to learning in Mexico and in the months to come, hosting The Test Kitchen workshops in Cape Town with a respected indigenous Oaxacan cook.

“In Mexico, everything comes from the table," says Vallejo. "We have a lot of traditional recipes that run very deep in our blood. Mexicans say that we don't have blood in our veins, we have salsa.”