Early next year, the culinary world’s focus will switch to a new territory covering North Africa, the Levant, the Gulf states and more. With the 50 Best organisation announcing its first new regional list of ranked restaurants in almost a decade, Director of Content William Drew explains what’s going to happen, when, where and why in this article – and you can meet the region's new Academy Chairs here

Almost 10 years ago, the team behind our famous annual ranking announced it was expanding its reach beyond The World’s 50 Best Restaurants. If that sounds counter-intuitive – how can you go beyond the entire globe? – then the launch of Asia’s 50 Best Restaurants in early 2013, shortly followed thereafter by Latin America’s 50 Best Restaurants, surely answered that question. By shining a brighter spotlight on those two diverse regions over the last decade, our lists and awards have gone some way to broadening global culinary awareness and, arguably, helped drive changes in international attitudes towards food and restaurants.

Now it’s time for 50 Best’s next chapter: we are ready to celebrate the gastronomic delights of the Middle East and North Africa.

In 2022, the inaugural edition of Middle East & North Africa’s 50 Best Restaurants, sponsored by S.Pellegrino & Acqua Panna, will be hosted in Abu Dhabi. On 7th February, 50 outstanding but varied dining destinations – hopefully spanning the entire 19-country region (see full list at end of article) from Morocco in its far west across to Iran and Oman further east – will be recognised and feted, along with hard-working restaurant teams and brilliant individuals.

The ranking will reflect the best restaurant experiences collated from 250 voters, made up of anonymous restaurant experts from across MENA. This is not intended as a ‘fine dining’ list, but a true reflection of the greatest eating destinations across the Middle East and North Africa, comprising secret local spots alongside high-profile names, established classics next to daring innovators.

But more than that, the MENA region’s entire rich, diverse and delicious culinary portfolio will gain some of the global attention it surely deserves. The range of ingredients, spices, traditions, techniques, influences and talent across this vast expanse of land is there to be explored, whether from within the region itself or from further afield, as travel begins to open up again come 2022.

Over the last decade or more, the likes of host city Abu Dhabi have attracted major international chefs to open high-profile restaurants, which has in turn led to the more recent rise of home-grown Emirati talent, now gradually coming to the fore. Equally, countries such as Lebanon, Morocco and Israel are steeped in sophisticated and wonderfully evolved food cultures of their own.

Special awards in build-up to first list
In the approach to the unveiling of the list itself, a series of special awards will be announced including: the Icon Award honouring an individual respected across the gastronomic sphere; the One To Watch Award highlighting a rising-star restaurant; and MENA’s Best Female Chef Award, helping promote greater gender balance in the hospitality sector worldwide. 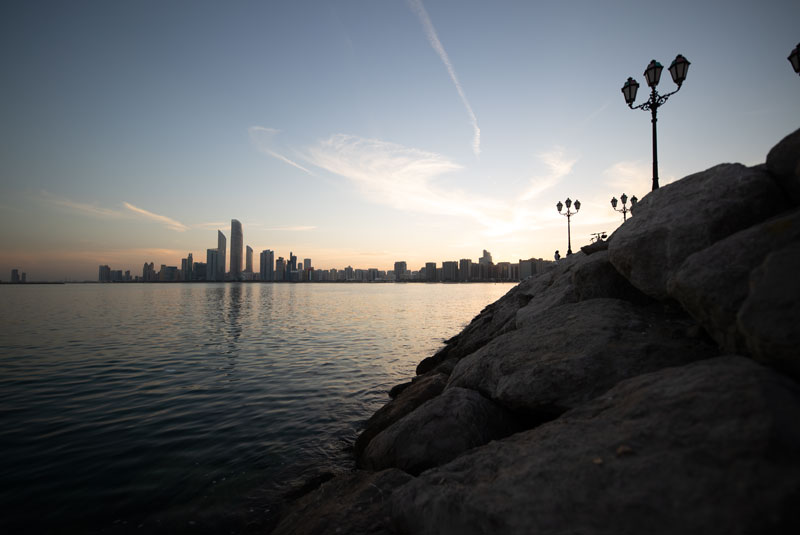 Culinary superstars from around the globe will join 50 Best in the UAE capital as part of an extensive event programme from 4th-11th February 2022, hosted in partnership with the city’s Department of Culture and Tourism as part of the Abu Dhabi Culinary Calendar. Highlights will include an edition of thought-leadership forum #50BestTalks and a series of collaborative dining events featuring world- renowned chefs, as well as the best regional talent.

A series of live Chef Masterclasses will be open to food-loving consumers on a ticketed basis, while a traditional Chefs’ Feast will showcase the finest produce and cooking from the host destination. The gala awards ceremony will see the list of Middle East & North Africa’s 50 Best Restaurants revealed in a live countdown, culminating in the announcement of The Best Restaurant in the Middle East & North Africa 2022. More details about how to get tickets and be part of the event will be revealed over the coming months.

After the recent hiatus in travel and the cultural discovery that goes with it, this launch marks a critical step in 50 Best’s continuous drive to inspire open-minded diners to seek out new culinary adventures, putting the spotlight on up-and-coming chefs and food trends, and showcasing the subtlety and complexity of various cuisines from around the world.

Images courtesy of the Abu Dhabi Department of Culture & Tourism