The Italian-style aperitivo bar was last night named The World’s Best Bar 2019, sponsored by Perrier, at the sparkling awards ceremony in London’s Roundhouse

Walk past Dante in the Greenwich Village neighbourhood of New York on any given morning and you’d be forgiven for mistaking it for just another Italian-style café. But behind the frontage, which first opened its doors in 1915, lies The World’s Best Bar 2019, sponsored by Perrier. The full line-up of the newly announced list of The World's 50 Best Bars 2019 saw bars from 22 countries make the ranking, with 15 new entries.

Dante’s co-owner Linden Pride and creative director Naren Young collected the trophy at the awards ceremony on Thursday, 3rd October, at London’s Roundhouse, in front of a full house of the world’s best bartenders, bar owners and drinks writers. “I can’t put into words what this achievement means to us,” said Pride immediately afterwards. “I’ve just got off the phone to my wife [Dante co-owner Nathalie Hudson] who’s on her way to work. She can’t wait to let the team know that all our hard work is paying off. From the janitors to the head bartenders, they’ll be opening the Champagne tonight.” 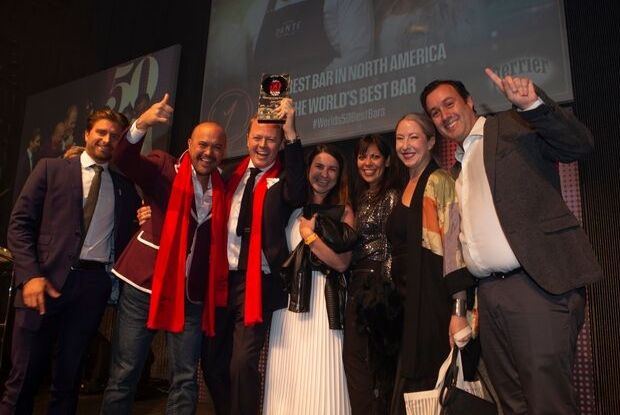 Dante’s success further re-enforces the current trend for more casual bars rising in popularity, witnessed across the 50 Best ranking. In a strong showing for Latin America, Argentina’s Florería Atlántico takes the No.3 spot, the highest-ever ranking for a South American bar. The UK boasts the most entries with 10, the highest-ranked being Connaught Bar, coming in at No.2.

Australian-born Young, the cocktail genius behind Dante’s drinks, focused on the bar’s ethos of hospitality: “It’s just brilliant to see that what we strive to do clearly resonates with so many people. Guests remember how they are made to feel; we want every person to feel good from the moment that they come into the bar. We do everything we can to make it feel like a family atmosphere.”

The venue first opened as Caffé Dante back in 1915, with the current team taking over the lease on its 100th birthday four years ago. The new owners had the vision to see what this still popular but somewhat faded neighbourhood café could become. They began by reinventing the drinks list, which features a whole section devoted to negronis and drinks formed around Italian apertivo classics. The Garibaldi, a simple serve made with Campari and ‘fluffy’ orange juice, perfectly exemplifies the bar’s philosophy of how giving care and attention to classic drinks can win the plaudits. “We’re just making a modern refresh for the aperitif, creating a fresh proposition for the customer. We wanted to stay true to the bar’s history, but keep it relevant,” said Pride.

Backing the drinks list is a classic all-day Italian menu, featuring the likes of focaccia, burrata, panini and antipasti, which provides ideal ballast for the some of the more spirit-heavy cocktails. The cocktail list varies with the seasons, with spritzes in the summer and hot pours as the temperature drops. 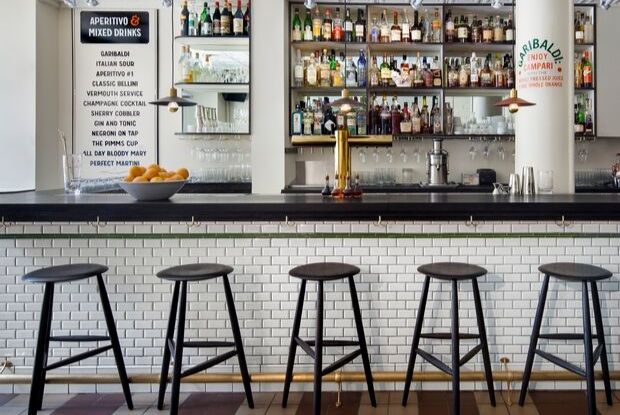 The team is also set to open a second iteration of the Dante concept in late October. Set on the intersection of Hudson and Perry Streets in Manhattan’s West Village, it will have a ‘coastal Mediterranean’ theme. The drinks will include Spanish takes of martinis with ‘thrown martinis’ - where the drinks are mixed by tossing spirit and vermouth between two vessels - taking centre stage.

Heading off to the official World’s 50 Best Bars after-party at Waterloo’s 26 Leake Street, Pride and Young stopped to pose for pictures with their trophy. “I just hope we don’t leave this one in the back of a taxi,” said Young.