Overstory, over-deliver – the secrets behind how one New York bar provides the best service in North America

In the first pre-announced award of the North America’s 50 Best Bars programme as part of the build up to the ceremony on 7th June, New York City’s Overstory is named the winner of the inaugural Michter’s Art of Hospitality Award. Emma Janzen speaks to beverage director Harrison Ginsberg about the lofty ambitions for a bar that is becoming a towering monolith in delivering impeccable service

Standing tall over New York City’s financial district, on the 64th floor of the iconic 1930s-era art deco building at 70 Pine Street, Overstory bears all the trappings of the world’s most elegant bars. From the stunning views and dignified design to its collection of complex and contemporary cocktails, the beautiful space has drawn guests from around the world to its lofty perch since opening mid-2021.

While many programmes of this calibre might put forward a somewhat elitist attitude to match the chic ambiance, thanks to the salt-of-the-earth hospitality instilled by beverage director Harrison Ginsberg, the experience of pulling up a barstool for a drink feels as effortless and comfortable as it might at a favourite neighbourhood tavern. This is one of the many reasons why Overstory has earned this year’s Michter’s Art of Hospitality Award, given to a bar that the voting Academy considers to have offered the single-best service experience throughout the voting period.

“It is kind of an intimidating place to come because it’s at the top of this fancy building, so you have to check in at the desk on the first floor – this opulent museum-like space – take a long elevator ride to the top, and there is usually a long queue of people waiting. From day one the goal was to make this otherworldly space to be accessible for everyone, whether they are wearing a t-shirt and sneakers or dressed up nice to go out for a memorable night,” Ginsberg says. 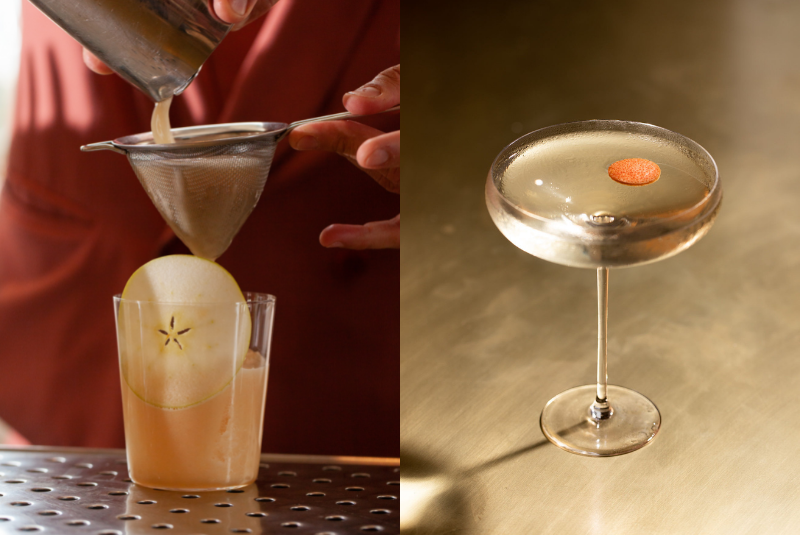 The savvy beverage director opened Overstory after working at bars such as Chicago’s The Dawson and NYC’s Dead Rabbit (which won The World’s Best Bar crown in 2016) and BlackTail, but his approach to hospitality developed primarily from his time working in restaurants as a teenager. “I learned that hospitality starts when someone gets out of their car and starts walking towards the front door… It’s about making people feel good and welcome, as if they were coming into your home.”

He calls the style of hospitality cultivated at Overstory “noticeably appreciative”, because, “we’re not just order-takers, we want to be there with guests – to be present with them in the moment. The whole goal is to not take people away from the human interaction of being at a bar,” he says, adding that while the pandemic posed challenges to this goal, now the programme is hitting its stride. “When we opened it felt very stiff and cold in terms of doing service with masks on, because you can’t see facial reactions and it’s hard to hear people, so it made us work harder to get it right,” Ginsberg says. “Now we are really coming into our own.”

Drinking in the view
With 28 indoor seats (plus a striking wraparound terrace with views of the city beyond), the intimate space allows bartenders to interact with guests in a way that is not usually possible in New York’s most exclusive bars. Service begins with a welcome drink, usually a rotating alcohol-free beverage like cold-brew genmaicha or similar, as an inclusive start for the experience to follow. Over the course of a visit, bartenders will encourage guests to explore the terrace or meet new people if the moment seems right. Little touches like walking a guest to the elevator at the end of their visit reiterate that ‘at home’ feeling, and folks are encouraged to revisit whenever the mood strikes.

Much of the magic happens behind the scenes, though, so guests aren’t overtly aware of the myriad mechanisms that go into a smooth and enjoyable night of service. For example, the cocktail menu features drinks made with an assortment of techniques, from clarification to fermentation, fat-washing, and centrifuging, but the methodologies and intricacies of such processes are not spelled out at length on paper. Instead, the printed menu describes the flavours of cocktails in the most simple terms to encourage conversation with the bartenders – a critical touchpoint of service for Ginsberg. “The whole decision to do this very minimal menu was born of the idea that we have this incredible view, this incredible space, and I don’t want to put a story in front of someone’s face so their head is down the whole time.” 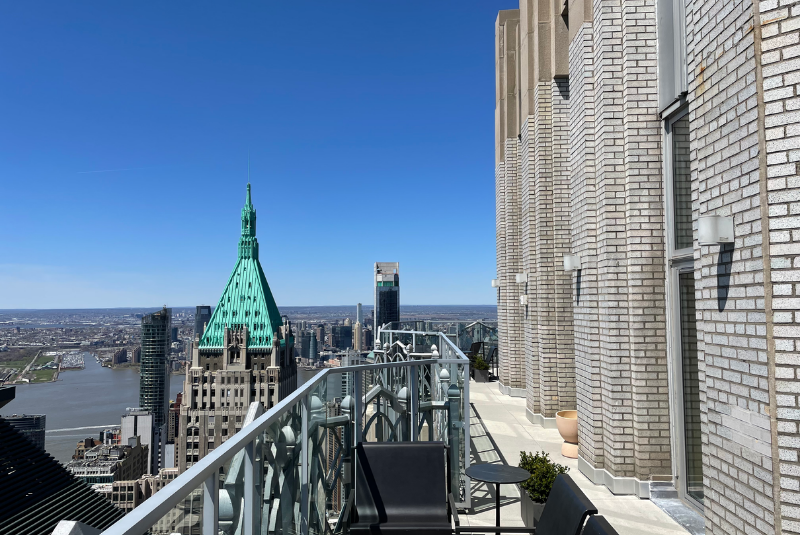 The bar team also works hard in other ways to ensure smooth service once the lights go on. Head of bar production Cassandra Lee, for example, handles all the prep work to ensure there is no stress about availability of ingredients once doors open. “She pushes everyone to do unique and forward-thinking things,” Ginsberg says. Constructive criticism and open dialogue is also encouraged between staff members to ensure camaraderie and bonding – crucial qualities of a cohesive bar team.

Another key to the bar’s success is how Ginsberg assembled a staff from diverse backgrounds so everyone would bring something different to the table. “And I don’t mean just diverse in the ethnicity sense,” he says, “a lot of our bartenders have worked in neighbourhood bars, in fancy cocktail bars all over the world, in fine dining. One of our guys, Ricky, was actually a guest at the bar before we hired him. He had no idea what he was walking into, but at the end of the day he’s so personable, he’s always smiling – that’s the kind of person we like to add to the team.”

The jewel box of a bar might be named for its sweeping views – the word ‘overstory’ refers to the top layer of foliage in a forest, the highest layer that seems to touch the sky – but thanks to the humble hospitality of its team, it is one of the most grounded programmes around. “At the end of the day what we are doing feels very natural to us, and it feels really good to be recognised for that,” Ginsberg says.

Delve into Overstory by watching the video:

North America’s 50 Best Bars will be revealed at an event in New York City on 7th June. The ceremony will be livestreamed on 50 Best Bars TV YouTube channel and 50 Best Bars Facebook page. Follow now to be the first to know the details of the event and receive a reminder of its screening.