Having recently picked up his award for The World’s Best Pastry Chef 2017 in Melbourne, the newly anointed prince of patisserie tells us about his LA plans, how he upset his mentor and his relationship with the Cronut.

Let’s get the award out of the way – how did it feel to learn you had been voted The World’s Best Pastry Chef 2017?

I couldn’t believe it – my heart was beating very fast and I had the shivers! You always strive to be the best at what you do; that is the goal I set myself when I started over 20 years ago. When you get this acknowledgement, what more can you hope for? But there is no retirement for me, cooking is my life.

So what’s next for Dominique Ansel?

We just opened a second Bakery in Tokyo. When we opened our first store in Japan [in 2015] the majority of the menu came from New York, but now 80% of the offer is unique to Japan. We never copy and paste; we adapt to each location and each culture. Next up is Los Angeles, where we will be opening a full-service sit-down restaurant with a brand new menu later this year, alongside a Dominique Ansel Bakery. It’s a chance to do something very new. I trained as a chef and I aim to be as creative at this restaurant as I am with pastry.

You worked at Restaurant Daniel in NYC for over five years. How great an influence has Daniel Boulud been?

We have almost a father-son relationship. When he brought me to New York [from Paris] I wasn’t sure I could do fine dining; it was very different from the bakery world. It took me a while to find my style, but after two years there, we earned a third Michelin star. I loved working with him, but when I left in 2011, Daniel was not happy! It took a little time, but since then he has been incredibly supportive. My years there were very influential in the sense that I have brought many elements of the restaurant world into pastry. 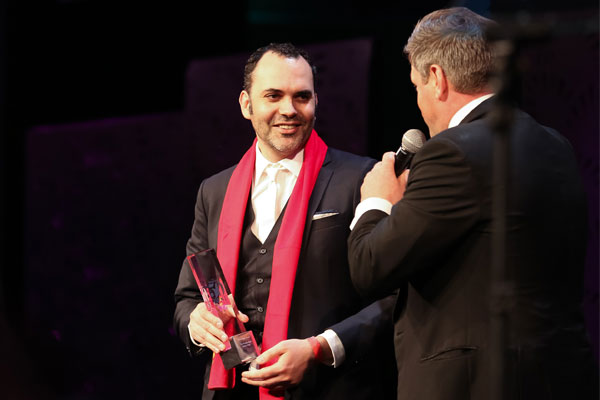 Dominique Ansel collects his award on stage in Melbourne, with presenter Mark Durden-Smith


What made you branch out on your own?

I come from a very humble background, so owning my own business means a lot to me. It was also about expressing myself fully. People told me a French bakery would not work in New York, that many had tried and failed. But I was very stubborn and used my savings to open a small site on Spring Street. We worked up to 20 hours a day, with just four of us, but we were successful from early on.

Were you always attracted to the pastry side of the business?

I started washing dishes when I was 16, and then doing food prep while training to be a chef. I always loved the scaling, the measuring and the precision of pastry. Home bakers need to remember to measure things properly – it’s a science. However, they should also recall that the first thing they did in the kitchen as a kid was probably baking something sweet with their mum or grandma, so they should not be afraid of it.

You will forever be known as the creator of the Cronut. Does that bother you?

It’s a beautiful product, but it's not everything. I always say that I don’t want our creation to kill our creativity. It’s constantly evolving: we change the flavour every month, the flour changes so we keep tweaking. Also, hunger was something I suffered when I was younger, so I decided to help the hungry in New York. In the first year, we raised over $100,000 by auctioning off Cronuts at events and we continue to raise money through it, so it has been a blessing. However, we have a wide menu that changes every six to eight weeks, and that has always been one of our biggest assets. 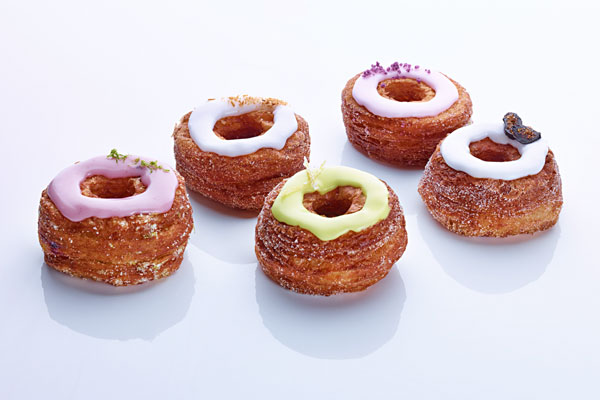 
What are your favourite creations?

The Frozen S’more is a favourite. I had no idea what a S’more was before coming to the US. It is my take on an American classic: vanilla ice cream wrapped in salted chocolate encased in honey marshmallow, served on a smoked Applewood stick and torched to order. It was launched in 2013, but we still sell between 800 and 1,000 a day. Then there is the cookie shot, my lemon yuzu tart made to order at Dominique Ansel Kitchen, and Christmas Morning Cereal, which has proved very popular. My ultimate go-to is the DKA [Dominique’s Kouign Amman].

Where do you love to eat?

In New York: at Daniel, of course; a small Italian place near the Bakery called I Sodi; Daniel Rose has just opened Le Coucou in Tribeca, which is excellent; Cosme for their amazing meringue dessert. In Paris, I love Le Baratin, where they serve veal brain with lemon butter sauce – divine!