An American executive who set out to eat in every establishment on the extended World’s 50 Best Restaurants list has completed his mission with a long-awaited lunch at the revered Tokyo sushi bar.

As a young boy, Paul Grinberg hated fish, especially in sushi form. So it is something of an irony that for more than a year, Sushi Saito was the missing piece in his quest to eat at all of the restaurants on The World’s 50 Best Restaurants and extended 51-100 list from 2017.

Like many Japanese restaurants, Saito only accepts reservations from its regulars or their friends, and Grinberg had to find a way in. After exhausting all his connections, he managed four times to secure a seat, but each time something got in the way: the birth of his grandson, the death of his mother and even a super-typhoon. In the meantime, the 2018 list was revealed, but the retired Californian was determined to check everything off the 2017 edition first.

When he finally bagged his most recent reservation, Grinberg wasn’t going to let anything get in its way. He arranged to be in Tokyo several days before the lunch booking, so that no flight cancellation, airline strike or delay could disrupt him. But two days before the meal, he found out that his seat had been booked in a separate room at the restaurant, away from the sushi counter. Panicked, he asked one of his local connections to investigate, and ended up with a counter seat. 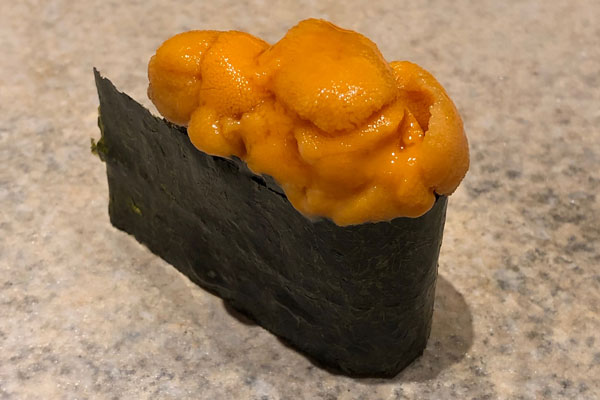 “I had gotten in many times and something messed it up so many times,” says Grinberg. “I was wondering, I’m on the 50th floor of the Ritz Carlton and, knowing my luck, the lift is going to break on my way down so I miss this lunch. But I figured if I take the stairs, I’ll twist my ankle on the way down and that’s the way I won’t make it. So I walked slowly and looked both directions when I crossed the street. I was anticipating all the things that could go wrong.”

He made it to the restaurant – and says it was “in a different league” to Sukiyabashi Jiro, the counter restaurant made world-famous by the 2011 documentary Jiro Dreams of Sushi. Grinberg, who keeps an extensive spreadsheet of his dining adventures, has eaten at more than 557 restaurants in the last few years. He says he has spent seven years of his life in Marriott hotels and, until his retirement in December, travelled up to 400,000 miles per year. So he knows a thing or two about dining.

“Sushi Saito was phenomenal,” he says. “It was fantastic sushi and really contrasting to Jiro. At Jiro, everyone is sitting at the counter, it’s very quiet and no one says anything and the chefs are stoic and it’s sort of rapid-fire sushi. You’re in and out of there in 20 minutes. It’s not a great experience. You can’t take photos, you can’t wear jeans, there are all these rules. And Saito… first, the guy is a hoot. He was engaging with the customers, he was laughing, a really deep hearty laugh, the whole time he’s talking.” 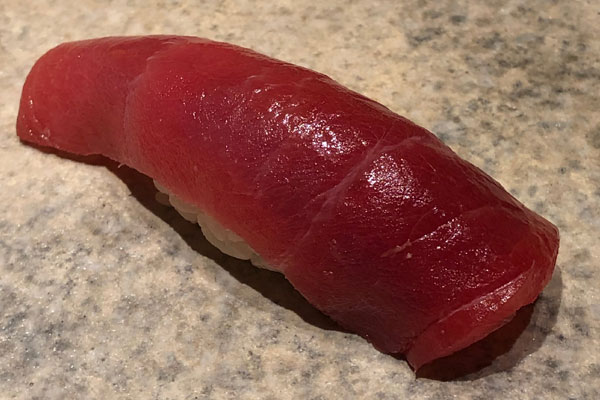 Thankfully, Grinberg’s distaste for sushi is long-gone (he started to like it around the age of 40), and he says the fatty toro tuna and uni or sea urchin were his favourites. But it seems the meal was more about the experience than the food, and when the customers sitting next to him were able to translate his story into Japanese for the chef, he quickly became the talk of the entire counter.

“I told them about my story and they explained it to Saito,” he says. “Within five minutes, every 10th word out of all the guests’ mouths was “Paul-san.” So everyone was having conversations about me and I didn’t know what they were talking about but Saito and the other chefs and all the other guests were all saying “Paul-san” this and “Paul-san” that. I don’t know what they were talking about but it was fun.”

Grinberg says Chef Saito was happy to pose for a photo with a sign confirming the completion of his mission – the businessman, who still serves on the board of a bank, has many similar photos with cooks from all around the world. “Saito-san was truly happy for me that the 100th happened at his restaurant.” 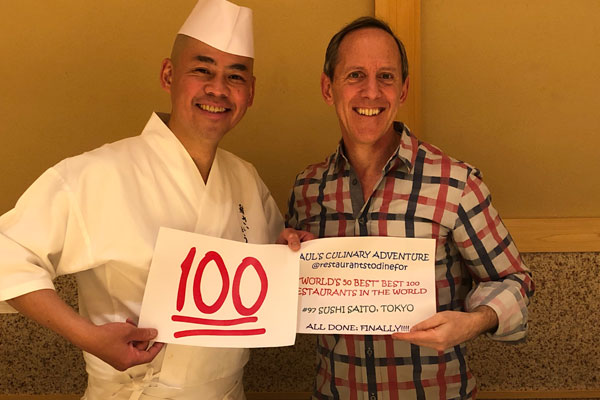 So what’s next for Grinberg? Well, there is the small matter of finishing the restaurants on the 2018 list, which was published last June. But he only has two to go, and the task is considerably easier, given that the remaining restaurants are just a few hours from his home in Orinda, California. He will complete the list with visits to Alo in Toronto and finally Le Coucou in New York in May.

“Le Coucou are actually very excited,” he says. “I called up to make a reservation in New York and they said they didn’t take reservations for that time. I told them the story and that this would be the 100th. Then they came back and said ‘we’ll make a reservation – we’re really excited to see you!’”

His completion of the 2017 and 2018 lists will come just in time for the big reveal of the 2019 edition. Grinberg is also 108 restaurants into an attempt to eat at all 128 three-Michelin-starred restaurants in the world, and jokes that the latest 50 Best list will only present a challenge if it means travelling to the Congo.

It would be easy to think that a retired 57-year-old would want to rein in the global travel and spending on the most expensive restaurants in the world, but for Grinberg, it seems it is quite the opposite. When he secured the reservation at Saito, he planned a three-week eating-only solo trip around it, taking in 35 meals in 18 days over five cities from Tokyo to Macao. When he is not eating, he is exercising in the hotel gym “every couple of hours” or walking back and forth from restaurants, covering up to 12 miles per day to offset the 3,000-calorie-plus tasting menus.

While he notes everything from rankings to booking dates in his colour-coded spreadsheet, one thing he does not keep track of is the money. Given that he took his entire family on a dining tour of Osteria Francescana, Da Vittorio and Le Calandre, he often multiplies the $300-plus cost of a tasting menu before wine, so his spending has likely run into hundreds of thousands. But far from cutting down, he is looking to secure a position on the board of a European company to give him an excuse for more dining-focused travel.

“I don’t buy expensive cars and I don’t even know what a round of golf costs,” he says. “But it’s probably a lot of money, so I spend it on the food. I’m keeping track of the experiences and the taste of the food and the memories, not the money.”

The World’s 50 Best Restaurants 2019 will be announced on Tuesday 26th June. For the first time, previous No.1s have been elevated to a new ‘Best of the Best’ category which means the restaurants are no longer eligible in the annual ranking, and the voting Academy is composed of 50% men and 50% women.

Watch the highlights from the 2018 awards in Bilbao: