Ahead of the sixth edition of Latin America’s 50 Best Restaurants, we speak to Roberta Sudbrack, the 2015 winner of the Latin America’s Best Female Chef Award, about her latest restaurant opening, Sud – o Pássaro Verde, in Rio de Janeiro.

Roberta Sudbrack has been looking for a more casual way of cooking and serving for some time now. Even while running her award-winning eponymous fine dining restaurant from 2005 to 2017, she always had an eye for casual dining, and launched a travelling hotdog stand called Sud Dog in 2016 in homage to her beginnings pushing a hotdog cart. Almost two years after closing Roberta Sudbrack, she has opened Sud – o Pássaro Verde Café (Sud – the Green Bird Café), serving the high-quality food for which she is known, in a more laidback setting.

The new restaurant in Rio’s Jardim Botânico neighbourhood takes no reservations, has only 12 tables, and no wine list. It focuses on uncomplicated food and eschews the tasting menu format that the chef had adopted at Roberta Sudbrack, which was a regular in the Latin America’s 50 Best Restaurants list and won a Michelin star when the guide launched in Brazil in 2015.

When she decided to close Roberta Sudbrack at the beginning of 2017, the chef said on her social media channels: “I no longer believe in form; I believe in content.” Now, with her new project already proving a success since opening in July, she says she’s in search of freedom, “not only for me but also for my guests”. We talk to her about what this really means and how she is embracing a new gastronomic approach in the so-called Marvellous City. 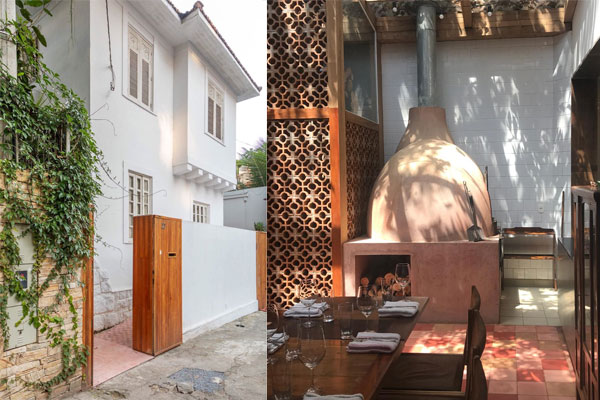 Why did you decide to embrace Sud with a more casual approach?

I’m at a different time in my personal and professional life and I was looking for more freedom. Sud is only different in form, which brings me more freedom in my  work. The content, the quality, the work close to the small producers, and the search for the best ingredients, all remain the same. What’s changing, because it bothered me, is the form, not the content. My motto now is: freedom above all. This guides all other points of my business too.

What has changed in your cuisine?

My research still focuses on Brazilian ingredients, my connection with small farmers and their produce, with organic production and craftsmanship. These are the things I’m known for. This is the work I did for 13 years at Roberta Sudbrack and in the kitchen of the Alvorada Palace for seven years during the office of President Fernando Henrique Cardoso [Sudbrack worked as executive chef at the presidential palace]. I don’t have anything against fine dining; it has been my comfort zone for many years. But I think it is stuck nowadays. It is time to break some moorings, to have the courage to abandon some dogmas.

How would you define your work at Sud?

I’m doing high-quality cuisine in a much more informal setting. I have a phrase that is repeated today by my colleagues, which makes me very happy: “My mise en place does not start in the kitchen, it starts in the producer's yard”. Nothing about the food has changed. And that's the big thing! We are doing the same with the highest quality, with the same technical skills, but with a much looser, lighter vibe. 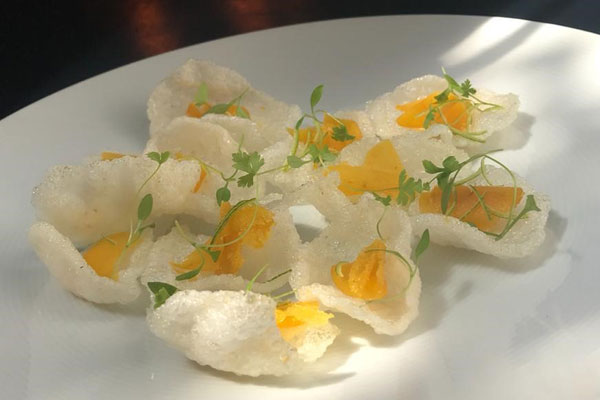 What food do you serve?

The idea of Sud is that anything is possible. For example, from my signature dish, the okra caviar, which is a super complex dish to prepare, to a fried egg in a wood-fired oven [built in the center of the kitchen] with high-quality Brazilian bottarga sprinkled on top. Or a fresh burrata, some handmade sausage... This is the freedom I'm talking about. We produce everything we serve. We change the menu frequently following the seasons and we make the dishes we want to make.

How is it possible to serve high-quality food in a more informal setting?

We simplified everything. We have reduced the staff and we no longer have a proper wine list – only a small list that changes frequently according to the best offers, mostly from small wineries. We no longer have wine service either – the waiter opens the bottle and leaves it at your table, so you pour yourself. We have a much smaller team to be able to work with more affordable prices and maintain the same quality. In my former restaurant, I had 35 employees to serve 40 people per night. It doesn’t match the current climate anymore, it’s not profitable. Today I have 10 people working at my restaurant, and everyone does the work of everyone. It is more cooperative, more connected with the world we live in today. It still provides more access to my food because we can keep prices at a more reasonable range.