Images: Oliveira outside Mocotó and his trademark tapioca cubes

Brazilian chef Rodrigo Oliveira, who triumphed at Latin America’s 50 Best Restaurants 2017 with not one but two restaurants on the list, will bring his casual São Paulo soul food to California.

50 Best is often associated with fine dining, but there are a number of restaurants on the lists that prove casual fare can often trump a tasting menu. One chef whose hearty cooking and laidback restaurants have always ranked highly is paulista Rodrigo Oliveira, whose São Paulo eateries, Mocotó and Esquina Mocotó, were voted No.27 and No.41 respectively in the most recent edition of Latin America’s 50 Best Restaurants.

Now Oliveira plans to bring his famous caipirinha cocktails and dadinhos de tapioca – cheese cubes made from Brazilian tapioca flour – to Los Angeles, where he will open a casual bar and restaurant concept in West Hollywood. Oliveira is working on the new venture with restaurant group Sprout and hotel company Relevant, and plans to add a hint of California to his modern Brazilian cuisine. No date is set for the opening but Oliveira expects to have more news after a visit to Los Angeles in the next couple of months.

50 Best and partner Aspire Lifestyles caught up with Oliveira ahead of his trip to LA to hear about restaurant recommendations for his hometown, his best food memories and dream dinner guests.

What do you want the world to know about your country’s cuisine?

Brazilian cuisine is diverse, festive, colourful, healthy and delicious. I would love to show the world that we are more than just beautiful beaches and Carnaval. We are creating a new Brazilian cuisine and now is the moment to discover and present new products, techniques and even a new language. Brazilian chefs nowadays are focused on excellence and innovation. They are reconnecting with tradition and facing new challenges in that area. My feeling is that it’s a process we’re only just beginning.

When friends come to town, where do you take them?

There are a few places close to Mocotó that I love, so whenever I get the opportunity, I take people to the following:

Bar do Luiz Fernandes – the best bar snacks and beers in the city, this place is considered an institution and it is closely run by the Fernandes family.

Sushi Hiroshi – Julio Hiroshi is a great chef who makes the classics of Japanese cuisine as well as some of his own creations in an informal setting that’s full of personality.

Casa Garabed – Armenian food run by the same family for more than 60 years, in a converted garage. You must try the esfihas (or sfihas, a pie-like dish originating from the Levant) and pastirma.

To see the city from a different perspective, I recommend the Cantareira State Park. Apart from the contact with nature, you also get an impressive view of São Paulo.

What is your most memorable food destination and why?

Los Angeles. It was a recent discovery and a surprise because I found an extraordinary quality of restaurants there. I’m still really impressed and every time I go, I discover something incredible. The street food is excellent and could be something from a restaurant. There are also places like Republique that serve chef-led food full of soul and roots. Aside from the restaurants, there are markets and quality products, making it a really attractive and fun place for chefs. 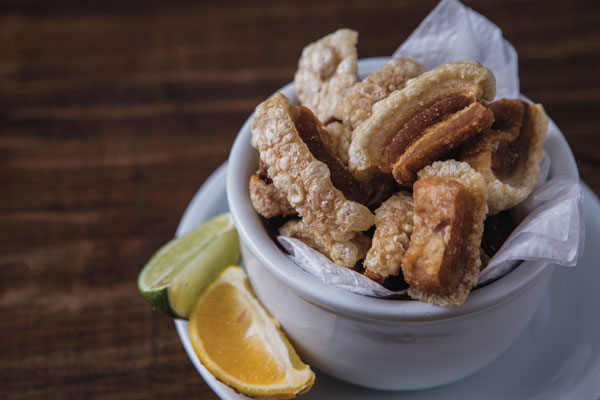 You can take five chefs to dinner at any restaurant in the world. Which chefs do you bring along with you and where do you take them?

It would have to be Pedro Miguel Schiaffino, Alex Atala, Alice Waters, Julien Mercier and Gabrielle Hamilton of Prune. They are all incredible in their professions and excellent company. I would take them to a restaurant in Brazil, my homeland, and it would be Tordesilhas. It has the best feijoada (a Brazilian meat stew) in the country and some great cachaças – Brazil at its best.

You have made the astonishing achievement of two restaurants on the Latin America’s 50 Best Restaurants list. Your father must be proud that you are continuing his legacy.

It was a big surprise to have two restaurants on the list. Mocotó, being more traditional and typical, has always attracted more attention in terms of the list. To our surprise, the Brazilianness of Esquina Mocotó was also noted and the two places were honoured with a place on the list. Mocotó even went up one place. We’re very happy.

What are your favourite aspects of each restaurant?

What I love about both restaurants is the inclusiveness, the fact that good food in a good and welcoming environment can be for everyone, it doesn’t need to be exclusive. Mocotó is my home, the history of my family and our land and it has overcome a lot of prejudice and barriers. We serve a type of food that for a long time was looked down on. Esquina is the result of its surroundings, with more freedom of expression, a cuisine of São Paulo. They are two different expressions of Brazilianness.

Has your placement on the Latin America’s 50 Best Restaurants list changed your life?

Beyond the placement on the list and all the press that comes with that achievement, what has touched us profoundly is the connection with the rest of Latin America. For a long time, Brazil saw itself as a little detached from the Latin world and this list has helped us connect with great chefs and kitchens that for a long time were not a reference for our work in Brazil. Today we can see and we can prove that we have more in common than we have differences, despite the language barrier. Today, we recognise ourselves as Latinos and this award is a great bonus.

Read the interviews with Renzo Garibaldi of Osso, Tomás Kalika of Mishiguene and Leo Lanussol and Augusto Mayer of Proper on the website of Aspire Lifestyles, Official Concierge Partner to Latin America's 50 Best Restaurants.