After being crowned No.1 at the 10th annual edition of The World’s 50 Best Bars, Dandelyan at the Mondrian London hotel is set to evolve into a fresh concept. We spoke to founder Ryan Chetiyawardana before and after the awards about the life of Dandelyan and plans for the future.

Just two days before the announcement of The World’s 50 Best Bars 2018, the sister list of The World’s 50 Best Restaurants, Ryan Chetiyawardana announced in an Instagram post that his four-year-old bar, Dandelyan, would make way for a new project in 2019. When it was then revealed that Dandelyan had been voted by Chetiyawardana’s peers World’s Best Bar, sponsored by Perrier, in the annual ranking, he said it felt like the perfect time to move on.

“To go out on a high like this [feels great],” said Chetiyawardana in his acceptance speech after Dandelyan was announced as the No.1, trading places with last year’s top spot, American Bar at The Savoy. The details of what Dandelyan does next are still under wraps, but Chetiyawardana says he and co-founder Iain Griffiths have been working on the project for months and will reopen the bar inside London’s iconic Sea Containers building at some point next year. The space will close temporarily while it undergoes a “full transformation” that extends to the design and décor as well as the cocktail list, but the essence of Dandelyan will very much be a part of the new bar.

“It’s a beautiful room,” says former chef Chetiyawardana. “This is an evolution of the ideas we had at Dandelyan. I used the term ‘burn it to the ground’ but it’s more metaphorical than literal. There are a lot of things that we want to make sure hark to Dandelyan but this is going to be a new project and there are a lot of things that are required to make that come to life. It would be really disrespectful to Dandelyan and everything that we and the team have done if we didn’t create something that was as memorable as that.” 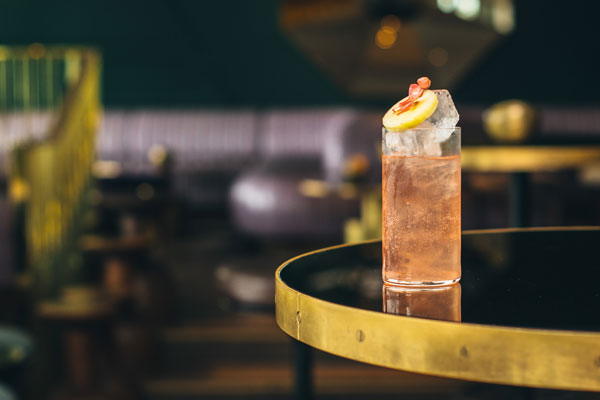 A Goose and Gander cocktail at Dandelyan

The team – which includes head bartender Alex Lawrence – is extremely important to Chetiyawardana, and he is clear that they will all be part of the new project. “We opened with 12 people and now we have 32, which is amazing,” he says. “We worked really hard to put in systems and procedure that meant all those people could work towards a common goal. Every day I go in there and I’m impressed by what’s happening and we just want to be able to continue that. That is, to me, the proudest thing about Dandelyan: it’s not the specific drinks, it’s not the style of menu, it’s what we do as a collective.”

For now, the newly crowned World’s Best Bar team wants to focus on its final menu, to be revealed later this month, which will be its “swansong”. The current menu, The Modern Life of Plants, was launched on the idea that foraging and seasonality, while very noble causes, are not, in Chetiyawardana’s opinion, sustainable. Instead, the botany-focused menu is intended to have a realistic vision of what the future of farming might be.

“Foraging is never going to feed the world and actually, it’s quite a dangerous thing to become a highly popular or a highly used technique,” says Chetiyawardana. “So we wanted to show that there is this other world that does explore agriculture and balances all the things that we value: it has to be delicious, it has to be authentic and it also has to do good in the world.” 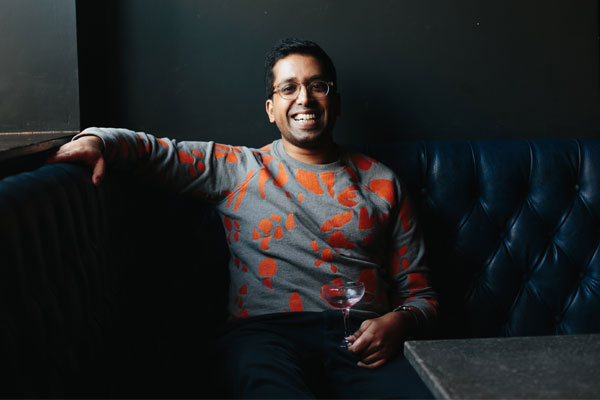 The Modern Life of Plants features drinks such as Nitrate Manhattan (tequila, whisky, rhubarb saison, lanolin, bitter and sweet herbs) and is inspired by the independence between crops and livestock in some farming systems. Meanwhile, Brundall (Bacardi, bramble, apple, mint and ground ivy) is a reference to Mr Colman of Colman’s mustard, which utilises an obscure variety of British mint called Black Mitchum. Dandelyan’s previous menus have included The Vices of Botany, which looked at “the shadier side of the plant world”.

Chetiyawardana, known as Mr Lyan, is no stranger to a clean slate. His first Lyan-brand bar, White Lyan in London, which was the first in the world to feature no perishables, closed in April 2017 to make way for Super Lyan, followed by sustainably driven restaurant Cub later that year. Dandelyan opened in 2014 and is now the oldest in the Lyan portfolio. He won’t reveal the name of the new concept, but says it’s almost a given that there’ll be a ‘Lyan’ in its name.

“There’s so much that we’ve seen change in the four years that Dandelyan has been open,” says Chetiyawardana. “The industry is progressing at such an incredible pace at the moment, and this is really about an embrace. London is such an exciting place, and we have such an amazing team, an amazing space. There are so many different ideas that we want to explore.”

With additional reporting by Giulia Sgarbi.

Header: Ryan Chetiyawardana and team celebrate at their No.1 position at the 10th annual World's 50 Best Bars awards.

Take a tour of Dandelyan: