To mark 50 Best’s first major event in France, we challenged a group of forward-thinking chefs to create dishes that represent Parisian gastronomy in 2019. Never before has the capital been so ready to embrace international influence – and these chefs exemplify that spirit

Gastronomic culture in Paris is changing. The city that once represented a bastion of tradition and heritage – where chefs were constrained by rules and techniques passed down through generations – is now looking beyond its walls for inspiration. Global culinary influence now proliferates, with international chefs from the East and West bringing new ideas to breathe life into a culinary scene that is currently one of the most exciting on the planet.

When #50BestTalks: Beyond Frontiers, presented by Miele, lands in the French capital on 16th September, chefs will be ready for dialogue. The theme for the day is Beyond Frontiers, where the panellists and speakers will be talking about how food is becoming an increasingly international language as cooks are borrowing, adapting and trialling global processes more than ever before.

In Paris, there’s no better home for this discussion. While the fulcrum of fine dining has always been at the zenith of gastronomy, commentators have argued that as the rest of the world has moved forward in recent years, France has been a little slow to adapt. This is no longer the case. The last few years have seen myriad openings from native and international chefs that toy with interpretations of the traditional and innovative, producing exciting restaurants that are pushing boundaries and winning accolades in the process.

After the #50BestTalks discussion concludes, we will be looking to define Paris on a plate in 2019. We have asked a diverse range of chefs behind some of Paris's hottest restaurants to create dishes which help define French food for them. Here's who they are and what they bring to the table. 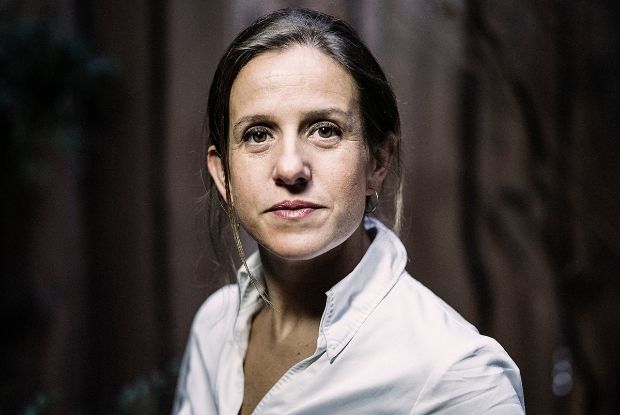 East meets West in Adeline Grattard’s cooking style as she melds a regional Chinese approach to food with her own classical French training. Since marrying her business partner Chi Wah Chan, she spent two years living in his home city of Hong Kong where she formed the building blocks for the menu at Yam’Tcha, the restaurant the duo opened in 2009. Adopting a truly innovative approach, none of her recipes are written down; the menu is curated based on the ingredients Grattard sournces that day. She explains her philosophy in the episode of Chef’s Table focussed on her restaurant: “Yam’Tcha is a cuisine driven by love and emotion… If the staff gets fixated on the recipes, it freezes things. We never weigh the sauces. We always make them instinctively. It changes all the time.” 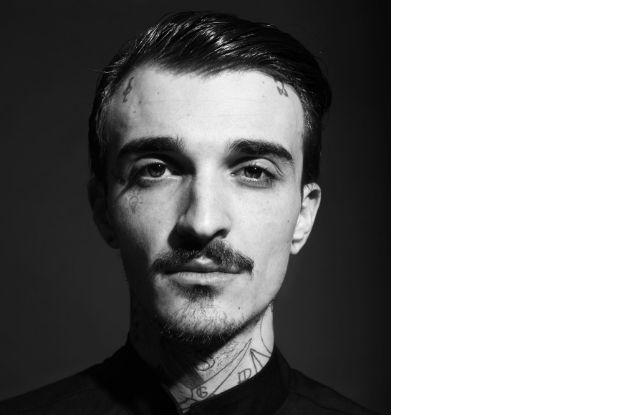 A smattering of facial tattoos, a GQ Chef of the Year award to his name and a Michelin star just nine months after opening: Guillaume Sanchez is France’s rock-star chef du jour. He opened his first restaurant, Nomos, aged just 24 and his second, NE/SO (North East / South West), in spring last year. He’s picking up the plaudits thanks to his irreverent approach to traditional techniques, toying with diners’ expectation of the norm. He employs distillation, fermentation, centrifuge and dehydration to create vegetable-forward dishes that incorporate ingredients from all over the globe. 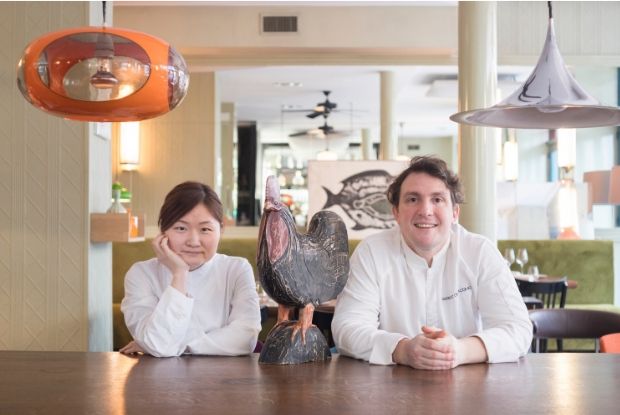 With one foot in Japan and one in Argentina, this pair perfectly embody the multicultural forces at play in Paris today. They met while working at Mirazur, The World’s Best Restaurant 2019, sponsored by S.Pellegrino & Acqua Panna, which is set in Menton on the south coast of France. Both are acolytes of its chef-partron Mauro Colagreco’s style, who teaches pared-back accuracy and simple presentation. They eschew artifice in favour of flavour, allowing simple ingredients and delicate combinations to take centre stage at their standout Parisian restaurant, Virtus. 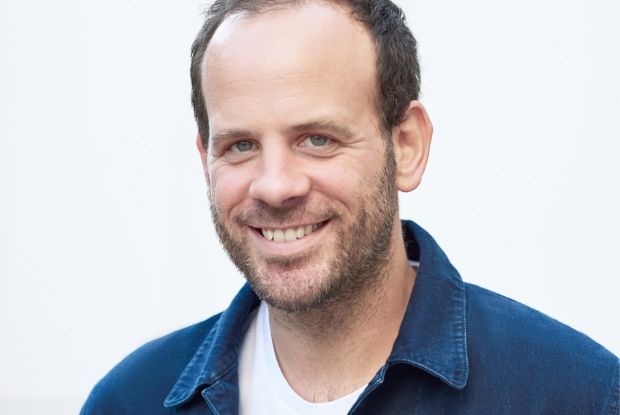 Gregory Marchand brings a wealth of international learning to his Parisian restaurants Frenchie and Frenchie To Go, and his London outpost of the same name. Since completing his formal training in Brittany, he has barely stood still, clocking up time in London, New York, Spain and Hong Kong. His menus draw on the influences from his journey and are best described as a French and British fusion, with hints of Americana. His menu at #50BestTalks mixes ingredients from both sides of the Channel in the simplistic, produce-led style that helped make his name. 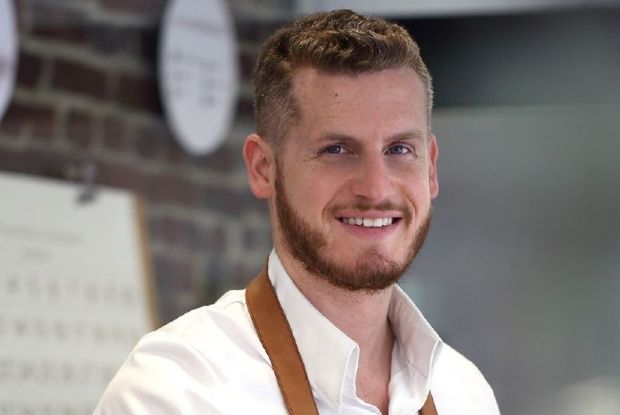 Pastry prodigy Yann Couvreur brings a spirit of freedom to dessert. He has developed his own personal logo – a fox – which you’ll see applied to nearly all of his sweet creations. “The fox runs wild and free, like me,” Couvreur explains, linking it back to his nomadic approach to cooking. Since learning his craft at the apron strings of Parisian legend Jean-François Foucher, his first solo dessert menu came at Eden Rock hotel on the Caribbean island of St Barts. Arguably his formative role, however, was running the pastry section for Stephanie Le Quellec and her restaurant La Scène restaurant in Hotel Prince de Galles. His cooking follows the modern trend for using less sugar, an insistence on seasonal fruit and modish plating that uses complementary colours with an air of relaxed precision. 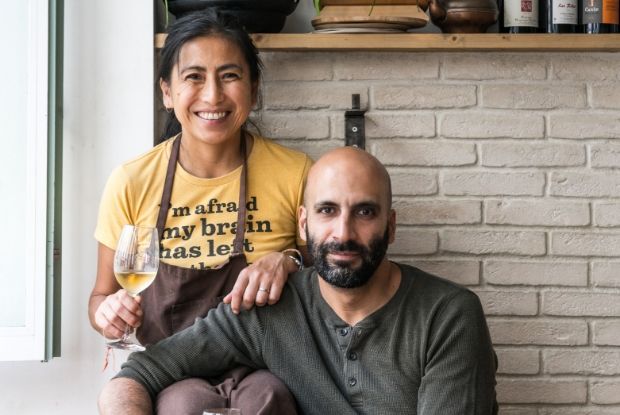 Thought cookies were simple? Think again. Moko Hirayama elevates biscuits to art at Mokonuts, the Middle Eastern-leaning restaurant she runs with her partner, Omar Koreitem, out in the 11th arrondissement of Paris. The restaurant is a synthesis of her heritage: born in Japan, raised in the USA, with a lot of time spent travelling the Israel and the surrounding territories. Her desserts borrow from each region, with miso and Japanese pepper from Asia; tahini and sesame from the Middle East; and cranberry, milk chocolate and peanut butter from the US.

This edition of #50BestTalks: Beyond Frontiers, presented by Miele, will be taking place at the Musee du Quai Branly in Paris on 16th September. If you can't be there, the event will be being screened in full on Facebook Premiere on Thursday, 19th September, at 4pm BST. Set a reminder and tune in.