With just over three weeks to go until the announcement of Asia’s 50 Best Restaurants 2018 at Wynn Palace in Macao, we discover some of the Macanese dishes recommended by the local chefs from Wynn Resorts. 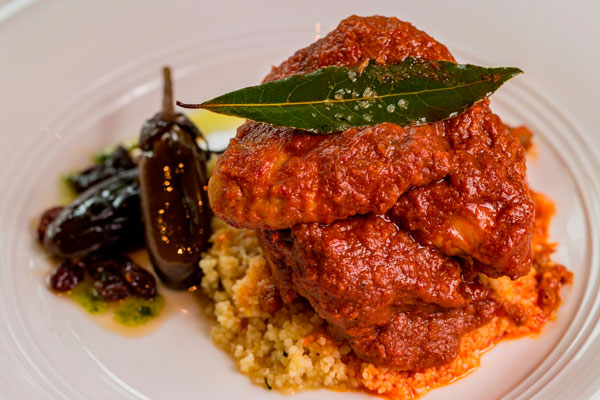 “African chicken is a Macanese dish cooked with coconut milk, peanuts, chilli and a special blend of spices. It is the most delicious among the Macanese dishes that I’ve tried. It’s rich in umami taste and the spice balance is perfect. I would recommend eating it with grilled bread dipped in the spicy sauce.

“You can find African chicken in almost every Macanese or Portuguese restaurant in Macao. Ingredients are also easy to find in local markets.” 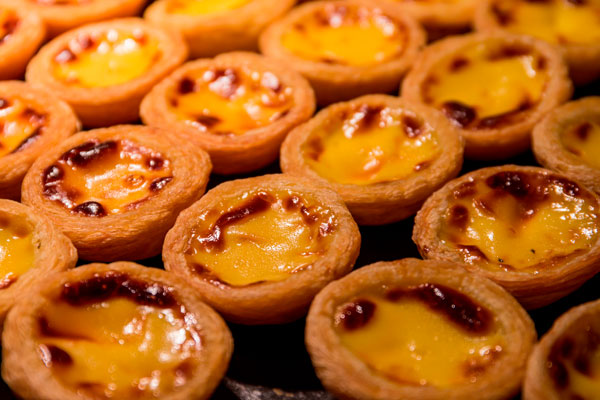 “It is a baked flaky butter pastry with egg custard. It’s not exactly the healthiest snack Macao has to offer, but for me, enjoying an egg tart with coffee in the morning on my cheat day from the gym is a perfect way to start the day. Best enjoyed al fresco at Lord Stow in Coloane.

“The Portuguese introduced this tart to Macao during their colonial rule over the region. I prefer this to any other egg tart found in Asia.” 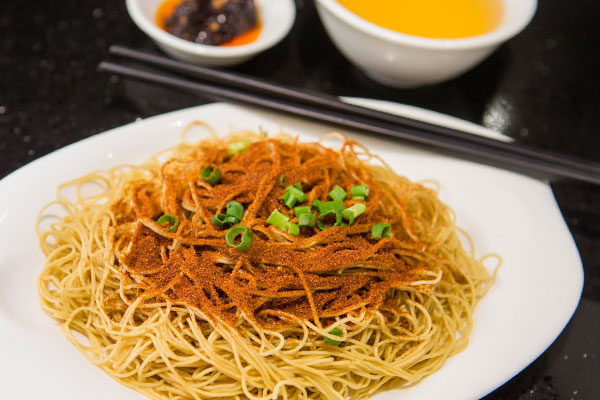 “Hand-made springy egg noodles are topped with shrimp roe and served with fresh shrimp dumplings. The savoury flavour of the shrimp roe goes well with the noodles cooked al dente.

“It is a classic Cantonese noodles dish that can be found everywhere in Macao. Usually the noodle shop will use shallot oil, dark soy sauce and shrimp paste as dressing for the noodles, then top them with shrimp roe and spring onions.” 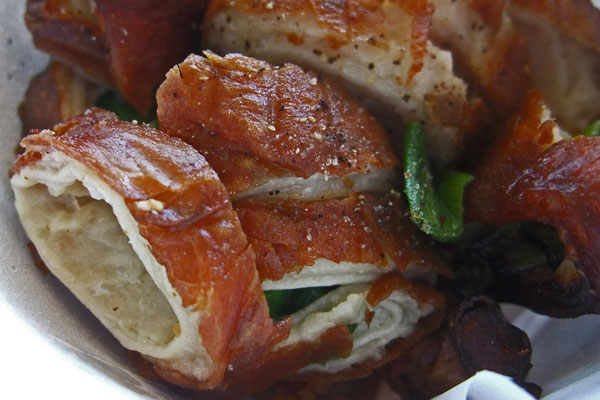 “You can get these dishes at any Dai Pai Dong (food stall). The duck tongue is lightly battered and deep fried, then tossed with salt, pepper and chilli. The crispy pork intestines are soft and silky on the inside, light and crispy on the outside. They work well with plum dipping sauce. The best thing about these two dishes is that they also go well with a cold Macao beer.

“The first time I had these dishes was when I took my cooks out for dinner. I had never had duck tongue and pork intestines prepared that way before and I fell in love with them instantly. If travellers to Macao want to eat what local young chefs eat, I’d recommend these two dishes.” 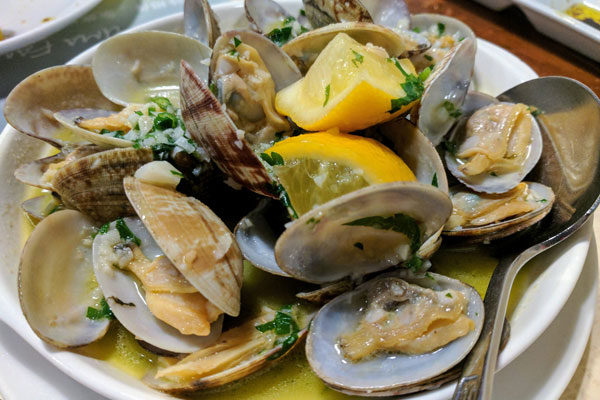 “Simply sauté a lot of clams with garlic, onion, lemon juice, black olives, white wine and Italian parsley. The clams are juicy and fresh and the taste balance is amazing with sweet, sour and garlicky notes. I think the sauce would also be matching for pasta linguine.

“It’s a classic Macanese dish that I like to have around Senado Square on my day off, when I’m enjoying the historical old town and having some nice Portuguese food.” 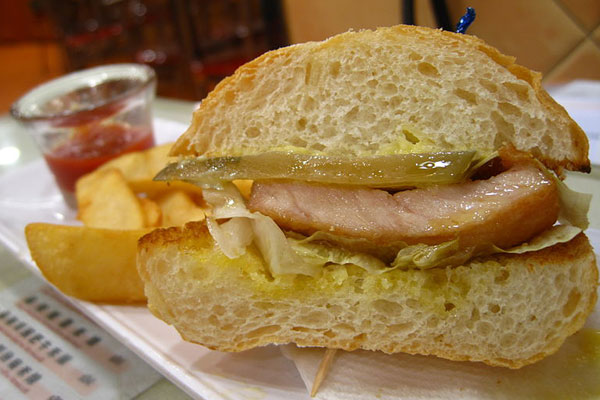 “It is one of the most well-known Macanese street snacks. Fried, seasoned, juicy pork chop with a tender texture and a slightly toasted crispy piggy bun – simple but satisfying. The pork chop bun is popular among the locals since the 60s. It’s easy to find in any Cha Chan Teng [literally translated from Chinese as ‘tea restaurant’].” 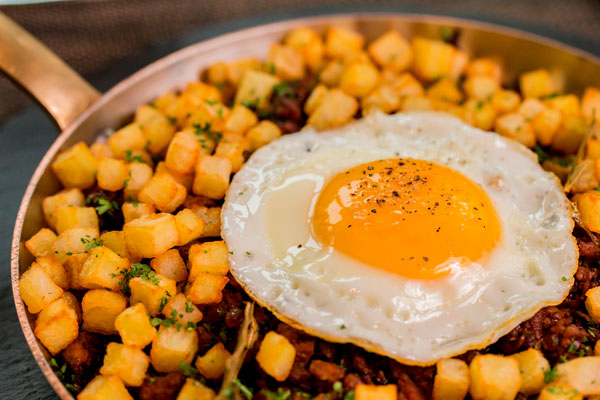 “Minchi is a Macanese dish made with ground beef or pork seasoned with soy sauce and molasses, often served with a fried egg on top. It’s considered Macao’s national dish. If I can’t decide what to eat in my lunch break, I always have a serving of minchi. It’s filling, it’s simple and it’s flavourful.”