Seven unmissable things to eat, drink and do in Saga Prefecture, Japan

Asia’s 50 Best Restaurants 2020, sponsored by S.Pellegrino & Acqua Panna, heads to Saga Prefecture on the southern Japanese island of Kyushu on 24th March. As an introduction to this undiscovered gastronomic destination, check out our guide to the products, dishes and unique experiences available in the region 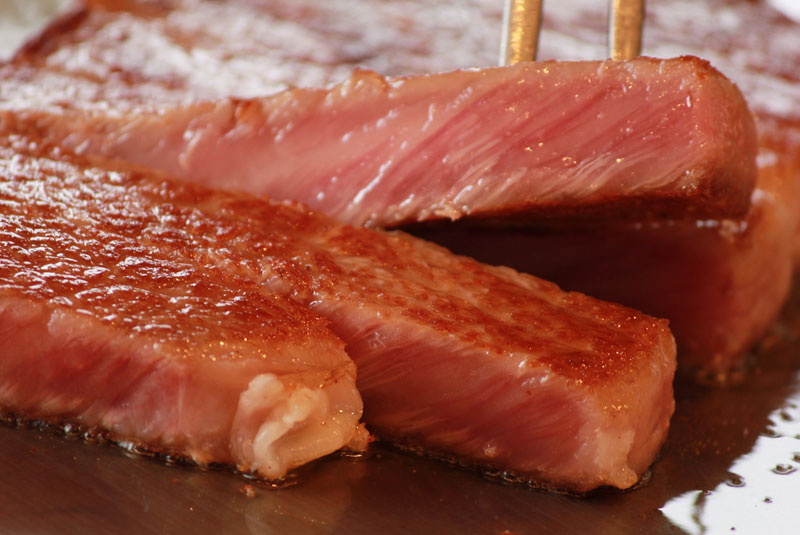 While almost any foodie worth their pink Himalayan rock salt has heard of wagyu, they may not have encountered the prime beef from Saga. The product here is, in fact, a higher classification of wagyu, as it comes from one of the four Japanese cattle breeds that qualify for the prestigious name – but to be called ‘Saga beef’, it has to satisfy exacting standards, even more so than wagyu from other prefectures. It can only come from black-haired Japanese cows reared in farms approved by the Prefecture’s agricultural association, and it must rank higher than seven out of 12 on the Beef Marbling Standard (BMS) index, while three is the minimum mark for wagyu. Sweet, rich and complex in taste, it is recognisable by its fine-grained marbling, which makes it great for steaks and shabu-shabu hotpots. Saga beef is served in many of the Prefecture’s restaurants – such as Kira Saga in the eponymous town – as well as in many venues around Japan. To learn more about Japanese beef, stay tuned to read our all-encompassing guide, coming soon. 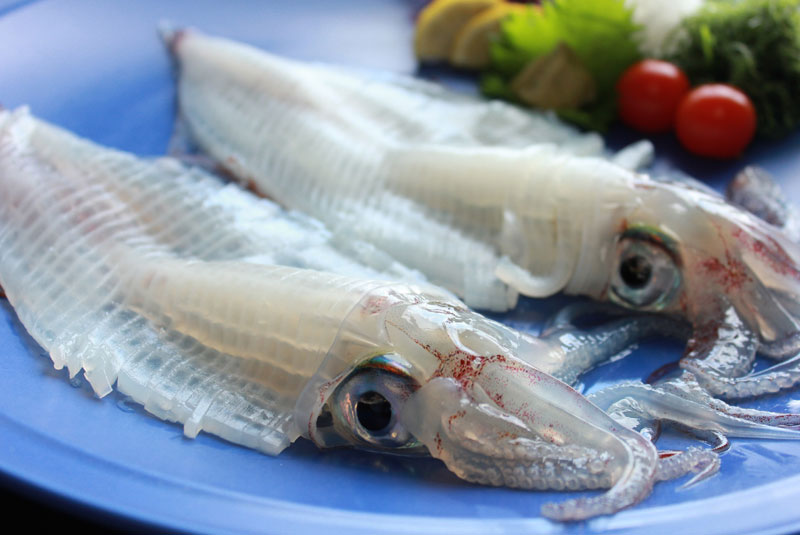 The third biggest morning market in Japan, this local gem in Karatsu city makes for a perfect gourmet stop when visiting Saga Prefecture. The fish market is open daily from 7am to 12pm, with lines of stalls from local fishermen displaying and selling their fresh catch – especially the famous transparent seafood known as Yobuko squid. Thanks to its freshness, Yobuko squid lends itself to be prepared ikizukuri-style, or as live sashimi: in this preparation, the flesh of still-moving seafood is served on the plate. Try Yobuko squid as sashimi or grilled, simmered or tempura at Genkai restaurant. Yobuko fish market offers many other delicacies, such as smoked mackerel and squid dumplings, and on weekends and national holidays, visitors can hire a small barbecue set to cook their purchases themselves. 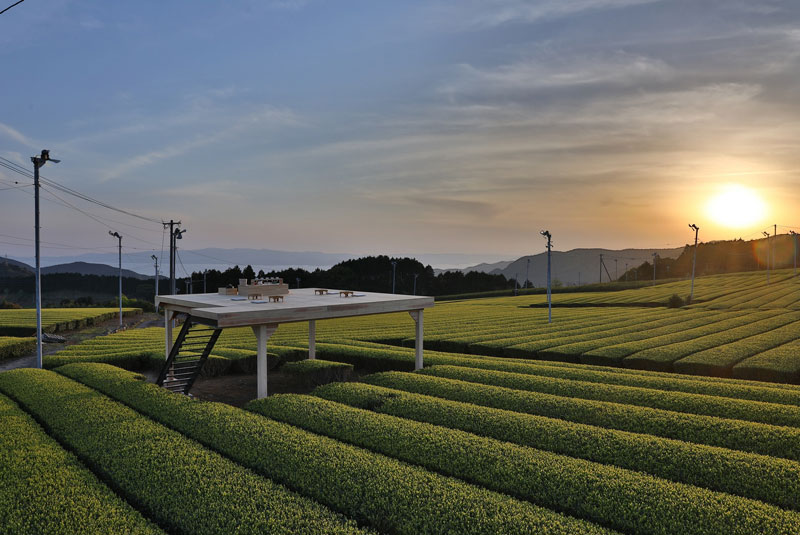 With a 300-year history of tea cultivation, the city of Ureshino and its surroundings are perfect for an immersion into the culture and traditions of Japanese green tea. Sprawling terraces of tea fields mantle the city, and some plantations – such as Ureshino Chadoki – offer visitors a chance to enjoy the freshly brewed tea at traditional ceremonies held on scenic platforms at the centre of the bucolic backdrop. You can also witness the traditional preparation of green tea at the ceremony houses in town, many of which were opened by local tea farmers. Ureshino green tea is also used in a variation of shabu-shabu hotpot called cha-shabu, where pork and vegetables are cooked in green tea rather than stock. 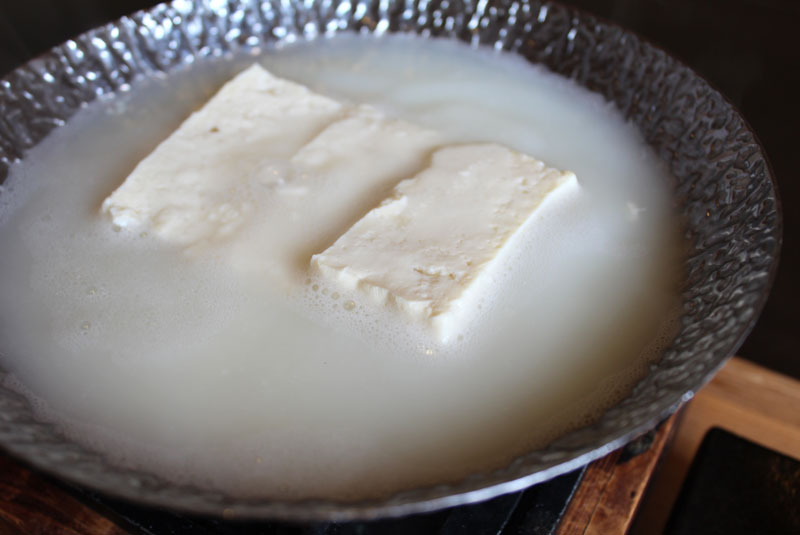 Ureshino has one more unique dish to offer, thanks to the presence of natural hot springs in and around the city. In the traditional preparation called onsen yudofu, tofu is boiled in the local hot spring water – it is said that the alkaline character of the water results in softer, smoother tofu. It is traditionally served in a ceramic bowl and can be cooked with other ingredients, such as fish cakes, shrimps and vegetables, and accompanied by ginger, onion and a rich sauce. The locals often enjoy yudofu for breakfast, and sets can be bought in local shops to make the dish at home – each includes a jar of spring water, tofu, seasoning and sauce.


5. Discover how the unique Saga sake is made 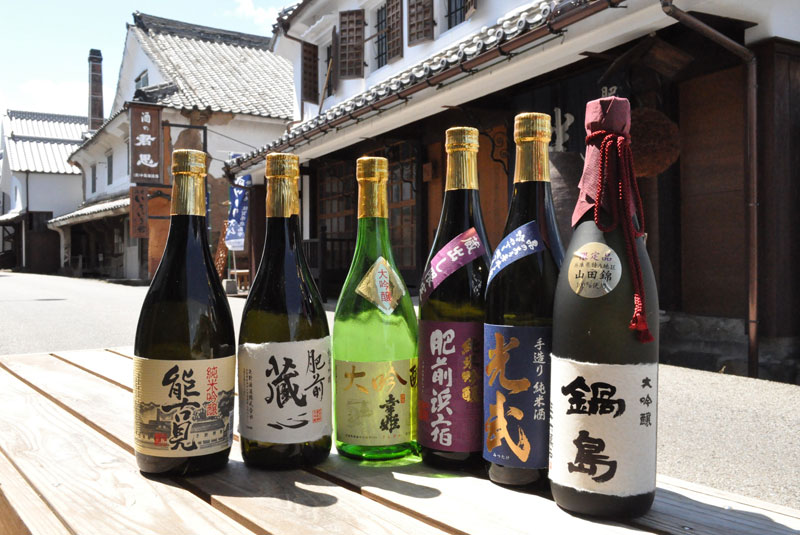 The quintessential Japanese drink, sake is an alcoholic beverage obtained from the fermentation of polished rice. How finely the rice is polished determines which grade of liquid is produced. In Saga, the sake brewery industry is particularly developed in the city of Kashima, where you can visit several breweries all concentrated in an area known as Sakagura Dori. Saga sake has won several international awards in recent years, and you can discover how it is made by visiting the breweries and tasting their nuanced creations. 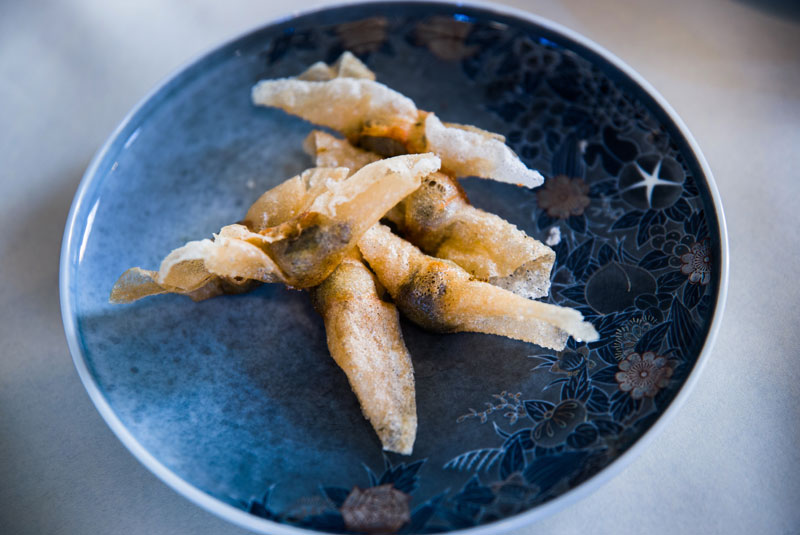 Ever since the discovery of porcelain clay near the city of Arita in the 16th century, the pottery industry has been blooming in Saga Prefecture. Now considered some of the finest porcelain in Japan and beyond, Arita and Amari ware – such as delicately decorated dishes and teapots – have been exported to Europe for over 350 years. To better understand the importance of this craft in the culinary world, look no further than Yasuna restaurant in Arita, where you can enjoy bento served in hand-finished, beautifully crafted boxes, small pots, bowls and much more.


7. Savour the produce of Ariake Sea 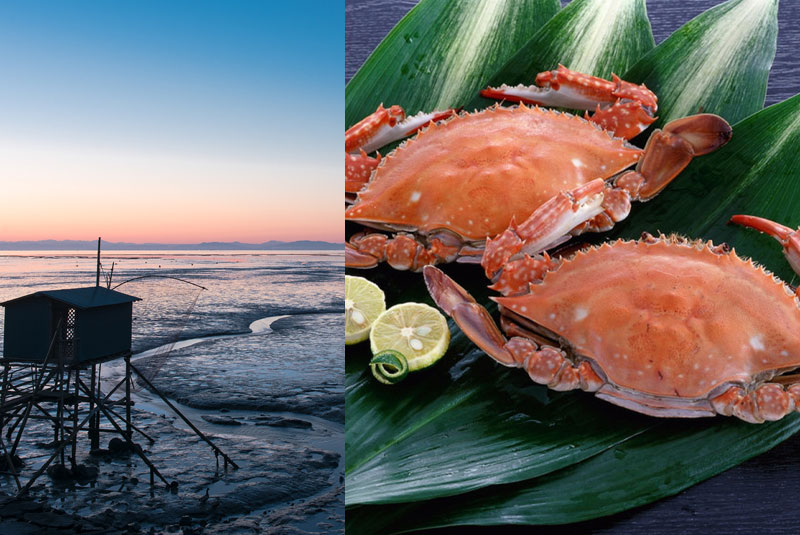 Saga Prefecture isn’t only the biggest producer of nori – the edible seaweed used, for instance, to wrap sushi – but it is also recognised for its high-quality oysters and crabs, all of which come from the fertile Ariake Sea. Saga nori can be bought and tasted all over the Prefecture – the highest quality seaweed is called ‘Ariake-kai Ichiban’ and sells for 1,500 yen (around $15) for five large sheets. Due to the low concentration of salt in Ariake Sea, the water is also perfect for oyster cultivation, while its indigenous blue swimmer crabs – known as Takezaki crab – are another delicacy. A great place to enjoy the fruit of the Ariake Sea is Kanigoten restaurant in the city of Tara, where you can order the crab boiled, cooked in fermented bean soup, with rice porridge or in many other traditional recipes.


The photos on this page are courtesy of Saga Prefecture.

The list of Asia’s 50 Best Restaurants 2020, sponsored by S.Pellegrino & Acqua Panna, will be revealed at the eight annual awards ceremony held in Takeo, Saga Prefecture, on Tuesday 24th March 2020.