Header images: "Why do I have to choose between a variety pack and a full English" and Heston Blumenthal (image: Alisa Connan)

Heston Blumenthal, winner of this year’s Diners Club Lifetime Achievement Award, is recognised for many different things – the 50 Best-topping restaurant The Fat Duck, his use of liquid nitrogen and creating a bacon sandwich to be eaten in space.

Here are seven ways the world-renowned British chef has changed the food world.

1. He pioneered the use of liquid nitrogen in the kitchen

Blumenthal was the first chef to see the culinary potential of liquid nitrogen, originally using it as a way to keep his green beans green. His best-known liquid nitrogen dish is the nitro-poached mousse palate cleanser but the chef also uses the substance – which boils at −195.79 °C – to make ice cream tableside at his Dinner by Heston Blumenthal restaurants in London and Melbourne. The culinary world’s very own Mr Freeze admits there aren’t many things he hasn’t doused in liquid nitrogen.

2. He was the first to explore multi-sensory cooking

Blumenthal’s discovery that what we hear, smell, see, and touch when we eat can have a profound effect on how little or how much we enjoy our dinner is simultaneously obvious and groundbreaking. He’s now using this notion to trigger happy memories for the people that are lucky enough to eat at The Fat Duck in Bray, southern England. The single dish that sums up the multi-sensory approach is Sound of the Sea. Seafood, kelp, seaweed and edible sand are plated to resemble the seashore and served alongside an iPod in a conch shell, which plays sounds of seagulls and the ocean waves. 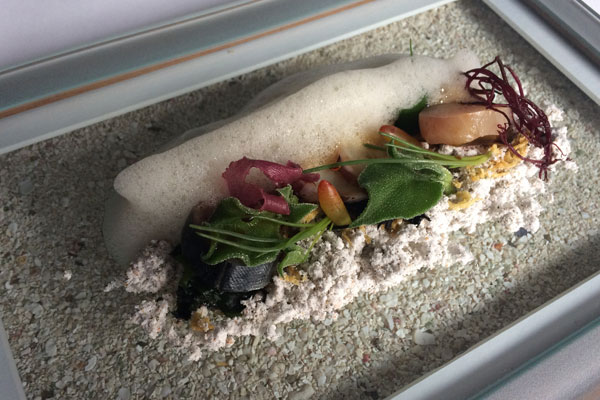 Sound of the Sea


3. He gave the world triple-cooked chips

Not everything Blumenthal puts his name to is super-premium: for example, he created what many believe is the ultimate version of the world’s favourite potato product. His triple-cooked chips are made by boiling potatoes in a water bath, freezing them and then deep frying them twice at two different temperatures. The result is chips with a glass-like crust and a soft, fluffy centre. Try them at his celebrated Bray gastropub, The Hinds Head.

4. He made food science and experimental cooking accessible to all

The charismatic chef’s infectious enthusiasm and engaging media presence has enabled him to make what he does relatively accessible to the general public – no mean feat given the esoteric nature of some of his ideas and the complexity of the techniques involved. The chef has made dozens of TV shows, ranging from his In Search of Perfection series for the BBC – where the chef and his team created ‘perfect’ versions of everyday dishes – to his more recent mission to make sure astronaut Tim Peake could enjoy a cuppa and a bacon sandwich in zero gravity.

5. He developed some of the world’s most outlandish flavour combinations

From white chocolate and caviar to salmon and liquorice, Blumenthal has come up with some of the world’s most headline-grabbing flavour pairings. Best of all, they actually work. The chef creates his matches by identifying molecular similarities between different ingredients and combining these two or three ingredients in a single dish.

Blumenthal is one of the few British restaurant chefs to recreate the weird and wonderful recipes found in historical British cookbooks. His Dinner restaurants in London and Melbourne serve up the likes of Meat Fruit – a rich parfait dipped in an orange-flavoured gel to make it closely resemble a mandarin – and Chocolate Wine. 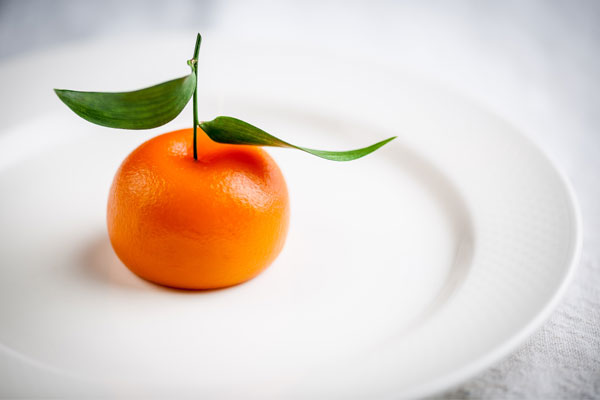 7. He proved that you don’t need spend decades working in other people’s kitchens to become a great chef

Aside from a one-week stint at one of the UK’s most prestigious hotels, Blumenthal has never worked in anyone else’s kitchen. After leaving school, he spent 10 years working undemanding jobs including as a credit controller and repo man while teaching himself the fundamentals of classical French cooking. Then he opened a small restaurant in Bray called The Fat Duck…

Now take a peak inside The Fat Duck:


Heston Blumenthal will receive his Diners Club Lifetime Achievement Award at the fifteenth annual World’s 50 Best Restaurants ceremony in Melbourne, Australia, on Wednesday 5th April. Follow us on Facebook, Instagram and Twitter for all the latest news, photos and videos.