Kyle and Katina Connaughton, the chef and farmer behind California’s SingleThread, travelled to Peru with Chefs for Change to trace the production process of coffee and cacao to see how modernisation and education are helping to bring the local community out of poverty

How much do you know about where your morning coffee came from? Some two billion cups are drunk each day as one of the common threads that binds international food culture from Africa to Asia, Europe to the USA. The same with chocolate. Eaten in myriad forms the world over at a rate of around 40,000 tonnes daily, these foodstuffs represent two gastronomic cornerstones that unite the culinary landscape.

As with anything in the consumable world, with quantity comes variance in quality. The chocolate bar on the confectioners’ shelf and the freeze-dried granules in a jar bear little resemblance to that which arrives as petit fours or restricted espresso at the end of a meal. However, they both begin life in the same way, in some of the most economically deprived areas of the globe. Production methods, the journeys from coffee bean to cup and chocolate bean to bar hold various similarities and, while conditions for some farmers have improved, many still receive the raw end of the deal.

As ambassadors for Chefs for Change, Kyle and Katina Connaughton went straight to source to understand more. The couple behind California’s SingleThread take sustainability and provenance as seriously as any restaurant. Since opening in 2016, its progress has been meteoric. It won the Miele One To Watch Award 2018, sits at No.71 in The World’s 50 Best Restaurants 2019 list and recently received a Michelin three-star rating. Tended by Katina, the SingleThread Farm lies seven miles away from the restaurant in Healdsburg, growing and producing around 70% of the food served at the restaurant. Among the 30% of ingredients they are unable to grow here in the heart of Californian wine country include coffee and chocolate. 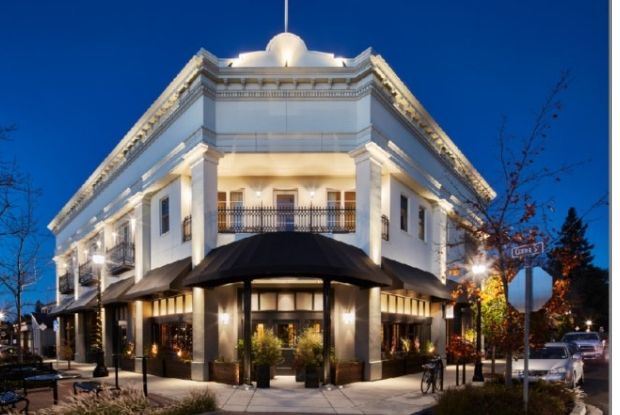 Path to Peru
Peru, coffee and cacao share an intrinsic relationship. Although many territories lay claim to being the home of cacao (the raw form of chocolate), Peru has arguably the strongest case thanks to genetic tracking of flora and fauna in the foothills of the Andes. Both products have been grown here for centuries and farming the raw ingredients is an integral part of pastoral life.

However, in recent years, growing coca – the primary ingredient for cocaine – has offered a faster and more lucrative return than traditional farming. The San Martin and Huanuco regions in the north of Peru offer some of the most fertile growing conditions in the world and Chefs for Change in collaboration with NGO TechnoServe are educating and encouraging local farmers to grow coffee over coca. 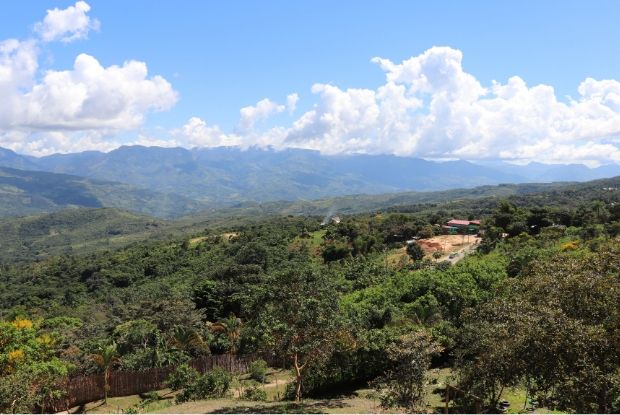 The fertile forests of northern Peru

Travelling to Peru marked the perfect opportunity to trace the supply chain of a product the Connaughtons use and sell every day. They met coffee farmer Eli Bustamente as he looks to create a sustainable farm for he and his family. “This was the first time in my life that I have learned the right techniques to produce coffee,” said Bustamente. Having previously struggled to earn a crust from his crop, he would sell part-processed beans to intermediaries at prices well below market rate as he had little concept of their value. Since joining a TechnoServe program last year, he has been taught methods to plant, rejuvenate, sell and harvest his coffee to earn significantly higher prices.

“As a farmer and chef, to be able to connect on a deeper level with our coffee and chocolate food systems was an undeniably powerful experience,” said Kyle and Katina. “Meeting the hard-working individuals who tend to these crops has forever humbled our perspective,” they continued. “With every sip of coffee and every bite of chocolate, we are endlessly reminded of where it all begins, and of the courageous individuals who shared their memorable stories of determination and perseverance with us.” Before they moved on, Katina took Bustamente’s bicycle-powered coffee pulper for a spin. Ergonomic, ecologic and a good method of exercise, it’s a shining example of how Chefs for Change and TechnoServe are looking at innovative ways to make more of the land with limited resources and make coffee production more attractive than coca. 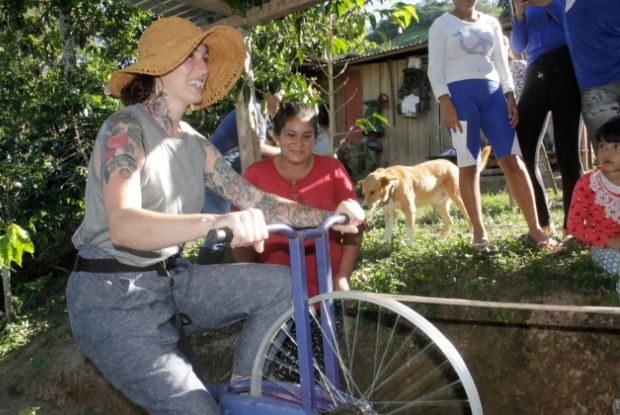 Katina Connaughton takes the coffee-pulping bike for a spin

Following a raw ingredient's production is integral to improving a restaurant experience. "I think that, in general, a lot of chefs are in the dark when it comes to coffee," says Amir Gehl, Founder of Difference Coffee Co., a firm that sources the world's best coffee beans for restaurants such as Mugaritz and Arpège. "There's no coffee education out there where chefs get the opportunity to learn about quality grading and what I personally see every time I present to chefs is that 'a-ha' moment, where suddenly they get to view coffee as an ingredient similarly to all those they cook with." The Connaughtons experienced a similar lightbulb moment in Peru.

From Bustamente’s smallholding, the group visited Mishky Cacao, an all-female cooperative producing award-winning chocolate for an honest cash return in an area that was previously in the employ of drug lords. “The cocoa farmers and producers touched our hearts and opened our eyes to how incredibly impactful this crop can be,” said Kyle Connaughton. “These brave women and men are making great strides in creating safer and sustainable lives for themselves and their communities.” 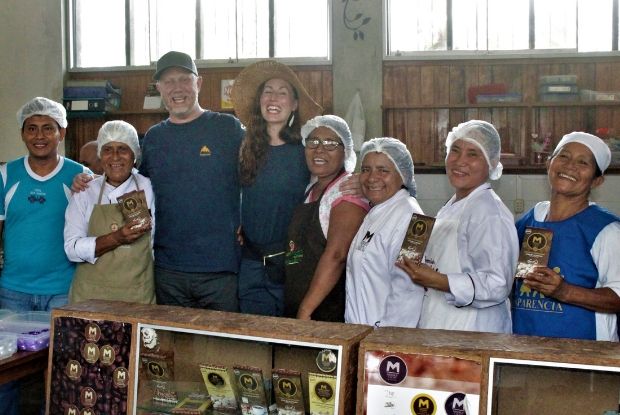 Kyle and Katina Connaughton with the Mishky Cacao cooperative

The leader of Mishky Cacao, Ayil Quinteros, spoke positively about how growing cacao offered more long-term opportunities for her community. “We were scared, we had to stay inside... we were terrified of losing our children to the narco-traffickers,” she said. “But now things are really starting to improve.”

As the aircraft wheeled away from deepest, darkest Peru and Katina Connaughton looked down upon the remote villages, she summarised her experience in one powerful sentence: “Coffee is our morning ritual or afternoon pick-me-up, but to these farmers, it's their livelihood, a pathway to live without fear,” she said. While much is still to be done in the developing coffee- and cacao-producing regions of South America, progress is underway in the foothills of the Andes.

Read more about Chefs for Change on the website, chefsforchange.org.

Learn more about Peru from the 50 Best Explores series where we sent Lyle's chef James Lowe on an exploratory mission into the jungle: