While Germán Martitegui is regularly mobbed for selfies by fans of MasterChef Argentina, the chef-patron of Tegui and former TV show co-host retains a relatively low profile outside the Spanish-speaking world. So who is the man behind the Buenos Aires establishment that’s enjoyed four consecutive years in the top 10 of Latin America’s 50 Best Restaurants and has now become the first Argentine restaurant to make The World’s 50 Best since Francis Mallmann’s 1884 ranked seventh in the inaugural 2002 list?

Although he started an international relations degree at university, there were early – and obvious – signs that Martitegui would never take the diplomatic path. Growing up in Necochea, a small coastal town located in the province of Buenos Aires, and inspired by his grandmother, the precocious 10-year-old Martitegui would regularly whip up croquembouche for his cousins’ birthdays: “I’d spend two days making profiteroles but something would slide off just before the party. It was torturous. But that dish was the first hit of my career,” he laughs.

His culinary future became reality when, aged 19, he replaced a friend working in the kitchen of Beatriz Chomnalez, the pâtissière who fast became Martitegui’s mentor. “She was my first teacher and no one else would have had that effect on me at that time. If Beatriz had been giving bonsai classes, I’d be caring for tiny trees today. She marked my career,” he says. Classic French cuisine swiftly, and inevitably, replaced international relations.

The next major influence was a case of right place, right time, according to Martitegui, recalling when he moved to Los Angeles with his best friend. He says: “A lot was going on in global cuisine at the start of the 1990s. Fusion cuisine – Mexican, Asian, Italian – was kicking off and I was lucky to be there. After working for Michelin-starred restaurants in demanding environments, Los Angeles opened up my mind to play around and mix things up. It helped me to form a sense of perspective.” 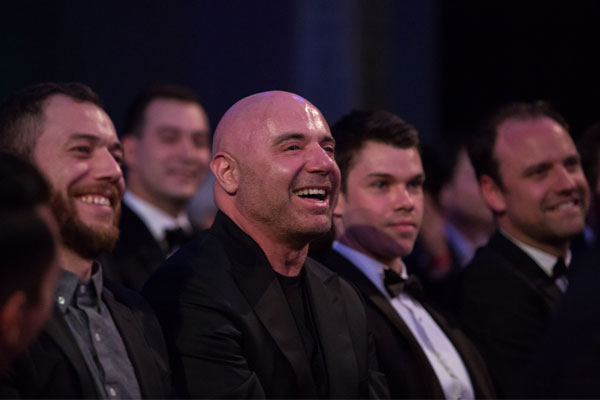 
Eight years working in Uruguay and Buenos Aires for Argentina’s legendary chef Francis Mallmann were also formative, although Martitegui could never have predicted he’d smuggle a container of potatoes to Europe for his former boss.

“Back in 1995, no one was talking about Argentine beef or dulce de leche and, alongside Francis, we had the chance to show the world what Argentina was about,” he says. “We were working in Peru and Francis had planned a 10-course menu consisting only of different potato varieties from the starter to the two desserts. Somehow, we had to ‘get’ them to the Académie Internationale de la Gastronomie [in Paris]. Moments like that didn’t just mark me but also other generations of cooks.”

After helming Agraz in 1998, then opening Olsen and Casa Cruz in 2001 and 2004 respectively (all Buenos Aires establishments), it wasn’t until 2009 that Martitegui stamped his identity in every sense upon Tegui. He says: “Olsen, a Scandinavian-style restaurant, was the first place in which I was involved with aesthetics and the name; I had the chance to play around with concepts. Casa Cruz let me create the food I wanted to serve to my friends. Tegui, however, is all me – from start to finish.”

It was a sizeable investment in every sense. “I remortgaged my house and sold my car to buy the oven I wanted. When a chef puts his name on the door without any backing from investors, it’s a big commitment. But I was aligned with that choice the day I opened in 2009, knowing everything I’d serve that first day was exactly what I wanted.” 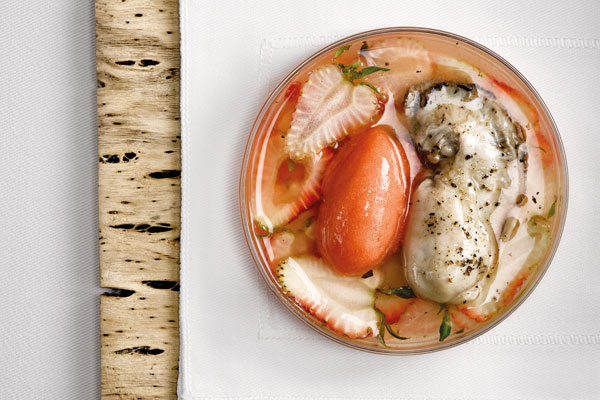 
After years of fine-tuning, Tegui finally settled into its skin, focusing on contemporary Argentine cuisine such as flame-grilled oysters. Martitegui says: “When we launched, we served three starters, three main courses and three desserts, opening for lunch and dinner. The following year, I included more dishes but only for dinner. Then, I boosted the à la carte concept to add a tasting menu; I’ve been working exclusively with a monthly eight-course tasting menu for the past three years but Tegui changes all the time. I never know what we’re going to serve from one month to the next because products decide what makes the menu.”

With the relentless energy and dedication he’s shown over the past three decades, Martitegui isn’t showing any signs of taking it easy. Last November, he published his first book, Tegui, opened for Team Argentina at Madrid Fusión in January and kicked off the 2017 leg of Proyecto Tierras in San Juan province in March. An ambitious two-year project that will see him on the road getting up close and tasting with Argentina’s wealth of producers in all 23 provinces, he says of Proyecto Tierras: “We want to put a face to the product, a name and a story, to know where it’s from. It inspires me to know I’m cooking with Berta’s cheese or Carlos’s sugar.”

Martitegui has been making waves in South America for some years, but now Tegui has entered The World's 50 Best Restaurants list, the rest of the world will no doubt be seeing more of him.