The art of hospitality at Schloss Schauenstein: the Swiss restaurant that runs like clockwork

For the first time ever, The World’s 50 Best Restaurants will this year honour a restaurant for its outstanding service with The Ferrari Trento Art of Hospitality Award.

In the second in our four-part series on the art of hospitality, we speak to Andreas Caminada at Schloss Schauenstein in Fürstenau, Switzerland.

Just like watchmaking and chocolate, Swiss hospitality is an art form. Great restaurants and hotels must run like clockwork, and Schloss Schauenstein, No.48 in The World’s 50 Best Restaurants 2015, is no exception.

“There’s precision and perfection in Swiss hospitality, as with watchmaking,” says Andreas Caminada, chef-owner of the restaurant-hotel in Fürstenau. “And, like Swiss chocolate, we’re also sweet and open-minded.”

On the 50 Best list since 2010, Schloss Schauenstein is known not just for Caminada’s stunningly presented plates and creative cooking but also for its warm atmosphere and beautiful, romantic surroundings in a fairy tale castle in the Swiss Alps.

Previously a private school, the historic castle was empty for two years before Caminada took it over in 2002 and converted it into a six-room hotel. He was 26 at the time and had grown up just a 20-minute drive away. After stints at fine dining restaurants in Zurich and Germany, he felt it was the ideal location to set up a restaurant and become his own boss. 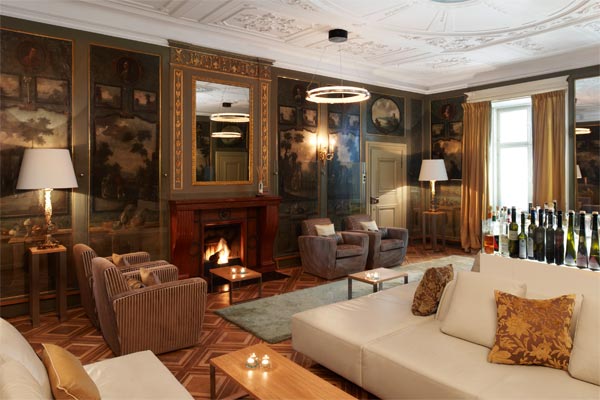 Rather than focusing solely on his cooking, the young chef put his energy into developing a whole experience, making guests feel welcome from the minute they called to make a reservation, not just the moment they walked through the door. A Swiss newspaper published a glowing review and soon the restaurant had one, then two, then three Michelin stars.

“I travel a lot and see a lot of hotels,” says Caminada. “There’s always beautiful scenery but in the end it’s about the people and how they act and make you feel. That’s the key to Swiss hospitality.”

It was Jardin des Sens, the world-famous restaurant-hotel in Montpellier, France, that had the biggest impact on Caminada’s approach. His first visit to a three-Michelin starred restaurant at 20 years old, the experience stayed with him, from the beautiful garden to the appetisers he ate.

“It really made me think ‘wow,’” recalls Caminada. “You take those experiences with you – it’s not just about great cuisine or a great chef, it’s much more than that.”

He developed a menu at Schloss Schauenstein that would enrich the senses, with dishes such as beef tongue featuring different ingredients on each part of the tongue to reflect sweet, sour, salty, bitter and umami sensations. 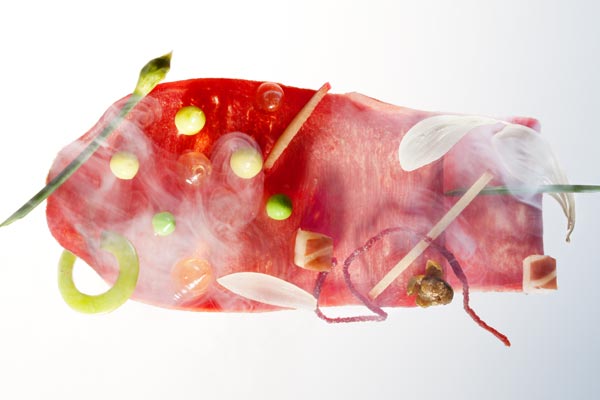 The meal begins with appetisers in one room, main courses in another and drinks and petit fours in a third part of the house – all part of Caminada’s effort to create a complete and multi-dimensional dining experience. He trains all 35 staff to look after guests, regardless of individual roles.

“I school our employees to imagine someone is coming to their own home. It doesn’t matter if you’re the dishwasher – if you see somebody carrying their cases, just go over and give them a hand. Make them feel welcome,” he says.

Caminada’s hospitality style was easier to teach when he had just four employees. Now, he gives constant training to show staff exactly how he wants things to be done. At the same time, he is flexible, allowing staff to make mistakes, as long as their passion shines through.

Key to this approach is Schloss Schauenstein’s front-of-house team, led by award-winning sommelier Oliver Friedrich. Friedrich’s team has an electronic system to make note of individual diners’ preferences – who drinks sparkling water and who drinks still, for example.

“If someone is left-handed then we change the knives and forks around, or if they don’t like shallots, we write it down for next time,” says the chef. “That’s what really makes the experience for the guests who come back.”

Although Caminada is most at home in the kitchen, he makes an effort to say hello to every guest at every table and to thank them for coming.

In fact, aside from the seasons when Schloss Schauenstein is closed, he only leaves the restaurant four days a year – for the annual 50 Best celebrations.

Here's Chef Caminada talking about the art of hospitality: