The Democratisation of Fermentation, by David Zilber

David Zilber, previously head of the Noma Fermentation Lab in Copenhagen, is arguably the world’s leading mind on the application of fermentation in elite gastronomy. Having recently left his role at Noma, No.2 in The World’s 50 Best Restaurants 2019, Zilber charts his own path of ongoing fermentation enlightenment, exploring how the appetite for fermented food globally is gathering pace and has the potential to define a new generation of restaurants

I got my start in fermentation at a young age. I remember it well: it was a hot early summer’s day in Toronto, where I was born and raised. I was still in elementary school at the time, but old enough to feed myself breakfast and set out on my day on my own. As such, my parents had already left for work and my sister to Junior High at another school. I’d poured myself an extra-large bowl of Honey Nut Cheerios and, at the point my morning cartoons were wrapping up, I thoughtlessly left my unfished bowl of cereal milk, with its small archipelago’s worth of ‘Os’, on the kitchen counter. Not thinking anything of it, I headed out the door of the apartment to catch the bus and spent an uneventful day at school. But it was upon my return home at the same time as my mum, that the day’s most interesting – yet slowly protracted – event revealed itself.

I was at my mother’s side, just before making dinner, when she spotted the bowl left out since morning next to the sink. “Dayvid…” she muttered in her typically annoyed Canadian/Caribbean accent, punctuated by a telling sucking of her teeth. As I reached for the bowl with both hands, from the low angle of attack over the counter afforded by my nine-year-old body, my thumb jerked the spoon. But with such a simple motion, I knew something was amiss. The spoon pushed back. Was it sitting in something viscous? With the windows closed all day in our family’s modest two-bedroom apartment, my breakfast had been transformed. I picked up the spoon and watched the cereal milk trail off it in broken clumps. “Mummy! Look! Why is it like this?” My mother, never one to fuss about, stuck her pinky finger in, pulled out a white dipped fingertip, smelled, then tasted, then proclaimed: “You made yoghurt!”

Microbiology begins at home
The average human mouth is host to some 500-1,000 different species of bacteria, with anywhere from a thousand to a billion microbes on each tooth (depending on how often you’re brushing). They’re responsible for the plaque your dentist scolds you for, but they’re also partially responsible for the chemical homeostasis of your gut that keeps you healthy, happy, and, ultimately, alive – call it ying and yang. But in that moment, these silent teachers were also responsible for having me learn something instructive about the natural world.

The pasteurised milk stored in the one litre bags in my fridge surely hadn’t brought these microbes to my milk bowl; that was my own doing. Our warm, humid apartment served as the incubator; the cereal bowl as the urn. The same microbes living in my mouth – producing lactic acid as a function of their metabolism, while scavenging for bits of Cheerios from between teeth – when transferred from mouth to spoon to the bowl, did the exactly what they were born to do in their new environment. Although instead of enamel decay, fermentation of milk was the result.

While it seemed a curious lesson for me as child at the time (an unplanned, home-schooled science experiment), it’s a memory that has held more and more significance in the story of my life as I’ve grown. 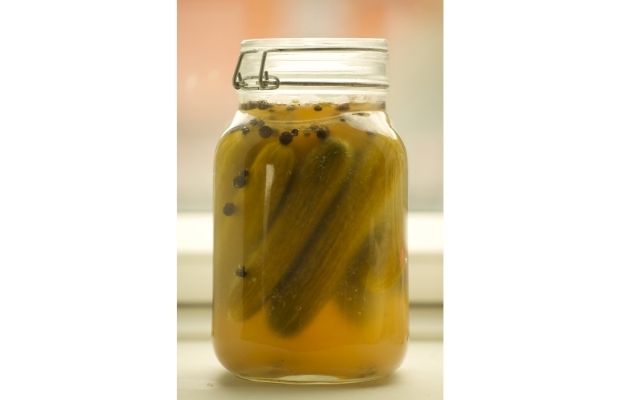 What I’d discovered as a boy in my apartment was no different from what ancient Egyptians had discovered in vats of soaked grains, no different from what Mongolian herders discovered in their leather sacks of yak milk, and no different from what ancient Persians discovered in their clay pots of ripe grapes. This is the same genesis of every fermented product we enjoy today, from wine, to mustard, to beer, to bread, to cocoa, to cheese, to sake… Much in the same way we find truly peculiar subsets of plants and animals that manage to thrive in the constructed environments of humankind (think: racoons, foxes, dandelions, and rock doves, for example) at the expense of the panoply of natural diversity that existed in those spaces before human development, so too do our foods provide equivalent niches for microbes. Wherever it has served humanity to keep recreating a set of circumstances for our own benefit, we have unknowingly served the silent microbial kingdom as well.

Without the accidental introduction of lactic acid bacteria into that bowl of milk, any number of wild microbes might have spoiled it not into becoming a pleasantly sour and mildly sweet thickened version of itself, but something pink and green and putrid.

The benefit of the transformation is yoghurt’s low pH, created by the microbes responsible for the fermentation, as yoghurt is a form of preserved milk. Looking back through history, such a simple benison as longer shelf life (though there are plenty of strictly hedonistic reasons to enjoy fermented foods) served as enough of a push wherever humans lived, that we encoded the rituals responsible for their creation into our cultures, and preserved them until today. Those rituals have become our comfort foods, our special occasion serves and our traditions. No matter if you’re a second-generation South Korean American enjoying kimchi for breakfast, or a Papua New Guinean native sipping on yawa at dusk, the same natural rules apply.

Fermentation: the timeless fashion
The act of cultural transmission through traditions, by default, keeps variation and speciation to a minimum. While yes, like a game of broken telephone or Chinese whispers, variation will always take root, ultimately for these processes to work, rules of thumb must be followed.

From dark hatcho, to sweet saikyo, to earthy aka, all of Japan’s most well-known misos are made of the same ingredients with differing proportions and fermentation times. Though there is a huge range in the diversity within those flavours, the recipes that have been ossified in Japan’s culinary consciousness are in no way a whole scale reinvention of the ancient paste from their inaugural principles. Modernity, however, is slowly bringing about a sea change to the world of fermentation. With the transmission of knowledge happening at an ever-accelerating pace, curious culinary tinkerers on every continent are waking up to the possibility of crafting their favourite ferments irrespective of the traditional limitations of familial knowledge or geography. 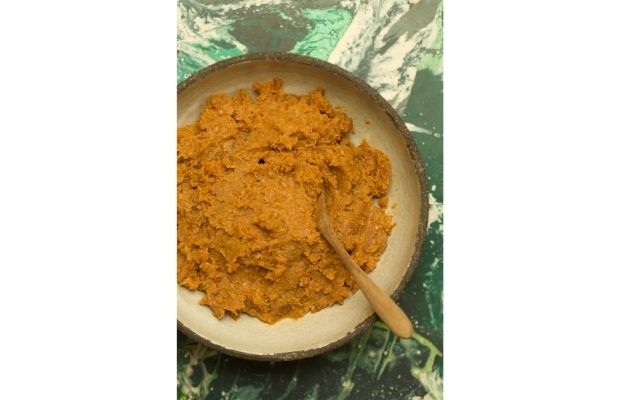 It’s not just misos that are being made from all manner of legumes that didn’t originate in Japan, but also Camembert moulds ripening cashew cheeses, or beer being brewed from quinoa. Since the West began experiencing its fermentation revival over the past 30 years at the hands of authors and entrepreneurs like Sandor Kats or George Thomas Dave, there’s been a veritable explosion in the pace of creation of novel varieties of ferments. Chefs, gastronomes and consumers alike are simultaneously being increasingly exposed to previously niche products, but also the education and microbes required to make them.

Want to know how to turn the half-head of cabbage leftover from your roast dinner into sauerkraut? Type 10 characters into your YouTube search bar. Want to get into craft brewing? Stop by your metropolis’ homebrew shop (I’ve never lived in a city without one). Want to learn more about this whole crazy world? Pick up a fermentation cookbook in the airport bookstore. A marketing forecaster might call fermentation trendier than ever, hot even. But to consider this a passing fashion misses the larger scope of its cultural awakening: fermentation isn’t experiencing a trend, it’s experiencing an understanding.

Harnessing history to define the future
With the understanding of fermentation’s ubiquity, of its impartiality of access, and its usefulness in all levels of kitchens (home, professional, institutional and industrial), people are becoming empowered to leverage the boons the practice affords. These boons include: improved gut health; increased bioavailability of nutrients; a reduction of wasted food; and even the psychological benefits of treating it like a pet and nurturing it – this is all before we get to the funky and delicious heart of fermentation: its flavour.

‘Let flavour be thy guide’ ought to be fermentation’s slogan. But it’s true that the deep umami, effervescence, the alkaline funk and complex acidity that we love to experience in eating our favourite foods is owed to the uncountable numbers of fungi and bacteria that act as the silent investors in our collective gastronomic pleasure.

We’re waking up to that fact today. It’s only been a little over 100 years since the advent of the entire field of microbiology. And we’re still only scratching the surface of what’s out there. The microbial diversity of our planet has so many more surprises to offer up. It’s been an accident of history that the microbes most ready to jump into our foods have found a way into our hearts. With a little hard work, we’re sure to find all manner of new and exciting biologies that stand poised to reinvent gastronomy once more. 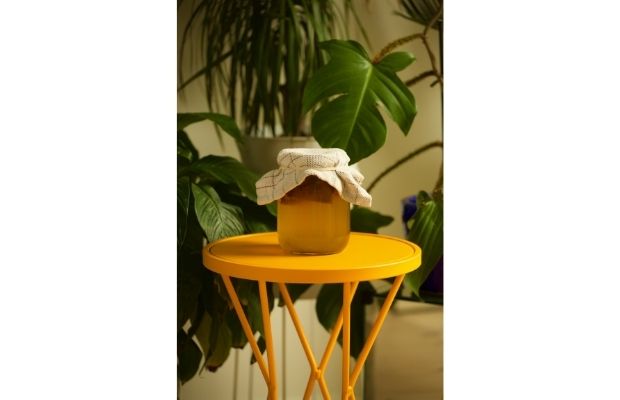 Those future ferments, those as-yet-to-be-tasted concoctions that push the lexicon of our culinary understanding forward, will by default become new traditions. Not ones guarded by language barriers and oceanic divides, but by rapid adoption, experimentation and collaboration between the bacteria, yeasts and fungi that will produce them, and the humans who eat and share them. Moving forward, the growing appreciation of how these omnipresent organisms factor into our lives will only make them more important to us. And though microbes may be mute, their increasing ability to democratise food and put its production into the hands of individuals, stands to make our food system more resilient and give us all a stronger voice.

Visit the Restaurant Recovery Hub and the Bar Recovery Hub to explore useful resources during the coronavirus pandemic and read the stories of chefs and bartenders around the world. Follow 50 Best on Instagram, Facebook, Twitter and YouTube for the latest news and videos.