After 13 years in London, The World’s 50 Best Restaurants embarked on a global tour that started in New York with the 2016 awards ceremony and moved to Melbourne for the 2017 event. Now the Oscars of the food world returns to Europe for its 2018 edition.

Spain’s Basque Country has long been known as one of the most gastronomically blessed regions of the world, with the highest concentration of Michelin-starred restaurants per capita and a strong and enduring representation of restaurants in the 50 Best list. With everything from fine dining to abundant pintxos, it’s the ideal next location for the biggest culinary party on the planet.

With the support of the Government of Biscay, the 2018 awards programme will include the Chefs’ Feast, an intimate celebration exclusively for the cooks of The World’s 50 Best Restaurants; the awards ceremony, where the list itself is announced; and a special #50BestTalks live event featuring top chef speakers. The awards night will take place next June in Bilbao, the capital of the Biscay province in northern Spain, famous for its food culture, while other events will take place in nearby San Sebastian, which is home to the Basque Culinary Center.

The Basque region of Spain is home to four of the restaurants on this year’s 50 Best list, with Victor Arguinzoniz’s Asador Etxebarri in Axpe at No.6, Mugaritz and Arzak in San Sebastian at No.9 and No.30, respectively, and Azurmendi in Larrabetzu, near Bilbao, at No.38. Nerua, located inside Bilbao’s iconic Guggenheim Museum, sits just outside the main list at No.56, and there are a further five Spanish restaurants within the top 100, the highest being El Celler de Can Roca in Girona at No.3.

Stay tuned for the announcement of the awards date and venue details!


Discover more about the Spanish restaurants on the 2017 list: 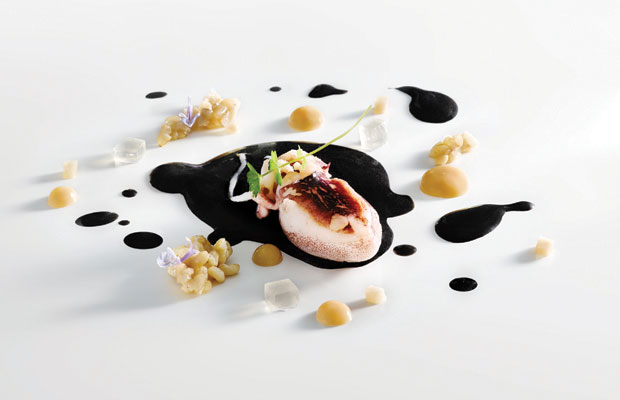 Twice ranked No.1 in the world, El Celler de Can Roca is located in the medieval city of Girona in Catalunya, northern Spain. A decade ago, the Roca family moved the restaurant just up the road from its original location to its current site – an airy, purpose-built contemporary space complete with a huge kitchen led by Joan Roca, with his brother Jordi the pastry chef and Josep as sommelier. 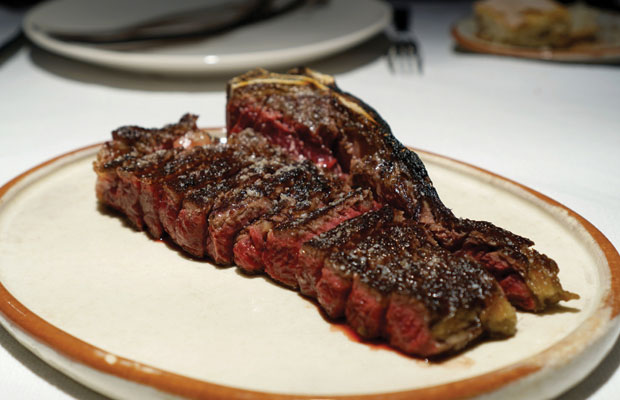 The draw of Asador Etxebarri is a combination of skilful barbecuing techniques, the talent of chef Victor Arguinzoniz, the exquisite rural setting, the deeply unpretentious atmosphere of the restaurant and, of course, the food. Oh, the food… 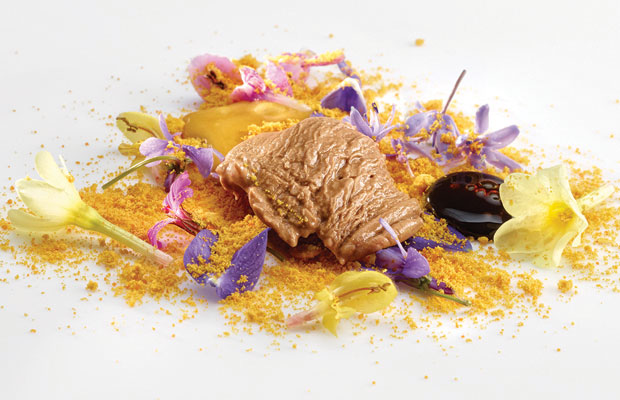 From bitter to sweet

Andoni Luis Aduriz, simply known as Andoni, is considered by many observers to be the natural heir to the title of Spain’s most pioneering chef after Ferran Adrià. 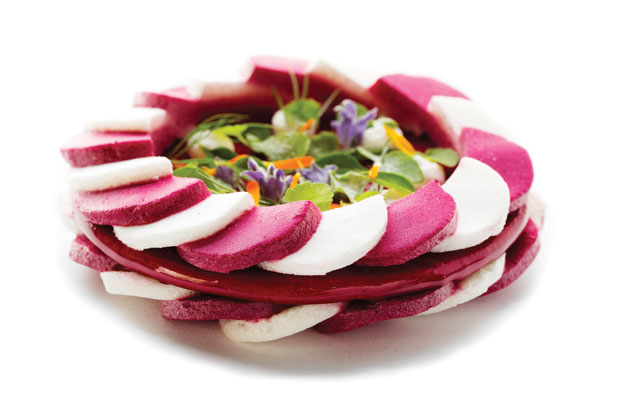 One of Albert Adrià's colourful creations

There’s no other tapas bar in the world quite like Tickets. In standard Adrià fashion, the eccentric 90-seat restaurant is converted into a culinary amusement park where Albert Adrià takes tapas to the cutting edge. Five small-plates bars and open kitchens surround the perimeter of the restaurant, each specialising in different preparation methods. 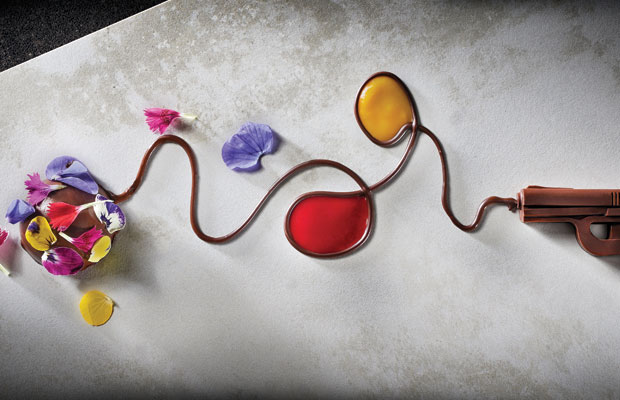 The restaurant situated at the top of a hill in San Sebastian has been in the Arzak family for generations, but it was charismatic Juan Mari who revived the menu to make it what it is today. The venerable chef still oversees the kitchen while his talented daughter Elena runs daily operations. 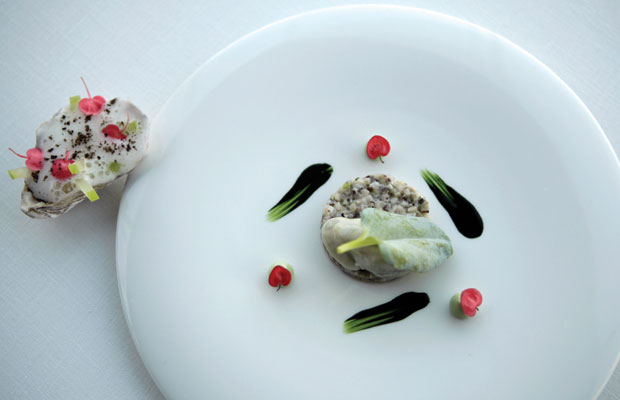 Far from the straightforward sit-down restaurant experience, at chef Eneko Atxa's Azurmendi the journey starts in the rooftop vegetable garden where guests inspect the home-grown produce before continuing via the kitchen to an indoor greenhouse for a selection of ‘snacks’. Diners are eventually seated in a section of the dining room, flanked by temporary fabric walls projecting different scenes for different courses.

Winner of this year’s Miele One To Watch Award, Disfrutar has wowed critics and diners since its opening in 2014. Chef-owners Oriol Castro, Mateu Casañas and Eduard Xatruch are best known for their decade-long stint at El Bulli with Ferran Adrià, which helped shape their creative cooking concept at this new Barcelona favourite. 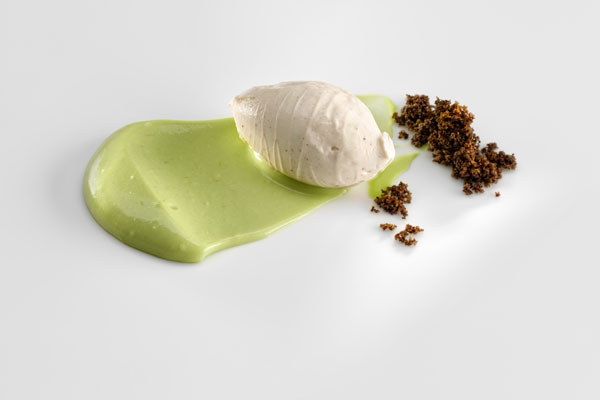 Housed in Bilbao’s iconic Guggenheim Museum, Nerua is in the perfect spot for chef Josean Alija’s artful, precise cooking. The 9-, 14- and 21-course tasting menus take in a series of dishes, each focused on one main ingredient with creative interpretations of Basque classics such as cod kokotxas and foie gras. Meanwhile, an extensive wine menu covers the local Spanish region and beyond.

A standard bearer for Spain's modernist movement, Quique Dacosta is a master of techno-emotional cooking, capturing the essence of the Mediterranean at his eponymous restaurant in avant-garde dishes that dazzle the senses. The white-washed building has a beautiful terrace and lounge, where diners begin their meal, before heading inside to be greeted by bare, unlaid tables. Cutlery and crockery are added as the meal progresses to ensure nothing detracts from the food.

Basque chef Martin Berasategui has held three Michelin stars at his eponymous restaurant in Lasarte-Oria, Spain, for more than 15 years. His 14-course ‘Great Tasting Menu’ takes in mille-feuille of smoked eel, crayfish over an aniseed sea-bed and lightly marinated warm oyster. There is also an à la carte option.

Watch the highlights from The World’s 50 Best Restaurants 2017 in Australia: