The World's 50 Best Restaurants is moving to Australia

We've just held The World's 50 Best Restaurants 2016 in New York City and now we're getting ready for the next leg of our global tour: Melbourne, Australia, where we'll be heading for the 2017 edition.

Pat Nourse, 50 Best Academy Chair for Oceania, Australia and New Zealand, tells us why this may just be the best decision we ever made.

If The World’s 50 Best Restaurants is all about dynamic dining experiences, then Australia is a natural next choice as host. It has quickly become home to some of the most interesting places to eat, serving an exciting array of foods you won’t see anywhere else, all complemented by a wine scene that is both deep in its roots and vigorous in its growth.

Oh, and it might have something to do with their convict heritage, but they also like to have fun Down Under. If you like the idea of world-class food and drink, but without all the fuss, and with a double-helping of sunshine and good times, you’re going to like eating in Australia.

Does Australia have anything in the way of culinary history?

Quite a lot, actually. Indigenous Australians have been tending their land for more than 40,000 years. Europeans exploring the nation in the last four centuries, including the British colonists who claimed Australia for the Crown in the late 18th century, observed complex culinary and agricultural technologies ranging from fire-stick farming to processes for leaching poisons from plants to render them edible. Some authorities argue that the first bread in the world was baked, fittingly enough, on the oldest continent on earth.

For a nation with a population of just 26 million (the Greater Tokyo area alone, by contrast, is 34 million) Australia punches well above its weight. Its restaurant scene is vibrant and energetic, powered by a diverse cultural make-up, access to a very wide variety of clean and fresh produce, a unique array of plants and animals native to its land and waters, and, perhaps most important of all, a freedom and creativity all its own. 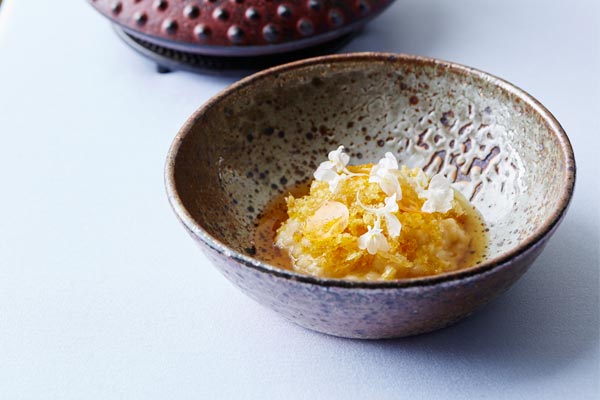 
Plenty of countries have a diverse cultural make-up; what makes Australia so special?

For one thing it’s very diverse, and for another, it’s something Australians grow up with at a grassroots level. Today Australians are as likely to cook with a wok as they are a barbecue (which might explain why Australian barbecues have wok burners), and fresh, locally-grown galangal and lemongrass have been a common sight alongside rocket and radicchio in its supermarkets for decades.

Some of the cultures making the most high-profile contributions to Australian restaurants include Chinese migrants, some of whom have been in Australia since the gold rushes of the 1850s, the Italian migrants who arrived in the wake of World War II, and the large numbers of Vietnamese and Lebanese migrants who came to the country in the 1970s and 1980s.

It’s an English-speaking country with an Italian coffee culture that just happens to be part of Asia, where a dégustation will segue seamlessly from Champagne to sake to saison, just as the table is set with chopsticks and forks alike. It gives Australia’s chefs a grounding in many traditions without binding them, necessarily, to any one in particular.

Maybe it has something to do with the Italian passion for coffee running headlong into a British colonial fervour for tea and baked goods, but Australia is a nation obsessed with a good breakfast. These days the old-school Vegemite and banana bread are likely to be complemented on the menu by congee and manoosh. We should note, too, that while both sourdough and the avocado itself are native to the Americas, Australia lays claim to having invented avocado on toast. 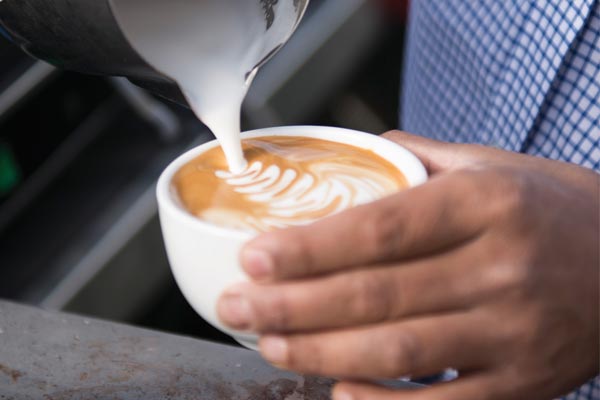 
Australians are also known to drink things other than tea and coffee though, right?

They’re known to enjoy a beer, certainly, and the craft brewing and distilling scenes in Australia are as lively as any in the world. What’s really exciting to the thirsty visitor, though, is how much more complex and mature the wine scene is than the stereotype of fruit-bomb reds and one-dimensional whites. Australia today is in tune with everything from non-interventionist schools, the skilled use of extended skin contact and oxidisation, and lower-yield and cooler-climate winemaking to wines of searing varietal purity and freshness (and every combination thereof). Shiraz, cabernet, grenache and chardonnay are still a strong focus (and Australia is home to some of the oldest of those vines in the world), but at the same time Australian Pinot Noir is also booming, while wines made locally from the lesser-known likes of fiano, grüner veltliner, savagnin, chenin blanc and assyrtiko are making their mark.