Chefs’ Choice winner Virgilio Martínez on friendships, the women in his life and new restaurant plans

After being voted by his peers to win the Chefs’ Choice Award, sponsored by Estrella Damm, Central owner Virgilio Martínez talks to us about the progress made on his new restaurants, his relationships with fellow 50 Best cooks and the strong women who have helped him reach the top.

On the long journey back to Peru from Australia after The World’s 50 Best Restaurants awards, Virgilio Martínez and his wife and business partner Pia León were hard at work on their latest restaurant project, shunning sleep and inflight movies to sketch out floor plans for one of their most ambitious projects yet.

Such is the life of a high-flying chef duo with one of the most successful restaurants in South America, two popular locations in London and more in the pipeline for Lima and Cuzco – not to mention a baby son, a second cookbook, Central, and a number of collaborations with similarly high-profile cooks around the world.

While Martínez has reduced his travel this year after a physically exhausting 2016, he doesn’t plan on cutting out the trips altogether because he says he learns a lot from working with other chefs and benefits from the distance from his projects. Fortunately, he has a strong team to hold the fort at Central, including León, who usually stays in Lima to look after the restaurant when he travels, and his sister Malena, who runs Mater Iniciativa, the research project and creative arm of the restaurant.

“The curse of being on the 50 Best list is the amount of phone calls and emails you get,” says Martínez who, during busy periods, has up to five people working full-time just to answer reservation requests. “What’s great is that we have a big team. I have my sister, Malena, Pía and four head chefs who are extremely capable, but I also feel that I need to be there. There’s always innovation, new dishes, challenges – the team keeps growing.” 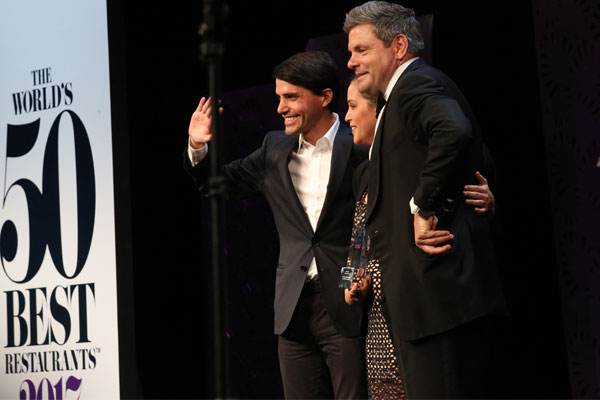 
The latest challenge is a sort of Central 2.0, where Martínez and León will move the No.1 restaurant in Latin America to a new location in an old factory in Lima’s arty Barranco neighbourhood. In the same space, they are building León’s own restaurant, Kjolle, as well as a cocktail and café space open 12 hours a day, a vegetable garden and a new hub for Mater Iniciativa. Martínez and León will live in one wing of the building with their son Cristóbal, who the chef jokes will be the gardener in their “beautiful” new garden.

Kjolle, pronounced co-yay and named after an indigenous Peruvian plant used to dye fabrics, will be something entirely different from Central. While it is slated as León’s first solo project, it is very much a team collaboration, and the couple will continue to split their time between both restaurants, together with their senior team. Kjolle will be South America-focused, exploring ingredients and dishes from throughout the region.

“At Kjolle, Pía doesn’t want to do the service we do at Central,” says Martínez. “She doesn’t want 18 courses or 18 ecosystems, nor does she want to focus on one particular area. She’ll use products from all over South America, from Patagonia and elsewhere. We understand that when people come to Lima, for many of them it’s their first time in Latin America, so it’s a good opportunity for us to show what’s available in other regions.”

Like Central, Kjolle will be supported by Mater Iniciativa, where Martínez and his sister travel around South America exploring new ingredients and uses for existing products, such as cooking with plants that are usually used to dye clothes. They expect the whole Barranco complex – Central and Kjolle included – to open in December or January. 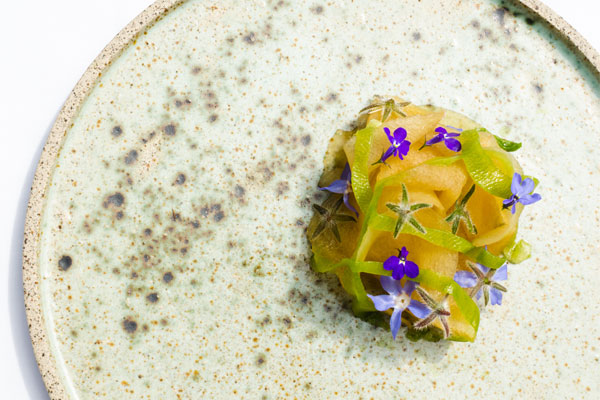 
Meanwhile, the Central team is working on another passion project in Cuzco called Mil, meaning ‘thousand’ in Spanish. Originally scheduled to open last March, the restaurant is now set for October, allowing time to build a system to collect water and ice from the mountain ranges to supply the nearby villages as well as the restaurant itself.

Located in Moray in the Peruvian Andes, Mil sits at an altitude of 11,500ft and will allow adventurous diners to try dishes and products from the surrounding area, as well as those cooked in the ground beneath them. The project will provide direct jobs to more than 20 families in the villages below it, as well as indirect work to 100 families producing products like quinoa or cheese in the surrounding areas.

Whilst it may seem he is over-exerting himself with projects, Martínez is clear that he and his family can’t live off Central alone. The restaurant – which takes diners through a four-hour tasting menu exploring Peru’s diverse ecosystems – is a life-long labour of love for the chef and his sister.

“If you gave them the business plan for Central or Mil, not one person would take it because they’re passion projects for Malena and me,” he says.

Luckily, Martínez and his business partners in London are working on a possible third restaurant to follow the original Lima in Fitzrovia and the slightly more casual Lima Floral in Covent Garden. His vision for the third is a super-casual, counter-service Peruvian restaurant, possibly cutting out more expensive ingredients such as fresh fish and pisco to keep costs down. He recently visited Made Nice, the brand new fast-casual restaurant from the owners of Eleven Madison Park in New York, which he loved.

Although he is able to limit his travels to the London restaurants because of his strong team, including business partners Gabriel and José Luis González, Martínez will keep up the global collaborations and pop-ups with fellow chefs from the 50 Best lists and beyond.

“The community of cooks has grown so much around the world and I talk to them every day,” he says, citing Shinobu Namae of L’Effervescence, André Chiang of Restaurant André and Jorge Vallejo of Quintonil among those he speaks to regularly via Whatsapp. “We’re always exchanging a lot of information. It’s good because we’ve learned to influence each other and share information but we also know to respect each other’s territory.” 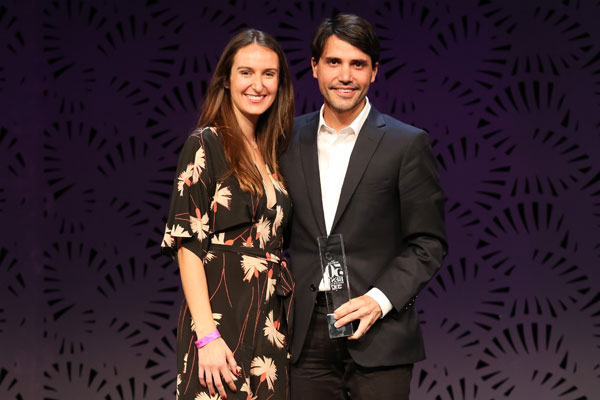 
This brings us to the Chefs’ Choice Award, sponsored by Estrella Damm, which Martínez won this year in Melbourne, Australia. The award, voted for by the 50 chefs whose restaurants are on the 2017 list, is seen as the ultimate peer-voted accolade.

“It’s one of the most beautiful awards I’ve received,” he says. “It’s very important because my colleagues have given me a vote of confidence that what I’m doing is good – not so much as a cook but personally too. I don’t want to be known as the most technical or the best chef in the world but I do want to be recognised as a good friend and cook.”

As for awards, does he think Central will retain its No.1 spot in Latin America’s 50 Best Restaurants for a fourth consecutive time when the list is revealed in Colombia later this year?

“It would be a bit greedy,” he says. But if Central doesn’t win, he’d like the top spot to go to his close friend Mitsuharu ‘Micha’ Tsumura at nearby restaurant Maido, currently No.2 in the list. He says he’d also be happy if the No.1 title went to Enrique Olvera’s Pujol in Mexico City, Rodolfo Guzmán’s Boragó in Santiago, Germán Martitegui’s Tegui in Buenos Aires or Gastón Acurio’s Astrid y Gastón in Lima – the latter having won the top spot in the inaugural Latin America’s 50 Best Restaurants list in 2013. Still, one gets the feeling he wouldn’t be too upset if he took that trophy home just one more time.

“It’s for the voters to decide,” he says. “We’ll just do our work and whatever happens, happens.”