Mother sauce – what is the future of French cuisine?

Can French cooking continue to shape global gastronomy as it has done over much of the last century – or is its very identity under threat? 50 Best’s Director of Content, William Drew, assesses the country’s current culinary status

Debate as to the identity and influence of France’s distinct cuisine has been swirling around the food world in recent years, fuelled by the increasingly diverse nature of top-level dining destinations across the globe.

At the recent edition of the thought-leadership forum #50BestTalks in Paris, presented by Miele, five of France’s world-leading chefs weighed into the debate on stage. With their input, we cut to the key questions covering the country’s culinary culture, international influence, shifting hierarchies and the freedom to cook without constraint.

A restaurant in France has topped The World’s 50 Best Restaurants for the first time. Isn’t that proof of the country’s status a premier gastronomic destination?

Not only is Mirazur, in Menton on the Mediterranean coast, the recent recipient of The World’s Best Restaurant Award, sponsored by S.Pellegrino & Acqua Panna, but a further four restaurants – all in Paris – feature in the top half of the annual ranking. In terms of national performance, this puts France very much in the global ascendancy, equalled in the upper echelons of the list only by Spain. The ‘problem’, however, is that Mirazur is helmed not by a French chef, but by an Argentinian of Italian heritage in the form of Mauro Colagreco. On stage at the 50 Best awards ceremony in Singapore, Colagreco paid warm tribute to his adopted home, but also to Italy, Argentina and Brazil, reflecting what many see as a refreshingly cross-cultural mindset. The affable Argentine adds: “I am proud to be a representative of a new French cuisine. I am not French, but I have made French cuisine my passion. My cuisine is a reflection of this France, which is multicultural.” 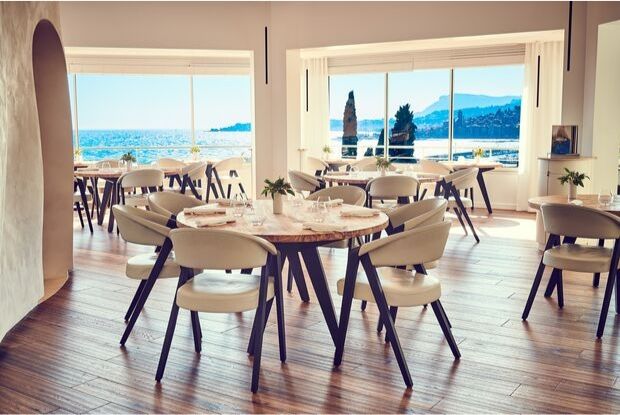 Is the identity of French gastronomy changing?

Evidently. However, France’s culinary identity has never been a clearly defined and unmoving beast, despite stereotypes to the contrary involving the extensive use of butter and cream. The key reason France has long been considered the cradle of fine dining in the modern era is because so many of the techniques developed by French chefs, including the creation of its famous mother sauces – first coined by Marie Antoine-Carême in 1903 – became the bedrock of chefs’ training in the Western world. And ambitious young cooks from around the globe gravitated towards the country and its culinary schools as a result, creating a virtuous circle.

In truth, those techniques and culinary mores have long been touched by international influence. “Part of the DNA of French cuisine has always been its ability to absorb other cultures,” says Yannick Alléno, chef-owner of Alléno Paris au Pavillon Ledoyen in Paris. “France is at the heart of Europe and has always tried to receive and exchange commercially. I believe it is thanks to this exchange that French cuisine is so culturally rich and why it has had this extraordinary evolution.”

That international culinary interaction has been accelerated by ease of travel and the acceleration in global communication in the last decade. It has opened chefs’ and diners’ eyes to a wider array of ingredients, techniques and cultures. Romain Meder, chef de cuisine at Alain Ducasse au Plaza Athénée, believes the change in kitchen culture  has also created greater openness to new ideas, citing the multi-national make-up of his brigade in what is one of Paris’ most iconic kitchens. “In the modern restaurant you no longer have the vision of the chef, you have the vision of the group,” says Meder. 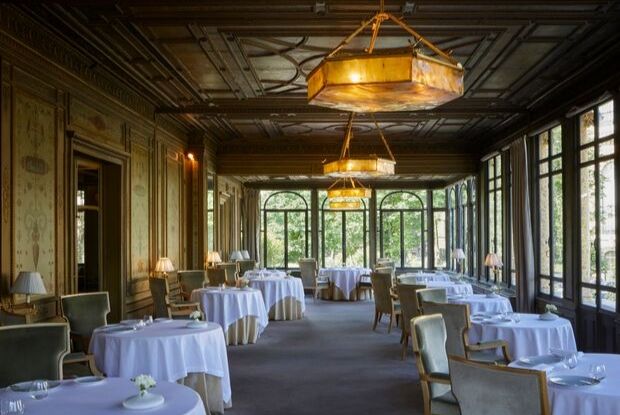 What, if anything, unifies French cuisine?

From north to south and east to west, France has a huge range of climates and ecosystems, ingredients, cooking styles and emblematic local dishes, so a unified ‘French’ cooking style is near impossible to define.

However, we are seeing a renewed focus on the produce itself. Whether you are Mauro Colagreco cooking on the Cote d’Azur or Alain Passard in Paris, respect for the land, the seasons and the resulting vegetables, fruits, wines, and herbs is at the core of the contemporary French culinary approach.

“The level of cuisine in the world today is higher than ever. We can see it with the [50 Best] rankings that there are fantastic chefs in Denmark, in the USA, in Argentina, in Peru,” says Passard, chef-owner of legendary Paris restaurant Arpège. “But I think in France we are lucky enough to have the produce of our ‘terroir’ – we still have exceptional raw materials. I believe it’s essential to have a passport on each product, so we know where it comes from.”

And as Bertrand Grébaut, chef-owner of Paris uber-bistro Septime, says: “Even if we claim that French cuisine is rooted in a tradition of ‘territory’, it doesn’t mean we can’t refresh it – that we can shake up the rules and practise it differently.” 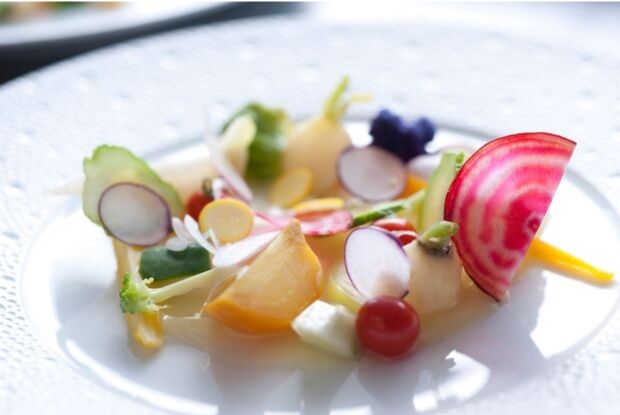 But is French influence waning on a global scale?

It’s not so much a case of the country losing its feted position as culinary kingpin, as there simply being more players in the game. “I don’t feel our position is endangered, because I don’t think there is such a competition,” says Grébaut. “Other cuisines [simply] force us to question who we are.”

The World’s 50 Best Restaurants list has reflected the growing diversity of cuisines and restaurants which are providing ultimately memorable dining experiences. There are numerous French restaurants celebrated as being among the very best, both in France itself and across the world, just as there are Mexican, Thai, Spanish, Italian and Japanese establishments capturing food-lovers’ imaginations. The enduring success of French restaurants outside France – from Julien Royer’s Odette in Singapore to Atelier Crenn in San Francisco; from Belon in Hong Kong to the evergreen Le Bernardin in New York – attests to the fact that contemporary interpretations of fundamentally French food remain hugely appealing and influential. The fact that these restaurants use indigenous ingredients to pair with French technique further suggests that the core principles of French cuisine can be applied successfully in any corner of the world.

What about the restaurant scene in France?

After a period of reflection and soul-searching, prompted in part by some of the developments noted above, the restaurant scene in France is arguably more exciting, diverse and innovative than it has been in decades. Colagreco’s cites a ‘nouvelle France de cuisines’ (new France of cuisines) which continues to cherish its produce, terroir and heritage while assimilating influences from around the world. He calls it an “unfettered and unconstrained cuisine, borderless and limitless”, exemplified not only by Mirazur but by the likes of upcoming Parisian restaurants NE/SO, Virtus,  Le Sevran, Yam’tcha and Kei. This new face of contemporary French food is more casual, more open and in tune with evolving tastes, rather than employing a more traditional ‘top-down’ approach to what constitutes good food.

Romain Meder acknowledges that the French restaurant establishment has, in the past, “been too concerned with itself to break free from the shackles”. This self-imposed restriction is perhaps why so many French chefs have only found the freedom to express themselves beyond French borders –  both literal and metaphorical. Meder identifies a recent change, however. “Young chefs have more and more experience internationally, are more experimental with their cooking, and it is amazing for the customer. Finally, there’s an array of extraordinary cuisine at their disposal.”

On this evidence, the rumours of the death of French gastronomy have been exaggerated, to say the least. In the hands of these forward-thinking chefs, the canon of French food is entering what could just be the most interesting period in its history.

Now watch the highlights from #50BestTalks: Beyond Frontiers in Paris: